Tokyo. Preserve and celebrate the Kameki Tsuchiura house, one of the first Japanese modern houses

Inside one of the first modern houses ever built in Japan. Its architects Kameki and Nobuko Tsuchiura were pioneers of prefabrication and open-plan living in Japanese architecture. 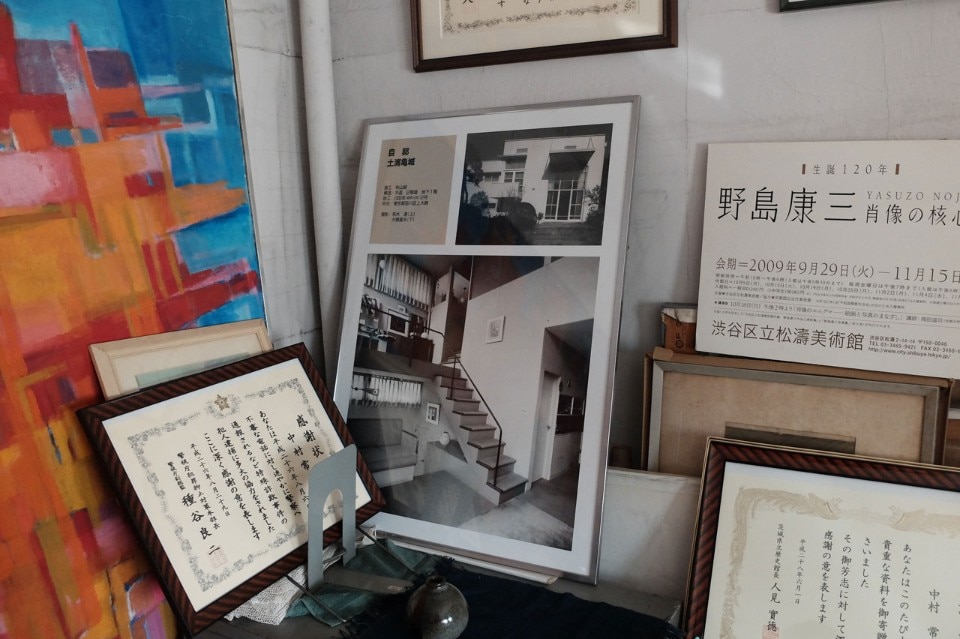 The origins of Japanese modern architecture are strongly associated with the personality of Frank Lloyd Wright, famous pioneer of American 20th century architecture and author of few significant buildings in Japan, built during the first decades of the last century. Some of the Japanese modernism pioneers had a renowned American architect as their starting point and role model to develop their own aesthetic. It was not only originally Czech architect Antonin Raymond, born in city of Kladno, who came to Japan to work with Wright on the construction of Imperial Hotel project in 1916. While Antonin Raymond later became the ultimate father of Japanese modernism and brutalism, another Wright‘s disciples Kameki and Nobuko Tschuchiura remained largely unknown, despite they built some of the first modern structures in Japan.

Kameki Tschuchiura, with his wife Nobuko, went to USA to apprentice at Wright‘s office, after working for him during the construction of The Imperial Hotel in Tokyo. In 1926 they returned to their native country and began to work on their own projects. During this period, the Tschuchiuras were influenced by both, Wright’s organic architecture and European rationalism and Bauhaus which provided them with more appropriate schemes for applying in social housing.

In 1935, the young couple decided to build their own house. They chose a small plot in Tokyo’s Shinagawa Ward District and built one of the first modernist houses in Japan. Reminding the white cubical structures of Le Corbusier’s houses from the late 1920s, in detail, however, the structure is also characterized by refined craftsmanship and materials of the traditional Japanese architecture. An intimate family house looks very modest from the outside. The façade, lined with white painted vertical wooden boards (original asbestos walls were replace after the World War II), opens to the garden with a large glazing as a distinctive feature of modern movement. The entrance is hidden bellow small balcony, doubled as a small marquise. Another suspended marquise is also situated above the floor-to-ceiling expansive window of the living room. These geometric lines of the windows and marquises add the house distinctive streamline character.

Inside, the architects used an open spatial program. The living room is the heart of the house, reaching over two storeys. A narrow staircase with a minimal metal handrail reaches the gallery on the side which you can enter the small balcony from. Few steps leads to another two rooms of the first floor. At the right side, the bedroom is located. The Tsuchiuras designed built-in cabinets and other furnishings to create an efficient and well-organized space. Opposite, is located the architect’s former study. The house was also originally equipped with technological innovations, such as panel heating system on the ceiling or system kitchen.

Today, the atmosphere of the time when architects still inhabited the house is still very strong. The original architect’s studio is filled with books and documents. The photos of Tschuchiura’s hero, American architect Frank Lloyd Wright, have a prominent place here. In 1995, the house was designated a Cultural Property of the city of Tokyo. The importance of the building was also appreciated by Docomomo which selected the house as one of the top 20 selections of Docomomo Japan. In 2013, the organisation Friends of the Tsuchiura House was formed, including significant Japanese architects as Pritzker Prize winner Fumihiko Maki and Terunobu Fujimori. Through lectures, discussions and guided visits of the house, they are looking for ways to preserve and celebrate the house.