A moving brick facade in Münster

behet bondzio lin architekten has realised an office building in Münster, feauring a brick facade that creates a contrast between robustness and lightness. 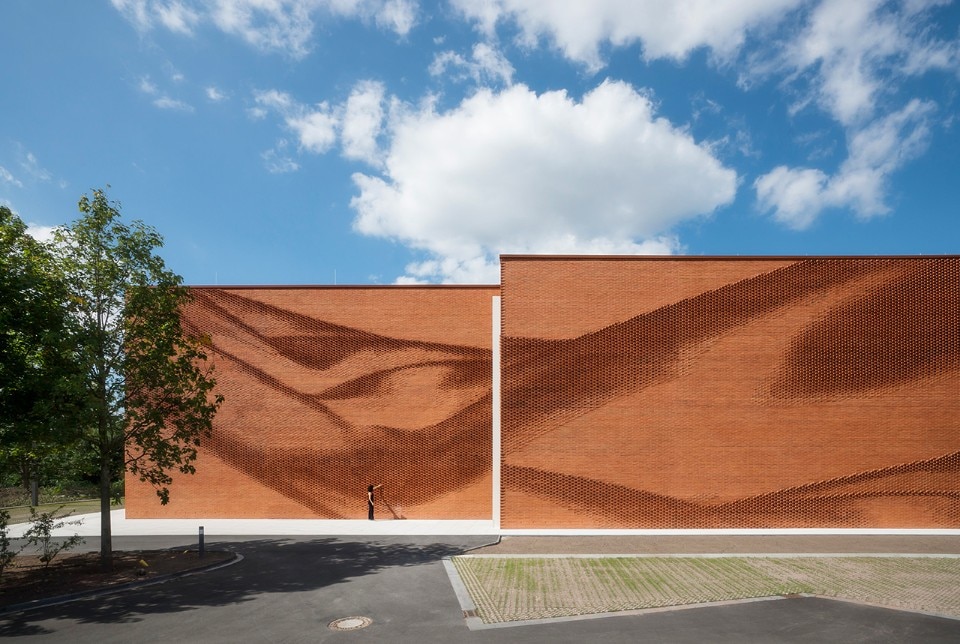 The design concept by behet bondzio lin architekten for the Association of the Northwest German Textile and Garment Industry aims to provide all employees with a view of the picturesque landscape to the north and to welcome those arriving from the south with a strong textile image. The elongated structure is enclosed on three sides by a completely closed brick facade. The volume, closed to the east, south and west and open to the north, is the basis for an energy-optimized office building.

Sign up for our newsletter and get domus in your inbox
In this gallery: photos and drawings
01 / 12
Share
Pin it

The inspiration for the brick facade is the alabaster fold of the Beethoven statue by Max Klinger, which is located in the Leipzig Bilder Museum. Max Klinger created a paradoxical perception here. The viewer sees a seemingly fluent light scarf over the knees of Beethoven and recognizes at the same time that it consists of solid stone. Following this picture, behet bondzio lin architekten employ six special stones with a gradient that increases in angle, creating a seemingly moving facade of light and shadow. The analogy to a light cloth over which the wind blows arises.

The separation and easy movement of the building volume creates a pre-area that receives the users and visitors and leads them into the building. To the north it opens almost completely over a glass facade to the exceptionally beautiful landscape. Due to the north orientation, all rooms are well supplied with daylight and do not require sun protection. This allows even in midsummer the full-time view of the employees in the countryside.