At the Deutsches Architektur Museum, the “SOS Brutalism. Save the concrete monsters” exhibition aims to save influential buildings belonging to the movement. 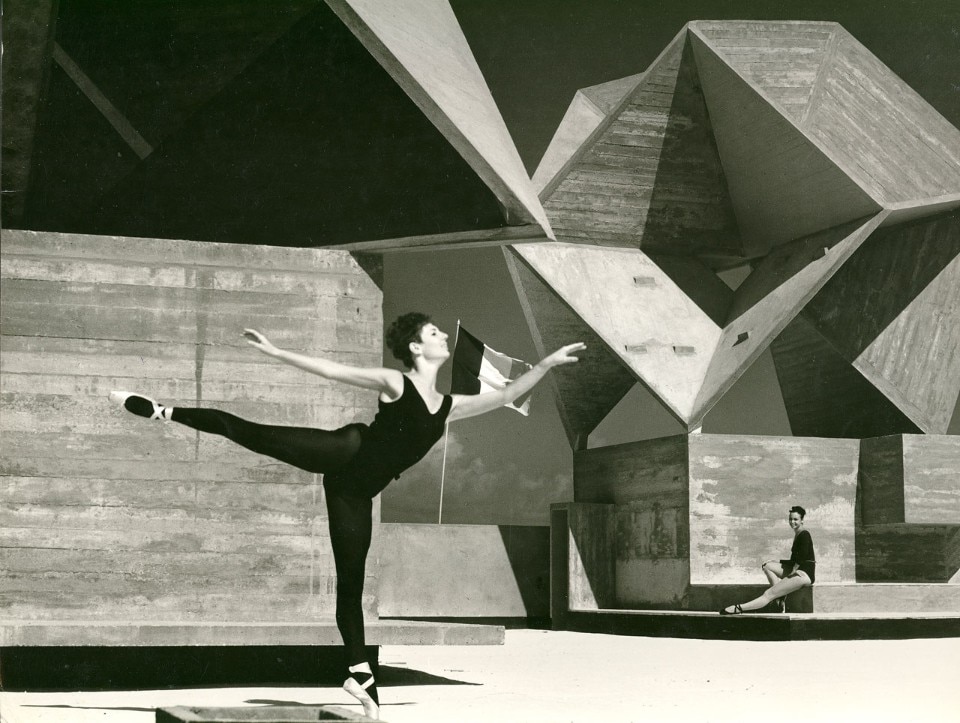 The exhibition is curated by Oliver Elser of online platform SOS Brutalism and organized together with Wüstenrot Foundation to define one of the most influential architecture movements of the last century. SOS Brutalism has focused on archiving and documentation of this significant architectural style through its own website, Instagram, Facebook and other channels to promote it and cement its recognition and appreciation within the wider public, which considers Brutalism as ugly very often. That‘s why many brutalist 20th century buildings are in danger of remodeling or demolition as we saw it recently many times. The last example presents recent demolition of Robin Hood Garden Housing Estate in London, which was built in 1972 by Alison and Peter Smithson and recognized by experts as one of the most important brutalist structures in UK.

To reduce other damages, SOS Brutalism surveys the buildings all around the world and inform about their current conditions. Brutalism as a style originated in the late 1950s work of Le Corbusier, who denied his pure white forms during the 1940s and strongly relied on the use of distinctive concrete structures, which shaped into the organic and bold forms. This raw aesthetic and true character of humble use of concrete gave the name to the whole movement. French term „Béton Brut“ defined the new architectural language of monumental forms, bold volumes and raw surfaces, that brough new sculptural sensitivity to the architecture. The term Brutalism itself was officially defined by a prolific British critic and historian Reyner Banham in his 1966 book New Brutalism: Ethic or Aesthetic, in which he described the creation of young European architects working with the principles, mentioned above.

Banham defined the stream of bold forms, concrete sculptural creations and, above all, the surface that many architects left raw with the imprints of wooden formwork, used necessary for casting these concrete forms. Brutalism as a style has become a very popular throughout the second half of the last century. Mostly used by architects in the designs of buildings for cultural, educational, administrative, religious and other public and residential purposes, Brutalism became the last celebration of modernist ideals and utopias, before postmodernism came to power during the 1970s.

The installation of the Frankfurt exhibition shows a series of models, photos, texts and other materials and highlights some of the most interesting examples of the brutalist architecture. Among the most famous examples, several rarely-seen structures are represented on the display. The curators decided to present the topic through several themes and perspectives, focusing on the material, preservation and geographical aspect of the movement, among others. The individual projects are divided into 12 important regions: North America, Latin America, Africa, South and Southeast Asia, East Asia, Russia, Central Asia and Caucasus, Eastern Europe, Western Europe, Middle East, Great Britain, Oceania and Germany, documenting how international the style was and how deeply imprinted itself into the different contexts. Visitors can see many diverse examples of global Brutalism, including projects by famous British architects as Alison and Peter Smithson and Ernö Golfinger, US architects as Paul Rudolph and I. M. Pei or Italian follower of Le Corbusier Vittoriano Vigano. Paolo Mendes da Rocha and Joao Vilanova Artigas presents so-called Paulista School which combined the concrete tectonics with the Brazilian tropical climate. Other notable projects, represented on the exhibition, were designed by diverse crowd of architects, including Mexican Agustín Hernandez, French Georges Adilon, Swiss Walter Maria Förderer, Australian Robin Gibson, German Johannes Möhrle, Lebanese Khalil Khoury or Japanese Youji Watanabe, to mention just a few.

SOS Brutalism displays dozens of models, built by the Kaiserslautern Technical University. Cast concrete miniatures, 3D plaster printings and large-scale cardboard models are on display. The exhibition is accompanied by a new book that was edited by Oliver Elser, Philip Kurz and Peter Cachola Schmal and published by Swiss Park Books as a first ultimate global survey of archive of Brutalism.