The Why Factory has published “Copy Paste”, a manual for students teaching them how to retrieve the old to create cities the way Duchamp turned out readymades. The important thing is to cite the author. 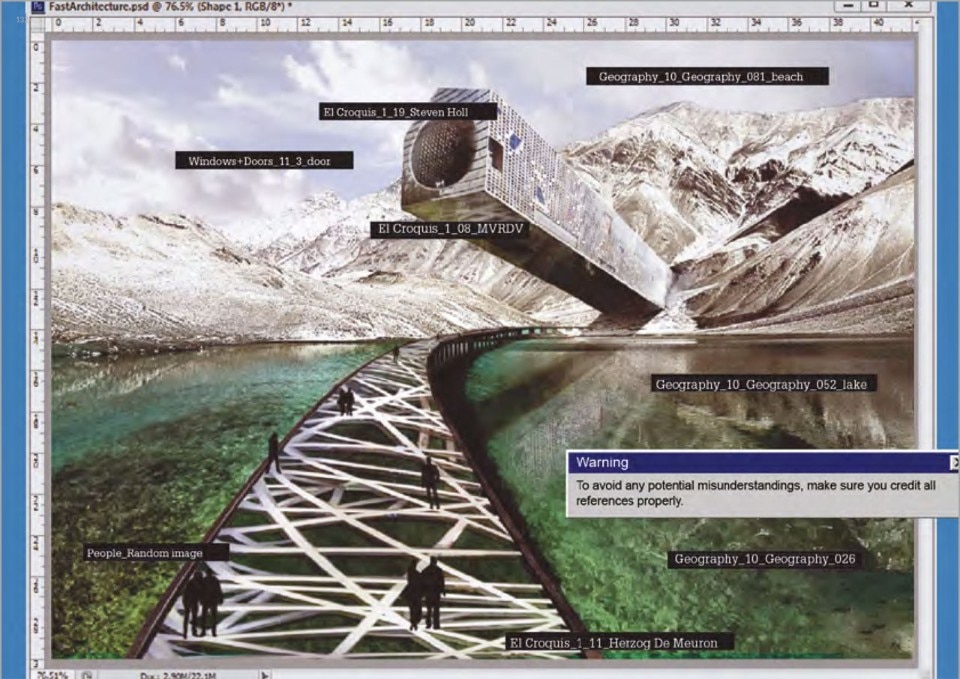 “Free from eternal guilt.” In art, (original) sin is not plucking an apple from the tree of knowledge, but copying it. The book “Copy Paste. The Badass Architectural Copy Guide” by The Why Factory – written by Felix Madrazo and Winy Maas – invites you to learn how to copy properly, using a system of references and citations similar to that used in science. Felix Madroza of The Why Factory explains what it’s all about. Written in the provocative style of a manifesto, “Copy Paste” isn’t one. “It's just a manual that contains practical tricks on how to copy right.” Hence, a manual for architecture students on how to copy properly, above all while staying in the right. It serves two purposes: one aesthetic and the other functional.

We’ll start from beauty, which in any case will save the world. Originality is an obsession with architects, but they are not alone: individuality and personalism are postmodern cultural and political trends. Originality at all costs can produce freaks, monsters, the fruit of an extreme urge to leave a mark. And it is in the freak that postmodernism reaches its apex, but also reveals its weaknesses. The truth, as the authors say in this book, is that we do not need new forms, when the functions are still the same. So they suggest a culture of knocking out copies of whatever already exists. This is certainly no novelty in the art world. It goes back to the Renaissance, when it was considered not copying but emulation, reinterpreting existing forms. J. L. Borges described one Pierre Menard, who recreated Don Quixote so it was identical to Cervantes’ original. What had changed? The context. Borges writes: "The text and the Menard text are verbally identical, but the second is almost infinitely richer ambiguous his detractors will say – but ambiguity is richness".

In its manual, The Why Factory suggests playing a game, Games of Clones, which involves setting well-known buildings in new contexts: in short, recontextualising. But won’t recontextualising the existing produce even worse freaks, with an even more overpowering character? “No”, explains Madrazo “the context explained by Koolhaas becomes weak when cultural specifics are superimposed.” His words “the inert can never overcome semantics” are liberating. The copy is by definition innocent, it will never be the same.” In short, it is the context itself that conveys a new meaning, even an authorial meaning, but without encroaching on creativity. Copying is an operation that needs to be done lucidly. “We do not propose anonymity, but we are proposing a quotation system as used in science.”

So we come to the functionality that saves the here and now. From a practical point of view, according to The Why Factory, borrowing or copying the existing implies an easier and faster production process. And then, never forget the “functional” aspect of the craft. So while in this whole game, recontextualisation recoups the readymade, on the other hand the project certainly should not disregard the functional aspect. As Madrazo concludes: “Architects need to respond to briefs, so we will never have the same liberty as Duchamp. But to a great extent Adolf Loos’ proposal for the Chicago Tribune competition does show the possibility of copy and paste in a less functional perspective.” Loos turned the newspaper tower into a Doric column, with an allusion to newspaper columns. Not practicable. But new, ancient, significant and authorial (in short, an artwork)