To renovate a building in a 1970’s office block in London, Studio Seilern Architects used an origami pitched roof that adds space and light without interfering with local regulations. 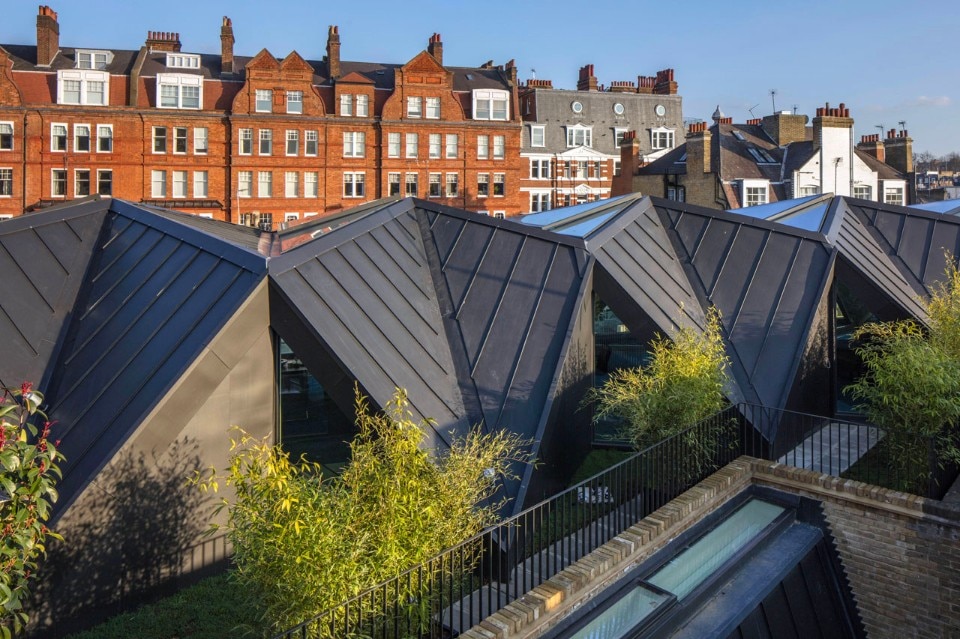 Studio Seilern Architects refurbished a building located into a 1970’s office block in London, to create the Ansdell Street office space. The intervention comprised the renovation of the interior spaces while retaining the existing structure and adding a new stair and lift core. While the existing facade was re-clad, an origami roof structure was added.
01 / 12
Share
Pin it

The main challenges of the existing building included the limited floor to ceiling heights, residential-type windows. The new facade incorporates more commercial large scale windows, which mitigate the lack of natural light and reintroduces the principles established by the late 19th Century buildings that once occupied the site. At ground level large warehouse window openings were introduced, giving the building a distinctive character more reflective of its use.

Using an origami geometry, the mansard roof pitches back from the street front to achieve the desired ceiling height, while avoiding an imposing bulk when seen from the street. Due to the pitched nature of the origami structure, the massing appears more sympathetic, and integrated in the overall local regulation constraints. The regularity of the structure adds to the rhythm of the facade, while not being overbearing. Inwardly facing triangular full-height glazed openings create a light and open environment from the interior of the building.
Sign up for our newsletter and get domus in your inbox
01 / 12
Share
Pin it