This house in Mexico by Comunal: Taller de Arquitectura features a modular and prefabricated building system, based on panels made with bamboo oldhamii. 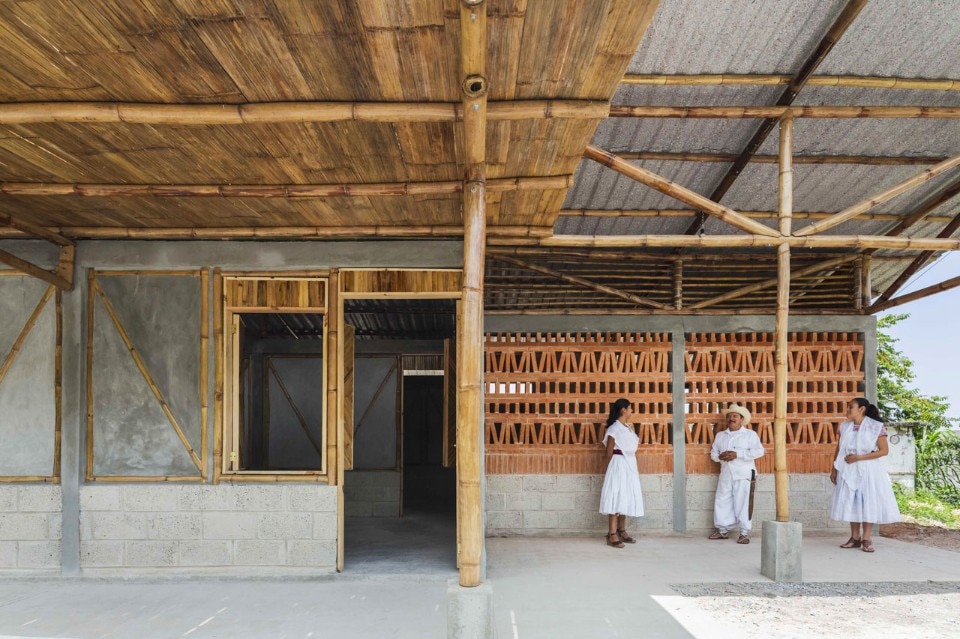 Given this scenario, together with Indigenous Cooperatives, Comunal: Taller de Arquitectura decided to make a second housing exercise that avoid using local bamboo species as structural elements. This second exercise preserves the modular and prefabricated building system based on panels made with bamboo oldhamii. The construction system uses only three elements (two trusses and a panel with its variants); these elements are pre-fabricated and assembled once the structural frames have been finished, which significantly reduces site construction time. Also, the approximate assembly time is one week, reducing labor costs for a low budget project.

Once installed, bamboo panels are coated with ixtle (local tissue used to make coffee sacks) and a thin layer of mortar. Once the base structure has been placed, the beams and subsequently the ecolam sheet are fixed. This last one is a product made from food-grade aluminum waste, which gives thermal, acoustic and antibacterial properties. In addition to local materials, which allow the villagers to contribute in kind and labor to reduce the cost of their homes, the project has an optimum environmental performance. In the case of water, rainwater harvesting is used, as well as wetlands for reuse of gray water and biodigestor for sewage treatment. As for the climate, basic bioclimatic strategies were implemented to combat the region high temperatures.