China is the most critical and significant example – for the numbers/proportions with which building impacts on the economy and in society and for the speed and entity of the modernisation phenomena in motion – if we are to determine and assert a potential social and collective role for architecture. 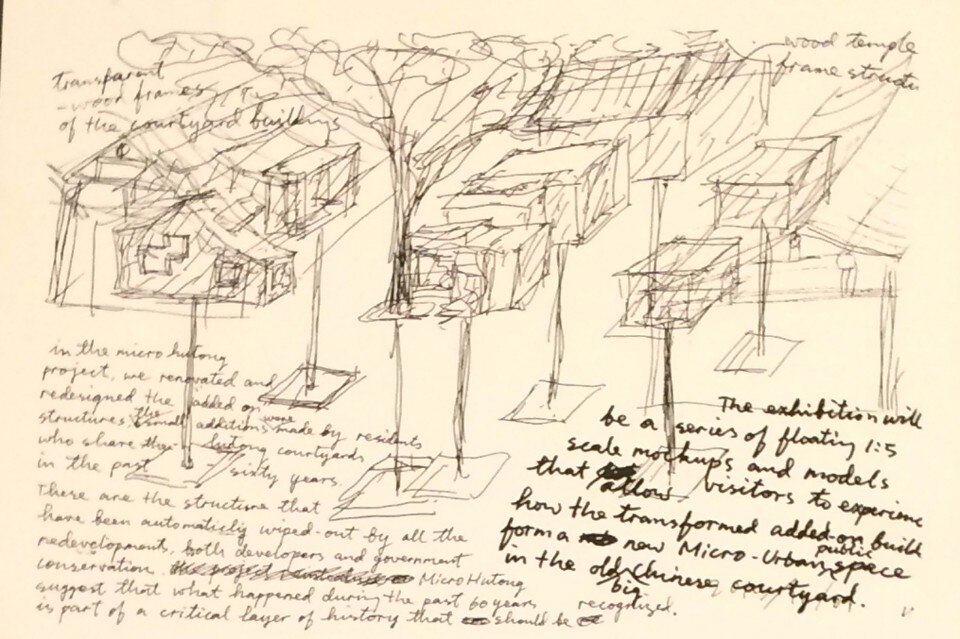 The issues raised by the curatorial approach to the 15th Architecture Biennale prompt broad reflection on the ability of architecture to extend its role as a social art to the maximum, shaping everyone’s habitat and not simply that of a small élite.

Many works on show travel intrinsically in this direction while some seem to belong more to that élite group of architects who have always been popular with the rich and adopted an ethical mantle more for media purposes than out of true vocation.

China takes a fascinating stance at the Biennale with a reflection expressed by several on the forms and methods of architecture. It is this nation-continent, along with Africa and India, that is the most critical and significant example – for the numbers/proportions with which building impacts on the economy and in society and for the speed and entity of the modernisation phenomena in motion – if we are to determine and assert a potential social and collective role for architecture.

From the People’s Republic of China Pavilion to the works by Wang Shu and Lu Wenyu (Amateur Architecture Studio), Liu Jiakun and Zhang Ke (ZAO/standardarchitecture) at the Arsenale for the “Reporting from the Front” exhibition, Chinese architecture is clearly trying to take responsibility for its potential to alter the built environment. Starting from a marginal position compared with the violent changes – witnessed recently and still in act – to the city and Chinese territory, the highest architectural culture expressed in China is making a manifest attempt to distance itself from the typical forms of the mainstream phenomena in building and urban expansion. A desire to define new forms and strategies – from designing the city and buildings right down to construction methods and materials – has now come to maturity and is capable of updating the specific skills, traditions and material cultures of this huge people.
As a result, the China Pavilion features a number of experimental experiences regarding the revival and renewal of the tradition of using timber as a raw construction material and in response to the damnatio memoriae that recent and not so recent modernity has applied to construction methods. The millenary tradition of mujiegou has been rethought and updated with new technology able to produce lightweight prefabrication that responds to the growing building demand, especially in non-urban situations, for low houses and types such as schools and services compatible with the renewed and extensive use of a material typical of Chinese building tradition.
The experimental pavilion, accessed in the Giardino delle Vergini, is exemplary in this sense. The application of timber is presented in a way that goes beyond the nostalgic and vernacular on contemporary Chinese society usually seen today within the tourist souvenir spectrum and seeks new forms, better suited to the times and to a natural fusion with the Western culture. Even the curator of the China Pavilion, Jingyu Liang, by giving the title to his “Daily Design, Daily Tao” project, is keen to restore a routine dimension to the architectural project, programmatically likening it to that of fashion design, more closely linked to consumption; this shows that the need for a modern lifestyle does not necessarily mean abandoning extraordinary cultural traditions but rather updating them.
Shu and Lu Wenyu (Amateur Architecture Studio) have produced a remarkable work on material cultures and on new and old linguistic codes – based on construction methods and inventions using local materials but crossed with new forms. In 2012, the Fuyang community commissioned a national museum and the Studio replied with a project that was extended to recovery of local traditional villages via the study and reinterpretation of their history, materials, crafts and building methods. Stunning 3D palettes illustrate tests and portions of walls and cladding produced with local materials; there is an exemplary part featuring an unfaced-concrete treatment, achieved by using bamboo formworks.

Zhang Ke has embarked on a battle against the tabula rasa of the Chinese city by revisiting the hutong, a traditional courtyard type replaced by the late-Modernist suburban skyscrapers built to accommodate the huge influxes to the cities. The work hypotheses explored using models (a constant presence in this Biennale) show the concept of an efficient city with a high standard of living created using a new dense but not intensive model.

China is an ongoing workshop and still has time to define a human path towards full-on modernity via architecture.