The third edition of the series of meetings and exhibitions organised by the British School in Rome continues to create a dialogue between architecture and other art forms. Curator Marina Engel gives Domus a preview of this year’s programme. 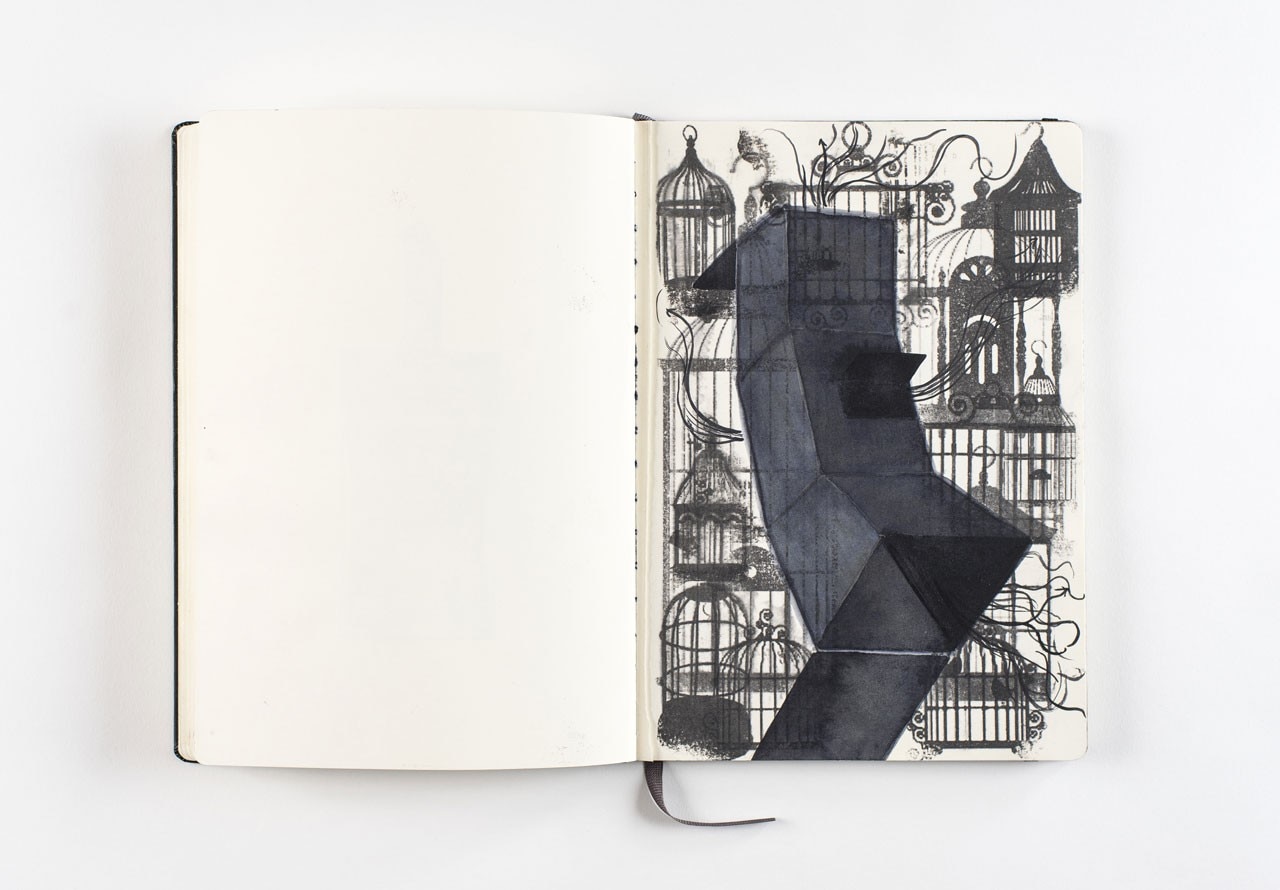 “This is Tomorrow” at the Whitechapel Art Gallery in London in 1956 saw artists, architects, musicians and graphic designers working together on a show that was to revolutionise the way art was approached. From that moment onwards, the crossing of confines and interchange between different disciplines and creative processes has become a mark of British culture.

Based on a similar notion is “Meeting Architecture III”, a series of meetings and exhibitions organised by the British School in Rome and curated by Marina Engel, that creates a dialogue between architecture and other art forms. The theme for this year, “Fragments”, considers the extent to which the memory of an individual, along with that of an entire civilisation, is linked to buildings and what houses them and how relics and ruins represent a fundamental part of our identity.

“The events of human life, whether public or private, are so intimately linked to architecture that most observers can reconstruct nations or individuals in all the truth of their habits from the remains of their monuments or from their domestic relics”. These words of Honoré de Balzac form the manifesto of the new edition that from December 2015 to June 2016 will see a mix of architects, visual artists and historians all with the shared aim of interpreting the fragment, in the sense of ruins, rubble, a home, personal object or photograph.

Beatrice Zamponi: What prompted you to choose this subject?

Marina Engel: We started looking at Rome with its layers of history and culture that date back thousands of years and we chose a theme that regarded every aspect of research at the British School: humanistic studies, architecture and visual arts. We then focussed on the fragment in the broad sense, thinking about the extent to which memories, emotions and ideologies are constantly linked to ruins, to buildings and what they contain. We decided to focus on two points: the destruction of monuments and archeological sites of shared heritage in war territories in an attempt to erase the cultural and ideological identity of the various countries and peoples in question, and the reconstruction of a personal or collective history by reassembling actual fragments.

Beatrice Zamponi: How are you developing the research begun in past editions and what can you say in general of the work done from 2013 up to today?

Marina Engel: “Meeting Architecture III” continues to explore how architecture collaborates with other visual arts but also with history and archeology. The aim of “Meeting Architecture I” and II was to examine convergences and divergences between the different creative disciplines in terms of sources of inspiration, working methods and results and to try and understand how one could help develop the others. Right from the start, we concentrated on those rare examples of collaboration in which architects and artists conceive and design a project together instead of contexts in which the architects invite artists to simply make decorative additions. On the basis of this choice, we then examined some of the more representative collaborations of creative exchange such as that between sculptor and writer Richard Deacon with architect Eric Parry or the experiences of the German artist Thomas Demand with the Anglo-Canadian architect duo Caruso St John. Finally, we also looked at the common ground shared between architecture, cinema and music inviting architect David Adjaye and his composer brother Peter and we examined how the architectural studies of director Amos Gitai influenced his work as a filmmaker.

Beatrice Zamponi: Going back to this edition: the programme is quite articulated, can you talk about the various guests?

Marina Engel: We concentrated on war or post-conflict areas and began working on the programme a long time before the explosion of the refugee crisis and Isis attacks on sites of artistic and cultural heritage. A number of different artists and architects are producing some very interesting works in Lebanon, Israel and in the Occupied Territories precisely on the theme of the fragment. The visual artist Dor Guez will present “40 Days”, an exhibition that describes the persecution of Christians-Palestinians in the Middle East. According to a belief of the Eastern Orthodox church the souls of the dead wander the earth for forty days before reaching the hereafter, during this time therefore prayers are dedicated to their memory before the tombs and in the churches. The exhibition combines a video of a personal nature that regards the family of the artist with images of tombs that have been desecrated and destroyed in the Christian Palestinian cemetery of Lod, a city between Tel Aviv and Jerusalem. The project is also linked to the creation of an archive dedicated to the Christian-Palestinian ethnic minority in the Middle East. The architect Eyal Weizman, an expert in architecture of the occupied territories in Israel, talks about Forensic Architecture, a study being carried out at Goldsmiths, University of London where he is director of the Centre of Architectural Research. The aim is to analyse rubble and debris produced by drones or other types of war attacks, using scans of archeological sites, films made with mobile phones and interviews with witnesses in order to compile a detailed reconstruction of the events from an architectural point of view. Then we have the architect and assistant director-general for culture at UNESCO, Francesco Bandarin, who will examine recent cases of attacks on the architectural and artistic heritage, starting with the destruction of the Mostar bridge (Bosnia) in 1993, on to the Buddha di Bamiyan (Afghanistan) in 2001, and more recent attacks in Mali, Iraq and Syria and will discuss the actions taken by the international community and strategies useful for improving and extending the protection of the cultural heritage.

Beatrice Zamponi: It is interesting to note that the programme takes place over a considerable period of two years. Why this decision?

Marina Engel: The theme is very extensive and needs to be studied in sufficient detail. The first year is dedicated to the Middle East, the year after to Eastern Europe and post-conflict war zones like Poland, in particular Warsaw, and Bosnia-Herzegovina. At the end of the series, the Royal Academy will hold a summer forum in London to discuss the themes of our programme while at the end of 2017 the work of all the participants will be brought together in a book and a comparison made of the various case studies.

Beatrice Zamponi: So you have guests lined up from September 2016 to the summer of 2017?

Marina Engel: Warsaw presented a particular case study and we asked two architectural historians from different generations to talk about its reconstruction after the Second World War and what followed the fall of the communist regime. Joseph Rykwert, for whom place is always constituted of disparate fragments: not only seen and touched but smelt and tasted – or even just recalled. And Grzegorz Piatek, the founder of Centrum Architektury, for whom the amalgam of fragments is the condition of settlement.

We have invited the Polish artist, Miroslav Balka, whose work often concentrates on the preservation of traces, on what is absent, on memory and loss. It questions both personal and collective memories; Balka’s Catholic upbringing and his family and the collective experience of Poland’s turbulent history, focussing particularly on the Nazi occupation of Poland. Helen Walasek will discuss her work together with archaeologists Richard Carlton with whom she carried out a study on the destruction of historic monuments and ethnic cleansing in Bosnia-Herzegovina. Finally, the Serbian video-artist and performer Dragana Zaravec will present Most, that describes the overthrow of the sixteenth century Ottoman bridge in Mostar, one of the symbols of the civil war in Yugoslavia between 1991 and 1995.

Beatrice Zamponi: The first event, on 10 December, addressed the destruction of architectural heritage as an instrument of cultural cleansing. What struck you about the thesis of the journalist and architecture critic Robert Bevan?

Marian Engel: I read the book The Destruction of Memory: Architecture at War in 2006 when it came out. Bevan was one of the first critics to write on the subject and this was many years before the acts of destruction that we have seen occurring recently in the Middle East. What I find particularly interesting is the historic analysis that examines the Nazi attacks on Jewish architecture during the Second World War, the destruction and subsequent rebuilding of a large part of Warsaw, the bombing of Dresden and the war in Bosnia. His presentation will form the introduction to all the cases that we will present in the two following years. As well as the book, an extract from the film of the same title will also be shown: The Destruction of Memory made just recently and to be officially be released in 2016, describing more recent events like the attacks in Mali in Iraq and in Syria. The book describes in a theoretical manner the war on culture, the film seeks a way to safeguard it and describe the commitment and struggle of the many people who have risked their lives for this cause.