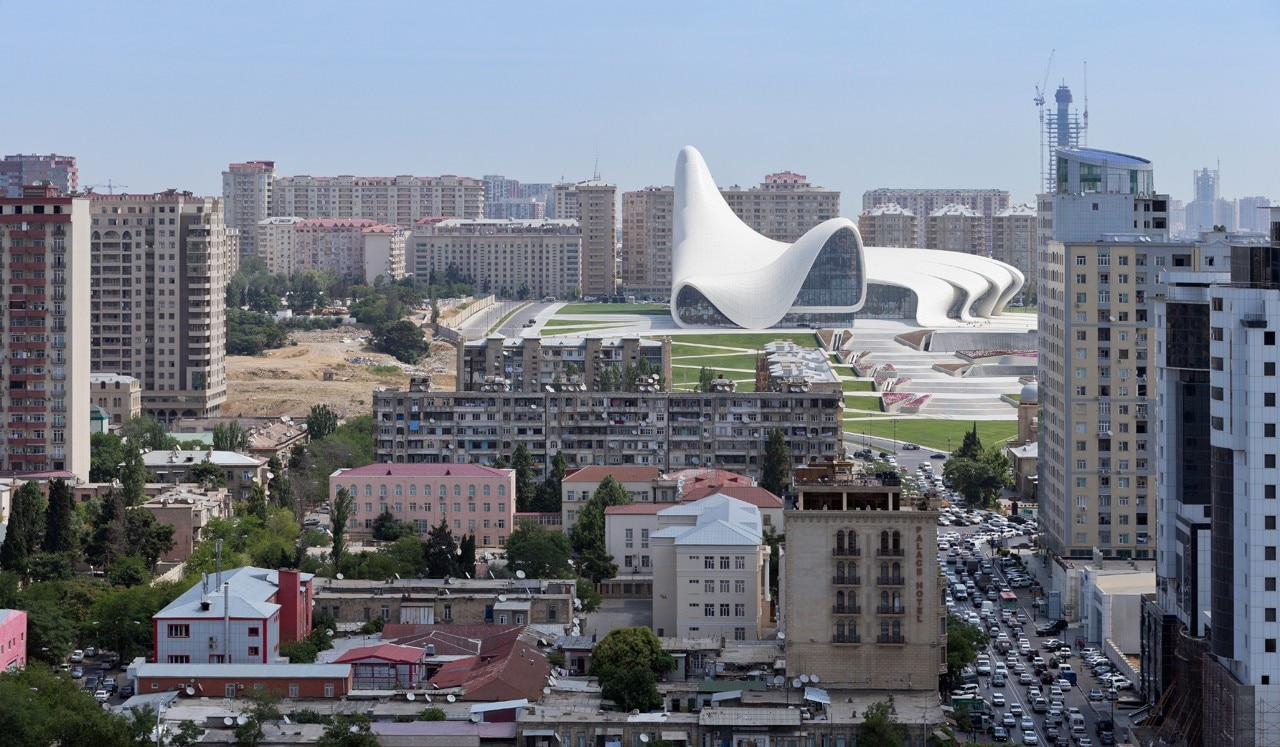 The design of the Heydar Aliyev Center establishes a continuous, fluid relationship between its surrounding plaza and the building’s interior. The plaza, as the ground surface; accessible to all as part of Baku’s urban fabric, rises to envelop an equally public interior space and define a sequence of event spaces dedicated to the collective celebration of contemporary and traditional Azeri culture. Elaborate formations such as undulations, bifurcations, folds, and inflections modify this plaza surface into an architectural landscape that performs a multitude of functions: welcoming, embracing, and directing visitors through different levels of the interior. With this gesture, the building blurs the conventional differentiation between architectural object and urban landscape, building envelope and urban plaza, figure and ground, interior and exterior.

One of the most critical yet challenging elements of the project was the architectural development of the building’s skin. Our ambition to achieve a surface so continuous that it appears homogenous, required a broad range of different functions, construction logics and technical systems had to be brought together and integrated into the building’s envelope. Advanced computing allowed for the continuous control and communication of these complexities among the numerous project participants.

In this architectural composition, if the surface is the music, then the seams between the panels are the rhythm. Numerous studies were carried out on the surface geometry to rationalize the panels while maintaining continuity throughout the building and landscape. The seams promote a greater understanding of the project’s scale. They emphasize the continual transformation and implied motion of its fluid geometry, offering a pragmatic solution to practical construction issues such as manufacturing, handling, transportation and assembly; and answering technical concerns such as accommodating movement due to deflection, external loads, temperature change, seismic activity and wind loading.

As with all of our work, the Heydar Aliyev Center’s design evolved from our investigations and research of the site’s topography and the Center’s role within its broader cultural landscape. By employing these articulate relationships, the design is embedded within this context; unfolding the future cultural possibilities for the nation.