Confine, grenze, frontière: how to inhabit these spaces?

The theme chosen by Switzerland for the Venice Architecture Biennale is both spatial and political, topical as ever. Vanessa Lacaille and Mounir Ayoub, curators of the project together with a director and an artist, talk about it. 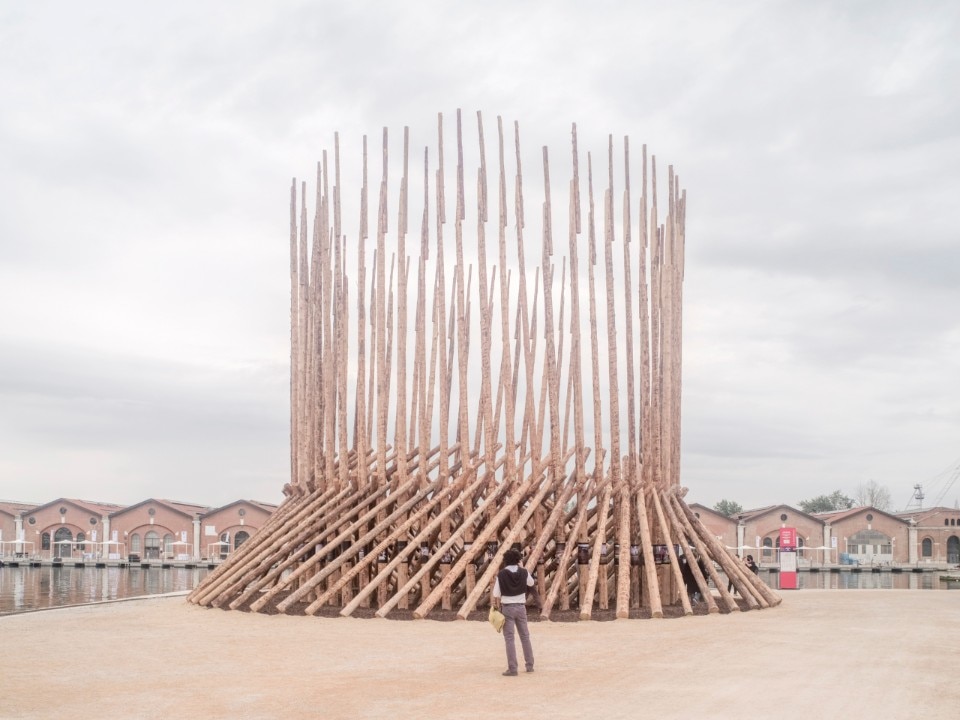 Borders and frontiers have been a subject discussed with increasing animosity for some years now, in the wake of the economic and humanitarian crises that have intensified the phenomenon of migratory flows and made it a daily topic of political and social debate. The needs linked to reception have been pitted against the need to protect those who live in the luckier half of the world, and the more virtuous parties have tried to reach solutions based on balance and fairness. The history and definition of the border have always been changeable: considered as a barrier, or a filter, or a crossing point.

The contours of this thorny issue have not changed with the arrival of the pandemic, which has nonetheless redefined its areas of application and the dynamics, leading to a hardening of the boundary lines ─ those between private and shared spaces, between municipalities, regions and states ─ in order to write new rules of coexistence, and therefore of neighbourhood. In this respect, Switzerland is an extraordinary territory for experimentation. This is why the Swiss Arts Council Pro Helvetia's choice of the curatorial proposal “Orae - Experiences on the Border”, curated by the Geneva-based architecture group Laboratoire d’architecture for the Venice Architecture Biennale in March 2019, proved to be particularly insightful and highly topical. It was already so in the political context in which it took place, it then became so when Hashim Sarkis announced the theme of his Biennale, and it became even more so with the advent of Covid-19 and the changes it brought with it.

Read also: The land of milk and honey is a bad dream, at the Israeli Pavillion

Vanessa Lacaille and Mounir Ayoub from the Geneva studio, together with the director Fabrice Aragno and the artist Pierre Szczepski, carried out their investigation into living together in border areas and communities, in order to understand how they are lived and what their potential is. They wanted to identify the spatial and physical dimension assumed by the border, to understand if we perceive it differently, what relationship we have with it.
“Our project deals with the question of border territories, its subjective representations and its collective narrative”, state Lacaille and Ayoub. “We began our research in 2019 with a 7-month tour to meet the inhabitants of the Swiss border. We worked in situ with them by making models of border territories”. The team travelled with models and videos, establishing a "mobile workshop" which served as a basis for discussion with the inhabitants of the border areas, to help them reconstruct their vision of the places where they live. Then, walking tours were organised with the locals, these experiences were filmed. This work was repeated for about twenty stages. The extra time given by the postponement of the Biennale to 2021 led to the implementation of models, videos, drawings and notes: the project promoters thought it was important to return to the border regions to record the new perception of the border after the pandemic.

Our project deals with the question of border territories, its subjective representations and its collective narrative

“During these two years we have met 83 people,” they say. “We have worked together to find a method to work on a precise terrain, the border, to build a collective knowledge.  We don't have one precise answer on how to treat this territory, but rather a snapshot of the state of affairs and a request to treat it as a real territory inhabited by people”. Any common points between the different realities found? “That it is a place where there is always an ‘other’, a neighbour, which makes it a deeply public space, with different subjects, with whom you may not have affinities, who have to share the same space. It is a place of otherness and not of identity. From an architectural point of view, there are common elements such as casinos, outlets, confinement structures, power stations, barges, even airports, building types that benefit from economic differences between countries. One would think that at the borders you put what you don’t like, even if it is necessary. Another feature is the large movements of border workers. It is interesting to understand how the frontier is experienced by those who live there. In this case, an unequivocal answer has been found. Vanessa Lacaille and Mounir Ayoub recorded the common feeling that, since the territory is experienced as ‘terminal’, there is no interest in completing precise projects for its redevelopment, that its needs are not seen. This at least emerged during the collective writing workshops held in the mobile unit, transformed into a forum on wheels during pandemic.

Why is this theme so important to “read” our epoch? “In the twentieth century, it was undoubtedly in the metropolises that the major territorial issues were most clearly observed”, they specify. “We believe that borders constitute a laboratory for observing the territorial phenomena of the 21st century (in Italy, think of Lampedusa). We think this is one of the challenges facing our generation of architects. And it is definitely political. We tried to encourage people to go to these places to study them, architects don’t go there usually. Our truck has formed a mobile architectural and political space on the border”. Which other challenges did the pandemic create? “We believe that the most significant problems we have are the same before and after the pandemic. Sarkis chose his topic before the pandemic. The theme he proposes “how we will live together?” encompasses much more than the questions we have to face in these particular moments. It’s the same with our theme. We believe that we undertake architecture to imagine a future, not to answer to a periodic crisis.”

We believe that borders constitute a laboratory for observing the territorial phenomena of the 21st century. We think this is one of the challenges facing our generation of architects