During its 50 years of activity, the Swoosh’s culture of innovation has been unfolding hand in hand with a mindset devoted to fighting climate change. 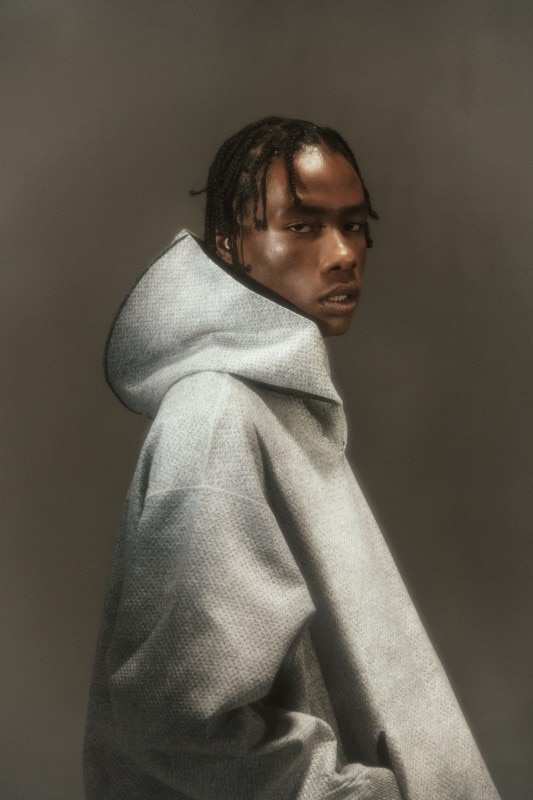 On the year of its 50th anniversary, Nike is launching Forward, a platform that introduces a revolutionary approach to fabric manufacturing, reducing the carbon footprint of the production cycle by 75 percent.

Forward is the result of five years of focused research, and at the same time the consequence of Nike's long history of sustainability: it was the late 1990s when the Swoosh brand set itself the ambitious mission of eliminating waste in the design of its products by 2020, a goal which – if we consider the partial halt caused by the pandemic – is being rapidly approached, especially in light of some key recent releases, including the revolutionary Nike Air Zoom Alphafly Next Nature, Space Hippie and Ispa Link.

The surprising results in the brand’s recent history, though, are the outcome of a longer journey that began as early as the 1980s with the introduction of Nike Hiking, ACG (All Conditions Gear) and Trail.

These lines, although not outspokenly sustainable in their aims, conceptually and technologically worked as a training ground for the brand’s environmentally-conscious philosophy to come, starting from Nike Considered.

Born in 2005, the line had the scope of pushing designers to create sneakers sourcing recycled materials and with the least amount of harmful adhesives and solvents possible.

It encompassed the now cult Considered Boot, a design with a woven upper and distinctive organic feel whose influence can be now traced in Nike’s mission to design with waste.

Failing to succeed. The Air evolution

First introduced in 1978 and brought to streetwear fame in 1987 by the Air Max, the trademark air-cushioned soles represented for a long time a sustainable issue, being their bladders originally inflated with the now discontinued perfluoroethane gas (Freon 116) and, then, with sulfur hexafluoride (SF6), a greenhouse gas later discovered to encompass damaging effects.

In 2006 The Air Max 360 was the first model to introduce a sole fully inflated using nitrogen and a new encapsulating technology (thermoforming), a sustainable goal that also triggered an overall improvement of the shoe allowing Air units to gain in matters of response.

The Air series also represents one of the most eco-friendly designs of the brand. Up to 90 percent of used Air materials can in fact find a second life, mostly contributing to new air capsules fully manufactured from upcycled sneakers.

Among these features the Air Jordan XX3 (2008),  Michael Jordan’s last shoe as a NBA player, and the franchise’s first design to meet all the Considered standards.

Read also: The new Nike sneakers are an ode to the power of waste in design

Weaving in a sustainable way

The Flyknit Racer worn by Somalia-American long-distance runner Abdi Abdirahman at the 2012 Olympics is now part of the Victoria & Albert Museum collection.

The shoe introduced at the 2012 London Olympics took the footwear and sportswear industry by storm with its game-changing technology Flyknit. It was the outcome of a research on alternative textiles for shoe uppers which had begun as early as 2001, embracing over the years the Considered philosophy as well as the brand’s Move to Zero mission.

The result was an unprecedented, digitally-engineered sock-like upper which allows infinitely detailed customisations. It is obtained by weaving recycled polyester threads and by “hacking commercial knitting machines” – an approach recently adopted for Nike Forward, another innovation promising to revolutionize the textile industry.

The apex of Nike’s fight against climate change has found shape in projects as futuristic in their looks as radical in their revolutionary stance. The Space Hippie line first, Ispa and Forward now, are some brilliant platforms standing as the Nike’s manifesto to employ a circular approach to design that embeds waste into its system.

Take the Space Hippie collection which, released only six months after the launch of Nike's Move to Zero initiative, is driven by the concept of making the most out of the finite resources surrounding us, just like astronauts on an explorative space mission.

The sneaker that at the time of its drop represented the Swoosh's product with the lowest carbon footprint scores to date, is also an ode to incorporate ingenuity in design, finding sustainable solutions to the limits imposed by an endangered environment. The futuristic-meets-raw Space Hippie designs, in fact, boast uppers obtained up to their 85 percent from recycled yarns, plastic bottles and t-shirts, cushioning coming from the production scraps of the Zoom Vaporfly and their trademark Crater Foam compound featuring 100 percent-recycled foam material.

Similarly, Nike Ispa embodies in its acronym, standing for Improvise Scavenge Protect Adapt, the will to introduce a new ethos which celebrates upcycling  over production from scratch with the ultimate goal of fulfilling the athletes' needs and improving their performances.

Forward adds a new chapter in the Swoosh’s journey at the vanguard of sportswear and textile design, suggesting that the next 50 years of Nike will be as exciting as the trailblazing half a century that we are now celebrating.