Beatriz Colomina’s vision of the future 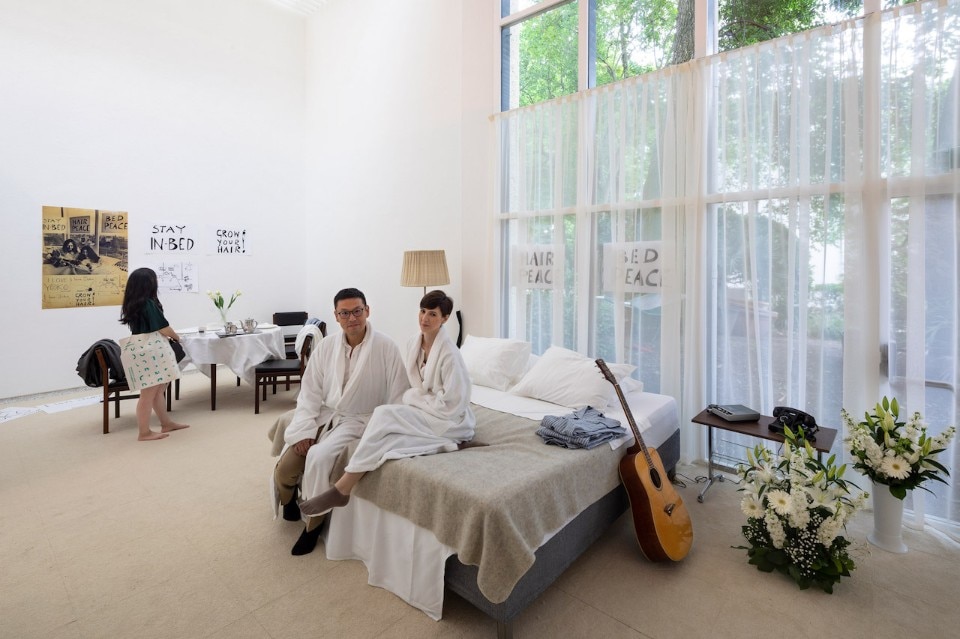 This article was originally published on Domus 1040, November 2019

We asked a number of authors we consider essential to provide us with an image of their choice to illustrate their words about the future of humanity and art. All the authors we contacted responded with enormous generosity to our call. In a context of climate crisis, of the threat of (yet) another global recession, and of profound scepticism about the future, one tries to find optimism between the lines written by each contributor. One understands that, even if there is no crystal ball that can tell what will become of us, there is a lot in the past to learn from – that crisis can be an opportunity to make us better, and that humanity has overcome previous calamities by giving imagination a chance. Let’s bring out the best in ourselves and design a future full of imagination. (Javier Arpa)

How do we relate to each other today when countless “new” technologies seem to structure every interaction? And what role does architecture play? What is the architecture of ubiquitous connectivity? The 19th-century division of the city between rest and work may soon become obsolete. Architecture as we know it might be obsolete already. Not only have our habits and habitats changed with the internet and social media, but late-19th-century predictions about the end of human labour in the wake of new technologies and robotisation are no longer treated as futuristic. Thirty-five years ago, the late economist Wassily Leontief reminded us that “They replaced horses, didn’t they?” and the business section of The New York Times recently reconsidered his idea of the end of the “human workhorse”: “Horses hung around in the labour force for quite some time after they were first challenged by ‘modern’ communications technologies like the telegraph and the railroad, hauling stuff and people around farms and cities. But when the internal combustion engine came along, horses – as a critical component of the world economy – were history... Humans as workhorses might also be on the way out.”

Economists wonder what kind of economic model this reality will lead to: from growing inequalities with vast amounts of people unemployed to large-scale redistribution in the form of universal basic income.

The end of paid labour and its replacement with creative leisure was already envisioned in utopian projects of the 1960s and 1970s by Constant, Superstudio and Archizoom. But then architects dropped the ball, blinding themselves to the huge transformations taking place. Meanwhile, the city has started to redesign itself without us.