Against the object: for a counter-history of design

Emanuele Quinz tells us about his latest book, published by Quodlibet,  describing the movements and tensions that have livened up the avant-garde design trends of the last fifty years 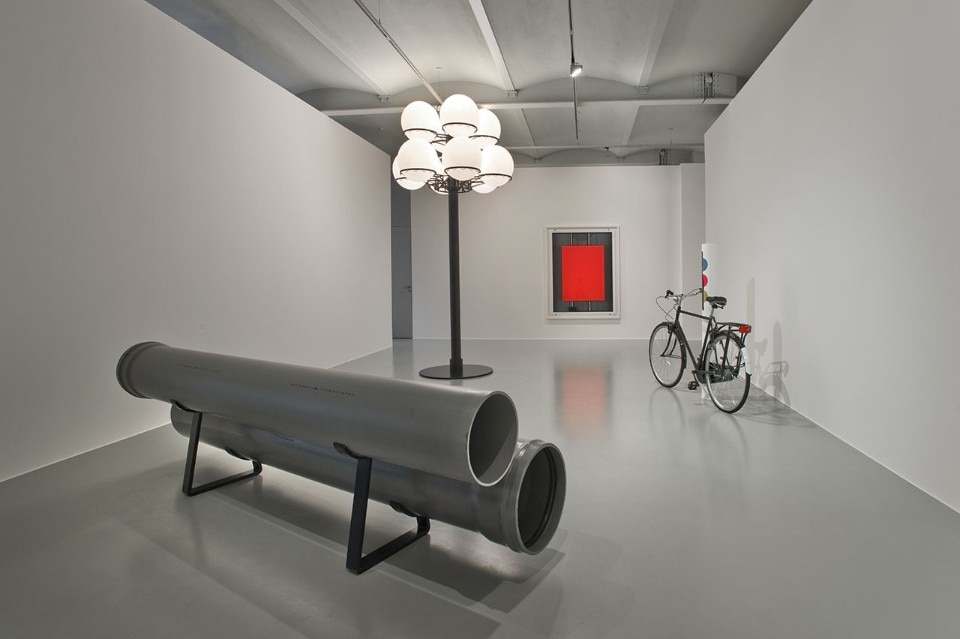 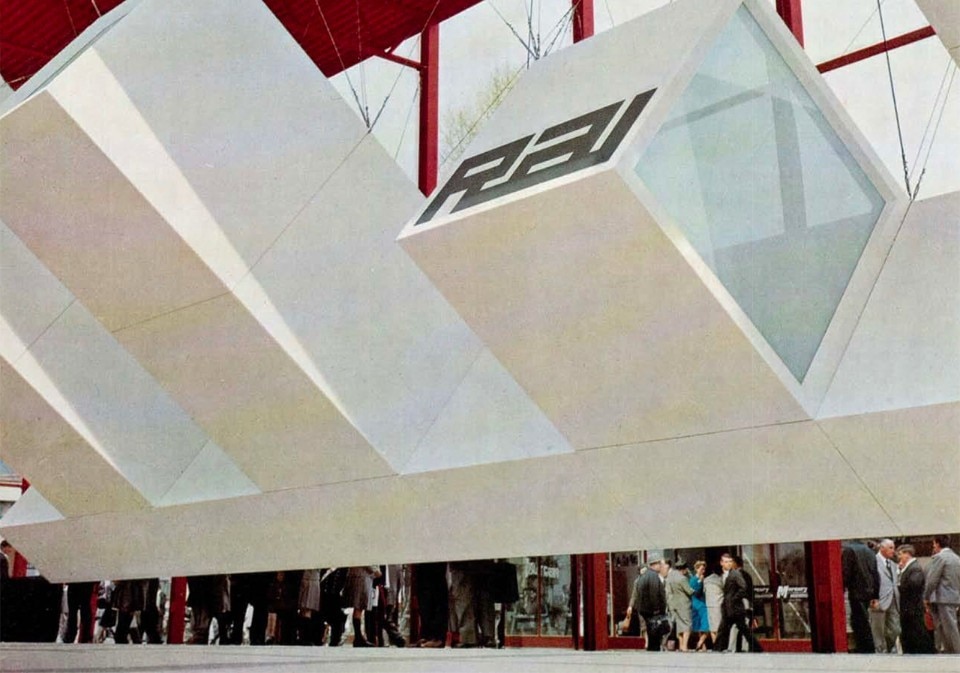 Emanuele Quinz is a lecturer at Université Paris 8 and teacher-researcher at EnsadLab. After more than ten years of direct confrontation with three generations of designers that have made their design research a side operation compared to the mainstream mantra of production-distribution-consumption, Quinz has created a book made of dialogues and exchange, as well as revolutionary leaps among utopia, research and normalization.

"Contro l'oggetto. Conversazioni sul design" ["Against the object. Conversations on design"] is first of all an attempt to relate three great design seasons that have managed to imagine a different presence of objects in the world: the Italian Radical design, the 90’s Dutch "conceptual design in context" and, lastly, the critical English design of the first decade of the 2000s. Bonded by the same tensions, yet very different in terms of political afflatus or narrative inclination, these three periods constitute for the author a privileged point of observation to lay the foundations for a critical design theory made, as Quinz himself reminds us, of "episodes like fragments of a sequence, or rather like the waves on a seismograph indicating the resurgence of a phenomenon", of which the author tries to "identify the constants and variables". By illustrating with painstaking care the concatenation of these movements yet leaving to each protagonist the possibility to freely express themselves, the book allows to delve into the stories of the individual designers, described as interesting round characters, escaping any canonization and claiming individual vocations and visions.

The title of the book evokes an explicit antagonism towards the object. Yet, the designers to whom you give voice are in different ways almost all involved in the production circuit. What is the value of the word "against"? Is the radical object always in danger of naturalization?
As I explain in the introduction, this book is not a manifesto against the object. Among the many designers I interviewed, there are some - for example Matali Crasset - who design objects for large-scale distribution and at the same time encourage a philosophical and social reflection that goes beyond the object and sometimes even against the object. It is a matter of reconnecting the design project to its anthropological roots, beyond the consumption styles and system. And at the same time, of underlining its critical potential. The naturalization, the fact that even the most subversive and critical experiences are absorbed and therefore neutralized by the business logic, is in my opinion one of the biggest problems, and it also applies to contemporary art. In "For a Critique of the Political Economy of the Sign", Jean Baudrillard analyzed this dynamic by saying that design is a fatality, and that even the most revolutionary artistic objects are assimilated by consumer societies and thus become design. I believe that there is no fatality, neither for art nor for design. On the contrary, precisely because there is a high risk of it happening, a real political commitment is required. It is also a historical and historiographical problem that I am very interested in and that involves the transformation of English Critical Design, launched by Dunne & Raby at the end of the 1990s, in which many subversive design projects were trivialized into gadgets or very glamorous installations.

Don't you think that the same thing happened in Droog Design’s case?
As Gijs Bakker himself admitted, "Droog Design has become a style, and this should have never happened". English Critical Design has toughened up the tones if compared to Dutch conceptual design, which represents a point of balance between the proposals made by Italian counter-design. Unlike the Italian radicals, who explored theoretical or utopian fronts, and the English, who replaced the object with the script and narrative dimension, the Dutch have kept the object at the center of attention - an object that is certainly conceptual, but still an object. Speaking also as a teacher, I could see how Critical Design has become the daily bread of many students. After all, if you talk to Dunne & Raby’s students, it is clear that, at the time, this trend brought a lot of freedom and a breath of fresh air comparted to the constraints, the industrial or post-industrial cahiers de charges. One of the starting points of my book Against the Object is this question: is conceptual design possible, or is it a kind of contradiction in terms of why design should be functional? In his interview, Elio Caccavale made this very clear: thinking of the object, the prototype, or the conceptual scenario as the end of a project isn’t the only important thing. On the contrary, it is only the beginning of the process, where the object constitutes the pretext that allows us to start a debate and give impetus to a transformation of the society. The alternative, otherwise, is an art object, sculpture or installation to be presented in the gallery, thus neutralizing its critical potential.

During the conversations that you collected in the book, you always evoke the relationship between design and art. Do you feel that this boundary is more significant than others? What does its displacement tell of the present?
Ten years ago this question was very topical, because between the 1990s and 2000s, there was a lot of contemporary art practices - I am thinking for example of artists like Liam Gillick, Martin Boyce, Andrea Zittel or Tobias Rehberger - who looked at the design object as a symptom of the rational project of modernism, proposing a deconstruction from the artistic point of view. At the same time, many design practices adopted certain formats closer to art. In recent years, on the one hand, other themes have proved to be more urgent than those of the frontiers of design, and on the other hand, many designers have started to play with ambiguity, proclaiming themselves both artists and designers. This change seems interesting to me, like all questions related to definitions, not because they must necessarily define a domain with fixed frontiers, but because I am interested in understanding how the reconfiguration and the renegotiation of these disciplinary areas evolves. Actually, I’m not interested in design itself, but in how designers define design. The definition is not just a technical program, but a real political project. At the same time, I am very critical of the ideology according to which design is the tool that can save the world.

What is the logical flaw of this assumption, if there is one?
Now I’m talking as a trainer: the training of designers is less and less a generalist training and more and more a specialized training. I am curating the French edition of Design for the Real World by Victor Papanek, in which he states that "the designer is a synthesist", a figure of synthesis who must have a level of culture and knowledge capable of ranging in different domains and coordinating different skills and experiences. It does not seem to me that designers today have these skills. For this reason, it is necessary to start training designers in school again: if we want to give the world in the hands of designers, we must make sure that they have a wide-ranging culture and not only a hyper-specialized one.

In the book, you often mention the fact that research in design is “still in the making”. What do you think are the most fertile fields of exploration?
Today, technological research is fundamental. The notion of design was born within the project of modernity. Desing is the tool, the weapon. The project of modernity has changed, but it has not died out.  We no longer talk about progress but of innovation, but it’s still pretty much the same matrix. By addressing the major ecological issues - Papanek was one of the first to discuss the problem, today Bruno Latour would do it – we are forced to reflect on the possibility to reconsider or even give up progress to preserve the Earth, reversing this inevitable race forward. Similarly, the question of the living is also of great interest. Today the relationship between natural and artificial becomes increasingly fragile. In any case, due to its strategic position, it seems to me that design can constitute a strategic observatory of the transformations of society. And when we talk about society today, it is necessary also to take the non-human into consideration: and this extension is one of the most interesting challenges.

The interviews were collected over a very long period of time. What did you learn about the solicitation of speech in designers – people not always used to translating the richness of their design practice in words?
Every case is different. But precisely because they have been built over time, I prefer to talk about conversations rather than interviews. They were exchanges and dialogues that have intertwined over the years. For example, Aldo Bakker's text has undergone countless rewritings, and with surgical attention we have revised each term together: a constellation of concepts has emerged, and we were both amazed. The dialogue with Pierre Charpin and Mathieu Mercier was originally very long (only an excerpt is published in the book) and started from the idea of comparing the approaches of a conceptual artist and a designer who work on very similar forms and share common historical references. Another interview that gave me satisfaction was the one with Martino Gamper, because he revealed himself gradually, proving to have a great culture, even philosophical. Some designers were refractory to the idea of theorizing their work. But not the Italians, especially the generation of radicals, who considered the elaboration of a theoretical position a fundamental part of their job as designers. They often invented precious formulas that gave their name to specific aesthetics - I am thinking of Gianni Pettena's anarchitecture, Clino Trini Castelli's no-form. Today, however, it is increasingly uncommon for designers to take a position in a theoretical and cultural context. And to me this is a big problem.