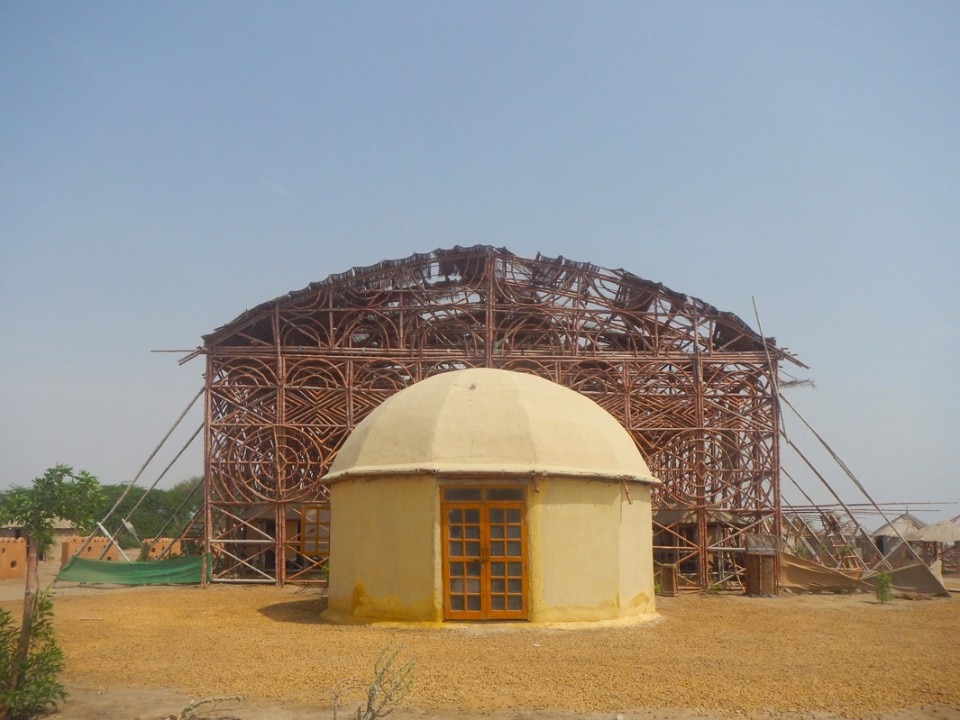 Yasmeen Lari (Dera Ghazi Khan, Pakistan, 1941) is Pakistan’s first female architect. She graduated in 1964 from the Oxford School of Architecture (todays’ Oxford Brookes University) and she is considered one of the pioneers of Brutalist architecture.

She is the author of important projects in Pakistan, such as the Anguri Bagh Housing complex (Lahore, 1978), with its low-cost dwelling units with innovative solutions for common kitchen facilities. Apart from the iron components, the complex is entirely made with local materials, thereby epitomising Lari’s architectural philosophy based on a respectful approach to vernacular techniques and the adoption of traditional building methods within an efficient and rational structural framework encouraging the users’ emancipation.

Other important built projects for the tertiary sector include the Finance and Trade Center (Karachi, 1989), the Pakistan State Oil House (Karachi, 1991) and the ABN Amro Bank headquarters in Lahore and Karachi (1998, 2000). In 2000 Yasmeen Lari closed her firm to dedicate herself to the activities of the Heritage Foundation Pakistan, the non-profit organisation she and her husband Suhail Zaheer Lari founded back in 1984. Created to protect Pakistan’s cultural heritage, the Foundation has also undertaken humanitarian projects.

After the earthquakes of 2005, this institution has in fact promoted programmes to train people to self-build zero-carbon footprint shelters using bamboo, lime, and mud with traditional building techniques: 40,000 of these units were built. Along the same lines is the project for the self-built Pakistan chulahs, the open-air kitchens made with sun-dried mud bricks and clay by the women living in rural communities. With the aid of an on-site master trainer, at a cost of only eight dollars per family (which include the two dollars for the training) the project has led to the creation of 40,000 kitchens over a period of 24 months.

Yasmeen Lari is UNESCO consultant and has been included in the list of 60 women who have contributed the most towards the organization’s objectives.