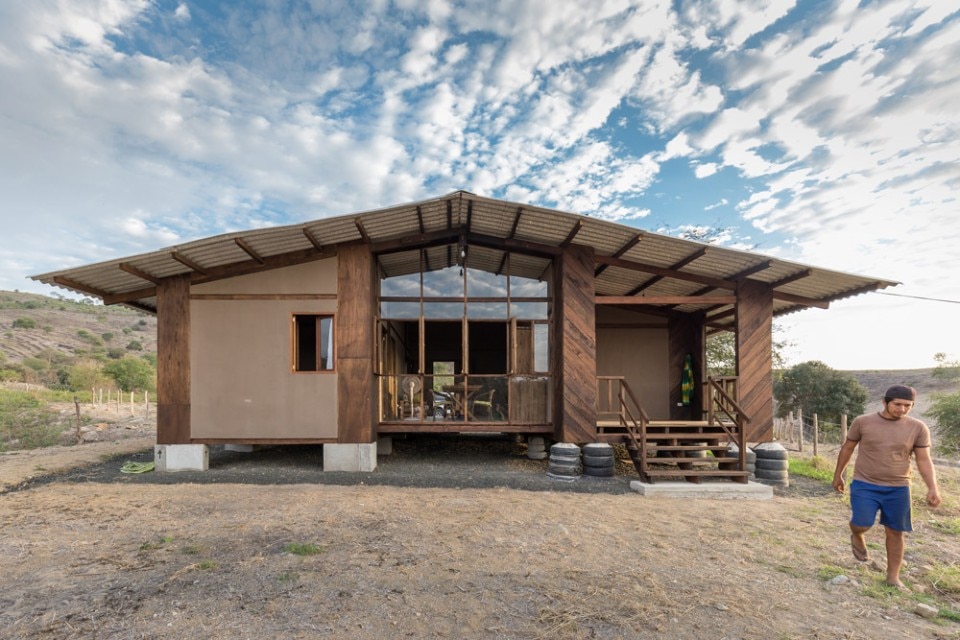 Featured in landmark exhibitions such as “Think Global, Build Social! Architectures for a Better World” (Vienna, 2014) and “Reporting from the Front” at the 2016 Venice Architecture Biennale, the group is known for aiming to turn scarcity into an aesthetic and socially empowering asset.

Convinced that the strength of an architectural project lies in the later autonomy of its users, Al Borde’s design and decision-making process rely on the involvement of the community in all phases of planning and construction, and the systematic exploration of the local context. From Escuela Nueva Esperanza (2009), a rural school in the coastal village of Cabuya, to the Culunco house (2015), a semi-buried family home, and the House of the Flying Beds (2017), a renovated historic property in the city of La Esperanza, each of its projects is shaped by vernacular practices and natural or upcycled materials available on-site.

Habitually working with small construction budgets, the team behind Al Borde (which was shortlisted for the Swiss Architectural Award in 2018) recently started to work on projects in emergency contexts. Their Post-Earthquake Prototype (2017), for instance, was developed following the earthquake that shook the coast of Los Horconcitos-Manabí province, Ecuador in April 2016.