Their buildings are conceived as spatial infrastructures born out of composition, but designed to accomodate future transformations 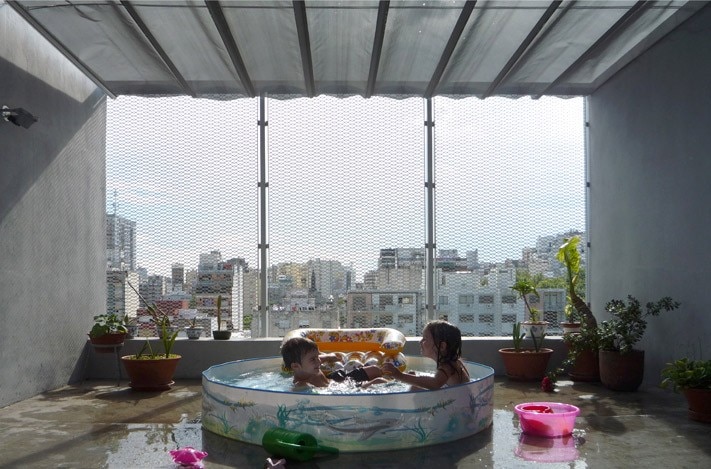 Sebastián Adamo and Marcelo Faiden (both Buenos Aires, 1977) graduated at FADU in Buenos Aires, and attended ETSAB in Barcelona while living in Madrid during the vibrant season when Spain had gained a prominent role within the architectural debate. The decision to return to Buenos Aires came with the desire to open their own studio in 2004, in the aftermath of the economic crisis that followed Carlos Menem’s presidency.

Today, Sebastián and Marcelo live and work in buildings they designed – their office is located in Edificio 11 de Septiembre 3260 (2012) – corroborating the mandate they have given themselves since the beginning of their practice: namely, to commit to the transformation of their city. Consisting of mainly residential interventions, their work encapsulates their multifaceted reflection on the theme of domestic space. Whether isolated (Casa Sáenz, 2012-; Casa Macchi, 2016-2018) or within the chaotic urban context of Buenos Aires (Casa Fernández, 2014-2015; Edificio 33 Orientales 138, 2012), their projects are far from being a minimalist whim.

On the contrary, their work conveys a sense of radicalism and pragmatism, where materials are often inexpensive and each time arranged in a defined set of details. Industrial metal mesh and frames make up buffers that seem to be both viewpoints protruding towards the exterior and spaces for individuals or families, such as in Edificio Bonpland 2169 (2016-2018). In these buildings, concrete, a material that embodies Argentina’s modernist tradition, can be often found painted white, but the traces of the framework are left visible, so as to acknowledge its history but strip away the sense of nostalgia that it emanates. Their buildings are conceived as spatial infrastructures born out of composition, but designed to accommodate future transformations.

Adamo-Faiden established itself thanks to these “modest statements” and is now working on large-scale projects for the city of Buenos Aires and for private developers, effectively balancing the difficult relationship between the specificity of the context and today’s international dimension of architecture as a profession.