How the pandemic changed museums, and arts 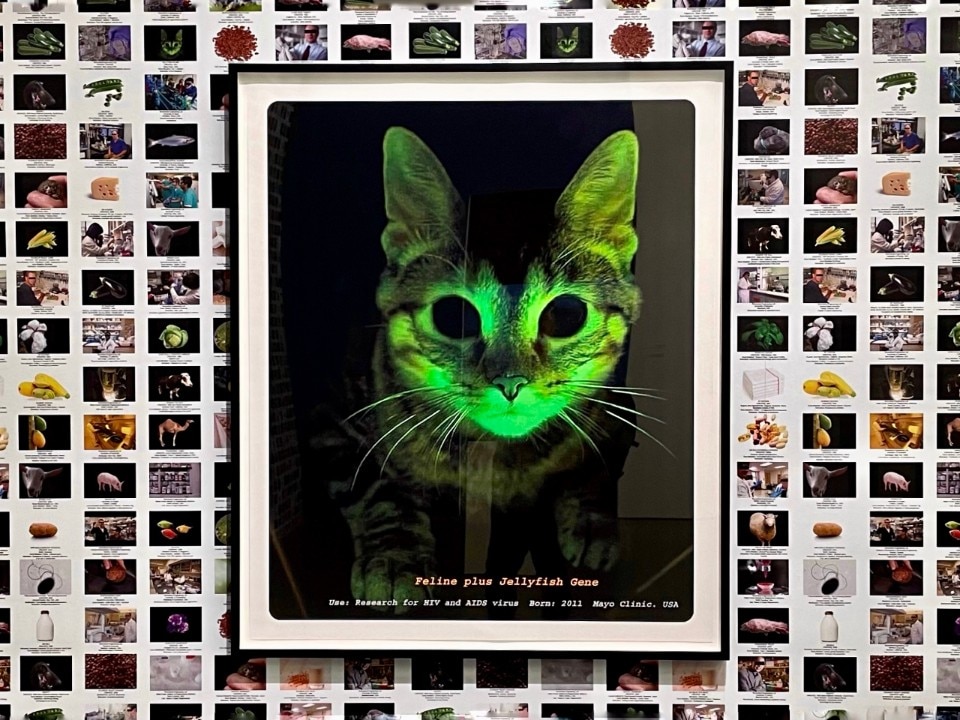 “Two interesting things guided how we acted during the lockdown”, explains Karen Wong, deputy director of the New Museum at the time of this conversation, recalling what happened last spring, and how New York’s museums responded to the outbreak of the pandemic in the city.

Firstly “a citywide task force of museum directors was created”, something not expected at all, she explains, since “museums are quite competitive, usually”. Still, the pandemic brought the museums closer together, looking for shared strategies, a necessary effort to avoid a fatal blow to the culture industry in a metropolis that has always prided itself of the richness of its arts, from the smallest local museum to gigantic, world-famous entities. “Everyone was in the same boat, at that point”, she says. And probably scared, I presume, their dismay fueled by uncertainty, by visions of a city done for good, forever submerged in the aftermath of the Covid-19 tsunami.

The other relevant aspect, and under many factors a consequence of the first, Wong points out, was the involvement of digital platforms in museums activities. It’s not that museums disdained the idea to have a part in the Instagram game before. “But it was the pandemic that made us understand that you have to know what to do digitally”.

Read also: The city and the pandemic. A summer in New York

For the New Museum, Italian artist Maurizio Cattelan invented “Bedtime stories”, a format based on a selected bunch of artists sharing a favorite passage from a novel, or their own writing. “That became a huge success”, Wong explains, “and so, other museums started looking at what we were doing”.

Entering the digital realm implies a change of paradigm, and new questions arise. How to translate the physical experience online is obviously the first, Wong explains. But not the only one. Can you simply replicate on Instagram the public programming you had in your museum’s theatre, for example? And even if the answer is yes, museums still need to find a way to make it economically profitable. “When we’re doing a talk in our theatre, we charge an admission fee, but if you’re doing it online, people expect content for free”. Every journalist knows that this is the same dilemma the publishing industry has been facing for at least a decade, swinging between unsuccessful paywall systems and shrinking revenues from advertising. But Wong is optimistic, and adventurous. “It’s uncharted territory, and all the museums are looking at it now, so in many ways it’s really fun, there’s going to be a lot of experimenting”, she comments with a smile.

On the other side, Wong is aware that during the lockdown we experienced a digital content overdose. We were bombarded, because, as she says, “Everybody is doing content now”. And that’s another issue to consider, in this new phase of museum life. With the reopening, expectations are for more in-person events, less digital cornucopias to swim into, and higher quality contents.

In New York, museums were able to reopen at 25% capacity this fall, and now are back to full allowance, but visitors need to reserve their entry. Introduced during the pandemic, the use of timed entries to access the exhibitions could still last after the emergency period is over. “Everyone’s fine to sign up for a time slot, it gives each visitor a better experience. I think it’s going to be something that all the museums will keep”.

Compared to music, theatre and dance venues, “museums are lucky, we’re open”, Wong says. For those working in the cultural sphere, “the real test is going to be how people react to Broadway: that’s a situation where you’re literally sitting next to somebody for two hours and you can’t move”. Museums are different: “The advantage of a museum space is that we’re in charge of our own body. If there’s a crowd in front of me, I will just back away”.

It’s something I’ve personally come to appreciate during my time at the New Museum, especially in WongPing’s exhibition, not completely empty, but not too crowded either. The Hong Kong-based artist is a film director, and four of his animated movies are shown on rotation in a space that Wong defines with an apt adjective, “generous”. “It’s important to create generous spaces”, she says. In that space, you’ll always find a bunch of  people watching the movie, lounging on a rug or bean bags; from there  they’ll then move to the great exhibition on the second floor dedicated to the work of seminal American artist Lynn Hershman Leeson, who predicted our obsession with technology back in the 70s, or they’ll go upstairs, where The worm, a CGI animated film that reinterprets an interview between Ed Atkins and his mother, is the central piece of the monographic show dedicated to the British artist. “Covid certainly influenced the work presented here at the museum, if you consider that Atkins’ conversation with his mother happened during the pandemic”, Wong says, pointing out that the exhibitions now on display were initially planned for last year, and so they evolved during the lockdown. “He decided to rethink and reframe”.

Let’s be honest, you can easily get bored talking to people who work in the museum industry; it’s as if their cultural ambitions, instead of amplifying their perception of things, have cut them off from what normal people do - food, monthly bills, concerts, life in its broadest sense. And I’m talking about that ambitious decadence so well portrayed in some scenes of The square, Ruben Östlund’s satirical film about the life of a curator that won Cannes a few years ago.

But none of that applies to Karen Wong, a curious and brilliant woman who is leaving the New Museum this August, after nine years, in order to found Guilty by Association, an organization that will focus on the artists who are not well represented.

Sitting outside on a sunny day we talk about Kombucha, an ubiquitous drink in New York, and about why for Wong its wide consumption is a sign of a wider “emergency of wellbeing in current lifestyles”; about QR codes, and how they became popular overnight, so that it’s now more normal to frame one with your phone instead of picking up a piece of paper or a brochure: “QR codes have been around for a decade” she says, “everybody thought they were ugly, and then restaurants – not cultural institutions – created mass adoption”; about the upcoming 2021 Triennial at the New Museum, that will gather artists from all over the world, with all the uncertainty due to travel restrictions; and again, about Broadway and Netflix and museums: in Karen Wong’s words, boundaries between those that we define as fine and performing arts, between digital and physical domains, and the opposition that we see between physical events and YouTube shows, they all vanish in a fluid conversation, where the museum is a microcosm that needs to be mirrored into a bigger picture in order to come to life.

The same distinction between the arts that we have used up until now will probably no longer make sense, because new convergences will be created: and so, in the great puzzle of art, the time has perhaps come to take the pieces, swap them, replace them, create new connections, and it might eventually happen that the whole scenario is redrawn. It will be different, it will be changed, but it will still be art. And it could be the future.

All photos, unless otherwise indicated, were taken with a Fujifilm X-Pro3, kindly provided by Fujifilm Italy.

Opening photo: a detail from Twisted, the exhibition dedicated to the work of Lynn Herschman Leeson.