Sissi Cesira Roselli photographed the classrooms where scale models of the world and its mechanisms, that once were the tools of the scientific and technique knowledge for generations of students, now lay abandoned and useless. 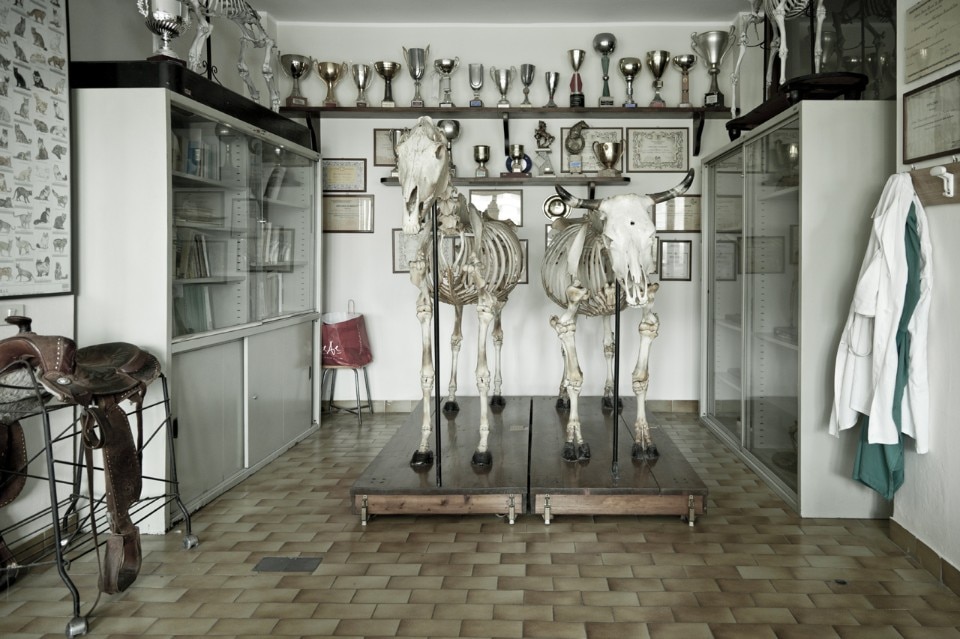 Share
Archaeologies of schools is a photography project about the method, which has all but disappeared today, of teaching through the use of physical objects.

The project comprises a series of photographs taken inside school buildings, particularly in the labs of the various specialization tracks. This is where, until a few years ago, scale models of the world and its mechanisms were used to transmit knowledge, and these have gradually been replaced by a virtual interface. The project acts as a narrative about the de-materialization of knowledge and as a visual archive of objects in order to record this dividing moment between two completely different ways of educating the future inhabitants of our cities.

A sort of atlas for the future, it provides documentation about objects that are becoming obsolete for the benefit of those who will no longer know what purpose they once served; a gallery of memories to help guide our vision once again in the midst of an ocean of pixels.

This work is a reflection on changes in teaching methods: the handing down of knowledge was once carried out with the help of tools, machines, globes, dummies and scientific instruments. These have been replaced increasingly by digital means and now lie abandoned in layers inside disused classrooms filled with a tangible past that still carries an esthetic and a meaning. The aim of these pictures is to portray as archeological relics the past attempts at providing physical, solid three-dimensional models of reality in order to better understand it.

The project is on show, curated by Sara Marini, from January 28 2017, at Lavi! City in Bologna, Italy.

Sissi Cesira Roselli (Bari, 1985). After a degree in Architecture at Iuav University in Venice, she obtains a scolarship for a master in Photography and Visual Design at Naba Milano, afterwards she concludes her PhD with a thesis on irony in architecture. Her research is focused on documentary photography and architecture theory.