Environmental Insights Explorer is a new tool capable of mapping cities with a greater need for greenery to slow down the warming of the temperature. 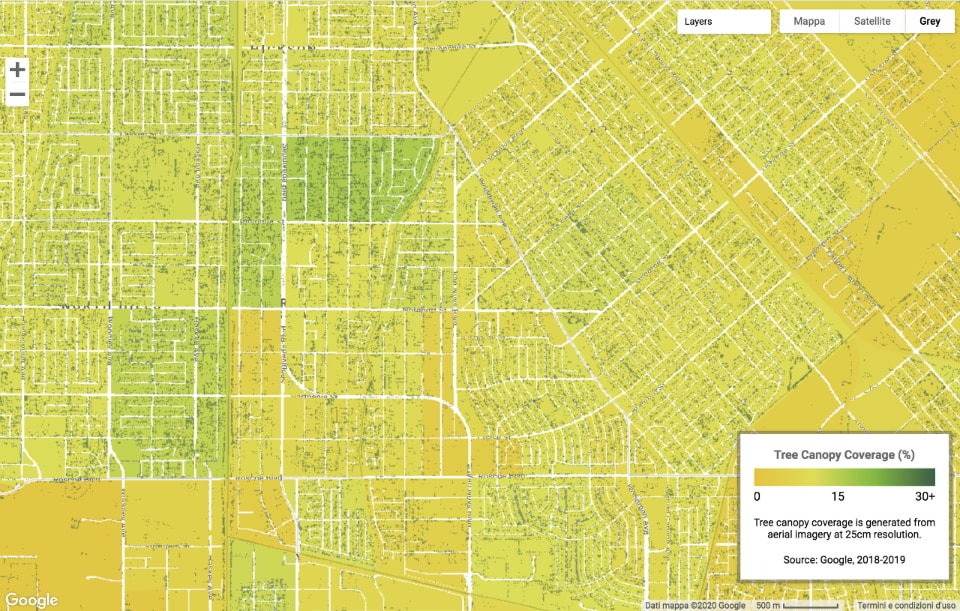 Extreme heat is one of the most documented and evident effects of climate change, an even more dangerous effect if we consider the heat island effect in metropolitan areas. As is well known, cities tend to be warmer than surrounding areas because buildings and asphalt trap heat. One of the most immediate actions that any municipality can activate to slow down this phenomenon is the increase in urban greenery, which acts both by shading buildings and people and by releasing moisture when temperatures rise through evapotranspiration.

Environmental Insights Explorer is a new Google tool designed to help cities keep their inhabitants cool by mapping areas where trees are most needed. The Tree Canopy Lab, the company’s research hub dedicated to the application, uses Google aerial imagery and artificial intelligence to understand where every tree in a city is located. By coordinating this information on an interactive map with additional data - such as which neighborhoods are most densely populated and which are most vulnerable to high temperatures - the information obtained will help municipalities and metropolises to plant new trees in an appropriate and safe way.

The first test involved the metropolis of Los Angeles, but data on hundreds of other cities are also coming in. Tree Canopy Lab found that more than half of Los Angeles residents live in places where trees shade less than 10 percent of their neighborhood, while 44 percent live in places at risk of extreme heat.

Urban planners interested in using this tool in the future can contact Google through a form published with this week’s announcement.