Apple M1 chip: 6 reasons why it will change your Mac forever

Yesterday Apple unveiled the first three Macs with the new M1, a system on a chip based on the same ARM architecture as the chip on the iPhone and iPad. Here’s why it’s big news. 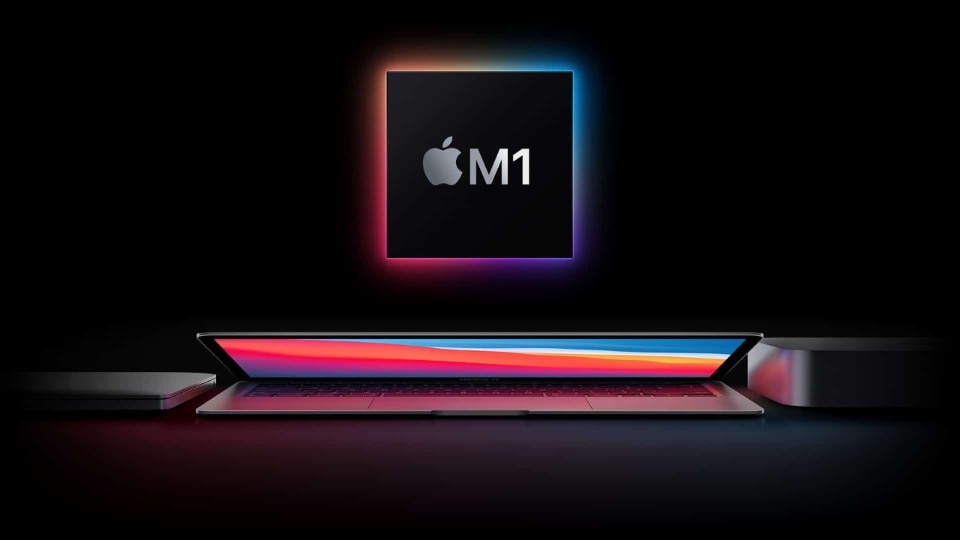 If you’ve been a Mac user long enough, you will probably remember when Steve Jobs, in 2005, announced the two-years transition from PowerPC to Intel processors. It was a huge deal back then, opening up Macs to a much larger market, and proving to be one of those rare decisions that shift an entire market.
After 15 years, with Intel desktop chips stagnating in terms of generational power jumps and efficiency like the Power PC chips of the early 2000s, Apple has decided to go through the same complex process once again. This time company won’t partner with another manufacturer, though, instead it’s packaged all the chip-making experience developed in the last 10 years with the iPad and the iPhone into a new series of M chips, starting with the M1 arriving next week on the updated MacBook Pro, Mac mini and MacBook Air. If the move to Intel has been a time of relative uncertainty for a lot of users for at least a couple of years, this transition looks a lot more exciting right from the start. Here are five reasons why.

iPhone and iPad apps will work on Macs, natively.
The Mac will now share the same architecture as the iPhone and iPad. It means that any app designed for these platforms will be able to run on the new Macs out of the box. Adjustments from app developers to fit the form factor and the non-touch desktop experience will be needed, and some of them might decide not to make their apps available on desktop. Apart from that, all the iPad and iPhone the software will work just fine on the Mac too.

Much better Performance per Watt
Apple is moving away from Intel because their homemade chips can deliver a much better performance per watt ratio. It means that, given the same amount of power drawn by the chips, the output performance is multiple times better on an M1 chip that it is on an Intel one. In other words, the new Macs are way more powerful than Intel Macs and yet use a fraction of the energy to achieve the same performance results.

Silence, please.
This leads to having a chip like the M1 that can be finely tuned to deliver a peak performance based on power consumption, enabling Apple to shape the new Macs around the customized power and thermal specs of the component, without sacrificing too much performance. The result is MacBook Air that, despite being much more capable of its predecessor at video editing, doesn’t even need a cooling fan and runs completely silent all the time. Just like the iPad Pro.

Extended battery life
The new M1 chip also lets Apple fine-tune the power consumption, enabling the battery to last longer on a single charge. The M1 MacBook Air is not just fanless. It also sports a battery life of up to 20 hours. On the MacBook Pro, the jump from previous models is even more noticeable, thanks to a larger battery. The M1 MacBook Pro lasts for up to 20 hours when watching movies and up to 17 hours when browsing the Web, whereas the current Intel models only reach 10 hours in both use cases.

Faster native apps
It will take a while for major developers to port their big apps to the ARM architecture, but all the big industry names have already backed Apple’s efforts. Adobe, in particular, will have most of its Creative Cloud suite of applications ready for the new Macs in the first half of next year, with a Lightroom update coming already in the next few weeks. This is huge news: a native version of Photoshop for the Mac will be able to run faster and perform much more complex tasks even on an entry-level MacBook Air, while the performance and speed increase on beefier machines will be even more noticeable in comparison to the x86 Mac version.

Security
Last but not least, the M1 carries over to the Mac all the hardware security features of Apple’s mobile devices. The chip includes the so-called Secure Enclave, which is the area responsible for keeping all your passwords, keys, Apple Pay credentials and biometric data safe on the iPhone and iPad. By bringing it to the Mac, Apple can provide the same best-in-class hardware security features on laptop and desktop computers.