A projector to turn the terrace into a cinema

If you can’t go to the cinema, then the cinema will come to you. The test of Xiaomi's newest “smart” projector. 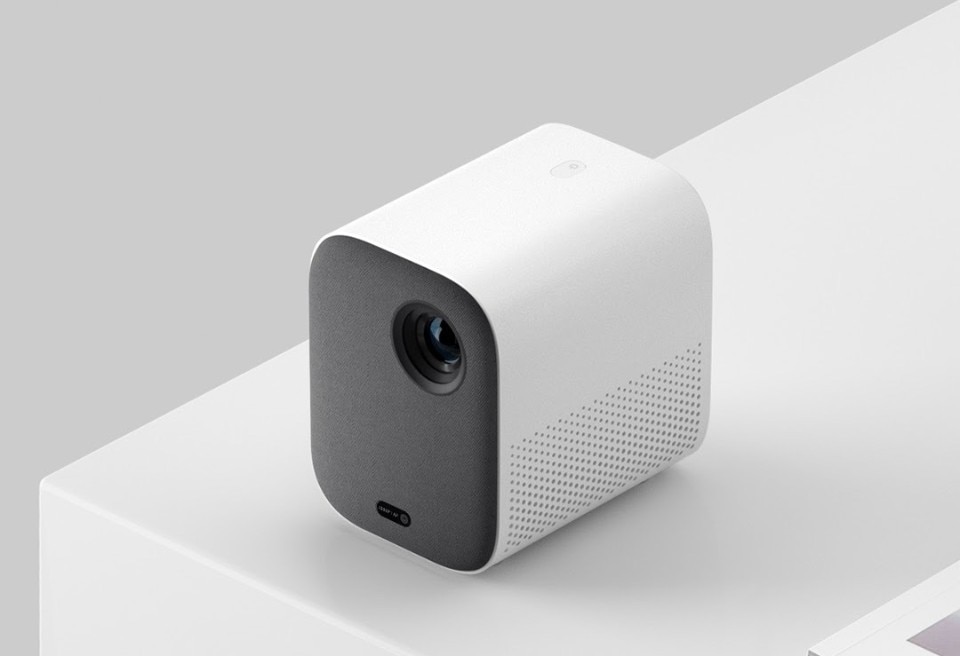 The postponement of Tenet, Christopher Nolan's new film, was not good news for film lovers. As we wrote on Domus, the global release of the new film by the director of The Dark Knight and Inception, which was delayed because of the coronavirus lockdown and initially postponed until July 17, had become a bit of a symbol of the revival of the cinema after the global shutdown caused by the pandemic. But then, Warner Bros announced another postponement. In the meantime, cinema goes on, even though many movie theatres in the world are still closed. Film screenings and festivals are being held online. And so is music, for example Nick Cave's global streaming concert on July 23rd. In short, now isthe right time to think about creating a movie theatre at home. Or, since it's now summer, on the terrace or in the garden.

Amazon and eBay sell plenty of mini projectors that can be connected to the phone and that with just a hundred euros guarantee at least a decent quality of image. But these devices aren't exactly high-quality and very often, due to software limitations, do not allow you to project movies from Netflix or other online platforms. The new Mi Smart Compact Projector, recently launched onto the market by the Chinese company Xiaomi, is much more sophisticated. First of all because this projector does not rely entirely on the phone but can be connected directly to your home Wi-Fi and has all the functions of a smart TV thanks to the implementation of Android TV as its operating system. This allows you to use practically all the cinema apps (and not only) available on the market.

Read also: A brief history of the balcony, from ancient Persia to the COVID-19 pandemic

The Smart Compact Projector delivers from 60 up to 120 inches of Full HD quality images, has a built-in audio system that can also transform it into a useful Bluetooth speaker, and exploits the full potential of Google Assistant through the thin remote control it is equipped with. It's compact, quiet, with a well-thought out design. It has a headphone audio output and an HDMI port that allows it to be used with the PlayStation or as a PC screen. The image quality is more than satisfying. The menu navigation and some audio delay when using a Bluetooth headset or a connected speaker was the only real flaw we saw in the software. The quality of the video is definitely good, even outdoors - of course, just like with summer outdoors cinema, you'll have to wait until sunset to watch your movie.

Although fairly advanced, Xiaomi’s projector has some flaws. First of all, the absence of an adjustable lens: the size of the screen can only be changed by relying on the simple mechanics of approaching or moving the projector away from the wall or surface on which it projects the image, to which the device must be perfectly orthogonal. So, you cannot project a 120” screen if the projector is just a meter away from the surface on which you are projecting the movie. This, of course, compromises the use of the built-in speakers: if the device is next to you during the projection, connecting a Bluetooth speaker under the screen will be the only solution to avoid a very weird feeling of estrangement caused by the audio is coming from. If used in the garden or on the terrace, where it is often necessary to adjust the volume, and sometimes it would be even better to use headphones, the Bluetooth connection is another small limitation that couldquickly become a greater problem: that of not being able to connect several wireless headsets at the same time. So, you better warn your neighbors: organizing a "silent cinema” is not possible. Finally, to make the best use of the Smart Compact Projector, it would be a good idea to get a stand, maybe with an integrated spirit level: the projector does not come with a virtual horizon system and in many cases, especially when outdoors, adjusting the image simply by placing it on a table or a stool will be extremely complicated. In addition to that, there is an automatic trapezoidal correction system, but it will however generate a clearer frame at the sides of the screen, which could be annoying.