Will there still be movie theatres after all this?

There’s no doubt the film industry will go on. But we have a few more doubts about the movie theatres. 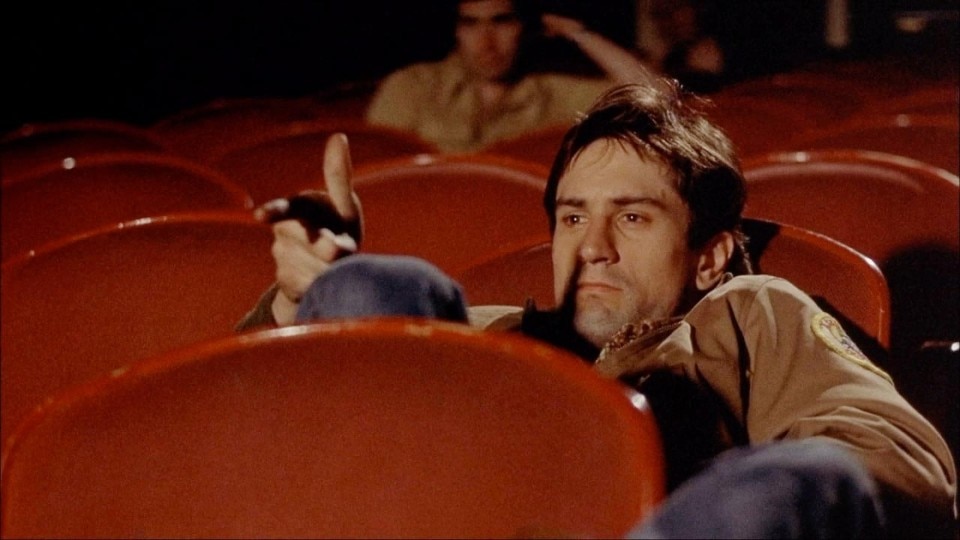 “When this crisis passes, the need for collective human engagement, the need to live and love and laugh and cry together, will be more powerful than ever. We need what movies can offer us (…) and movie theaters, whose entire appeal is based on humanity’s greatest instinct — and the one now turned against us, which makes this situation so damned hard: the desire to be together”.
Christopher Nolan, The Washington Post, March 21, 2020.

Christopher Nolan, one of the most important and highest-grossing filmmakers of all times, wrote in the Washington Post a passionate defence of cinema and its places, the most accessible and democratic meeting points of the community that was most hit by the coronavirus emergency. He asked for the help of the government, studios and collective human commitment in order to protect this essential part of American social life.

The closure of movie theatres, just like that of theatres, museums and galleries, does not only affect the workers of the sector, but all human beings. We need to live stories that trigger our emotions, redefine the cartography of our desires and allow us to change. And we need to make these experiences together, because our body is a field of forces and sensations that are amplified by proximity and contact. Maybe, we will soon be able to touch each other without having to do it like the two video game players in the Black Mirror episode Viper, or without having to separate the soul from the body to put it inside a device that will make it live forever in San Junipero, the virtual paradise that gives the title to one of the most famous episodes of the Netflix series. In the meantime, cinema has always existed because of movie theaters, because it’s not just about seeing a movie, but about performing a ritual of sharing the big screen. It might seem that the real attractions are the movie stars, surround sound or the drinks and popcorns we eat while watching the movie, but we’re actually there for each other. The other forms of enjoyment of moving images, whether it’s TV, pay TV, streaming platforms (like Netflix) or video games, offer different experiences than the cinematic one, and probably the coronavirus is accelerating the opportunities for interaction and the possibility of living together in these platforms.

In this time of forced isolation, even the most orthodox cinephiles have surrendered to digital platforms: it looks like that, thanks to social networks, some movie theatres have moved into the living room of the most affectionate movie lovers to ensure continuity and proximity even from a distance. Considering the Italian situation, for example, these initiatives were spontaneous, and only two newborn virtual realities, which aim at offering quality contents, have aggregated about 200 of the 1218 existing movie theatres, according to Cinetel data.

Since May 18, MioCinema has been online: the first national platform of auteur cinema where, every fortnight, you can access a film that has never been released before. When signing up, free of charge, you will be asked for your postcode and to choose a cinema within 40km from your location. The chosen cinema will receive 40% of the 7 euros of the first viewing and a variable percentage of other contents, whose price drops to 3.90-2.90 euros. More than a hundred movie theatres and a good number of independent distributors have joined the project, whose partners are Lucky Red, Circuito Cinema and Mymovies. The award-winning suburban film Les Misérables by Ladj Ly, After the Marriage with Michelle Williams and Julianne Moore, Alexandre de La Patellière’s The Best is Yet to Come and Xavier Dolan’s new film Matthias & Maxime, are about to be released. When the movie theatres reopen, the platform will complement the experience of the cinema, where the first viewing will return exclusively in accordance with release windows, which is the period of time that must pass before a movie can move on to home entertainment, which today is 105 days. From May 26th, with #IoRestoInSala, you will have online access to the programme of the 71 cinemas involved, including Anteo di Milano: it’s not an on-demand platform, but a group of virtual theatres with fixed screening schedule, seat reservations and the possibility to chat with the person sitting next to you. Access will take place through the websites of the individual cinemas, which will share the price of the ticket with the distributors and the guest platform, which again is Mymovies: 7.90 euros for the first vision, regardless of whether they are simultaneous with other platforms, and up to 3 euros for other content. Four films that should have been released in theatres have been announced: The Silver Bear-winning Favolacce by the D’innocenzo brothers, Tornare by Cristina Comencini, Georgetown by Christoph Waltz and The Peanut Butter Falcon by Tyler Nilson. Even when the movie theaters will have re-opened, virtual programming will allow a greater offer to the public.

It is a pity that in Italy movie theatres aren’t part of the national heritage, and they haven’t converged into a single platform. This would have meant catching an opportunity to bring together individual voices in order to make them sound louder. One could have thought of a common platform that would accompany the reopening of cinemas, theatres and gallery museums: a virtual table where the public could access communications and promotions in the territory. Different aspects of culture, which usually do not speak to each other, would have been able to dialogue, and the meeting between actors and audience could have generated something new, for example the experimentation of video art in the reopened cinemas or other types of permeability of content and forms of living. The virtually trained interaction could have been a breath of fresh air for the physical places.

Movie theatres could reopen on June 15, when cinema season meets the holidays of Italians, without the titles that last year were promoted by the Moviement initiative, to relaunch cinema in the summer and beyond. The American majors have postponed the release of important films, like the new James Bond film No Time To Die to November, and launched other movies such as Trolls World Tour directly online, achieving resounding success. On the contrary, Christopher Nolan’s new film, Tenet, will be released in cinemas. If the date remains July 17, it could be the first real movie of the post-coronavirus world. The outcome at the box-office will be indicative at least of the immediate future. The trailer debuted on Fortnite, but we’ll have to wait the reopening of the movie theatres in order to see the movie. It’s not only a personal matter of the director: even if piracy and home entertainment represent a huge threat to movie theatres, they still constitute a good half of the total takings of the cinema industry, a percentage that increases in the case of high-quality movies.

When they reopen in June, cinemas will have to deal with a lack of movies, in addition to the expensive safety protocols that they will have to adopt. This starts with the obligation to adapt the air conditioning systems to the new rules, allowing more fresh external air into buildings and reducing the room capacity by 50% and even 70%. Of course, it’s not sure whether these reduced-capacity-movie theaters will fill up, as long as people fear to catch the disease. Therefore, only those who will be able to maintain a structure that, among other things, is not very adaptable to new uses, will reopen. In addition to temporary spaces such as arenas and drive-ins, one could imagine a flexible architecture for new buildings, but the survival of existing spaces presents considerable problems. Besides the rigidity of the screen-seats arrangement, the problem is substantial: cinema cannot divide people, it is a bodily experience. As with other forms of art and live performances, it is based on participation and proximity of people. It is difficult to imagine movie theatres equipped with social distancing devices that do not prevent viewers from seeing the screen and take away as few places as possible: helmets, bowls where to insert the head as if it were an aquarium, protective cylinders that would make us look like Minions or even disposable full body suits. While waiting for self-sanitizing spreadable substances, external breathing apparatus and other prostheses that artists and designers had thought of long before this health emergency, perhaps everyone will have to create an architecture of themselves, a shelter and protection of the body that does not isolate them from others. Instead of just waiting to redesign the space around us, we could rethink our emotional space, the space that we represent, so that physical distance does not become definitive social distance.

Read also: A new life without live music and entertainment