The ship as the symbol of a health emergency

From cruise ships transformed into floating quarantine sites to the hospital ship in Genoa: The Coronavirus pandemic turns an unexpected architectural archetype into a symbol. 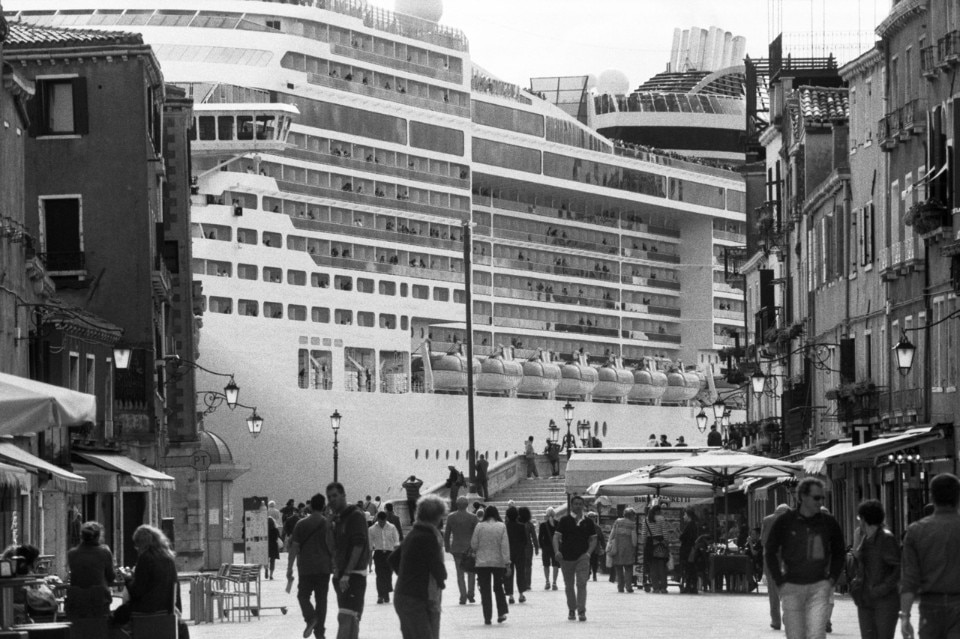 The morphology of the ship continues to haunt citizens and architects. A few days ago, the Genoese newspaper Il Secolo XIX announced that MSC (Mediterranean Shipping Company) was ready to transform a cruise ship into a floating hospital, with the support of Rina (the certification body that is also supervising the reconstruction of the new motorway bridge designed by Renzo Piano).

In the past few weeks, we have heard of many other Italian MSC and Costa Crociere cruise ships in the Mediterranean and Caribbean Sea, whose docking was banned for fear of a possible contagion, even if there were no sick people on board. And the Diamond Princess, as soon as it docked in Japan, was transformed into a lazaret.

It is no longer surprising to learn that, in 2020, a ship can be turned into a hospital to treat the people affected by COVID-19. However, it is evident that cruise ships are not conceived as architectures, but as luxurious kitsch-style condos, occupied by 5 or 6 thousand people at a time, looking for entertainment or the love of their lives. Since the biblical story of Noah's ark, the ship has represented a safe shelter where different species, people and goods can gather, and its functionality and rarefied spaces have always fascinated many architects. There is no waste of space, every inch is used to make the trip comfortable and essential, at least until the time when many Italians began to migrate to America. Today, this is no longer the case. Ships are linked to the concept of bigness, theorized by Koolhass, but without the strength of his theoretical and design approach. They are new sea monsters that sail across the seas and in certain contexts, such as the Venetian Lagoon, their disproportionate size is even more noticeable.

“On July 29, 1933, the steamer Patris II sailed from Marseilles to Piraeus" writes Paola Di Biagi. “On board there were representatives of 15 countries [...]”. “A crowd of young people” enthusiastically said Le Corbusier during his opening speech, “the flower of the new architecture that will bear fruits”.  Here, the ship becomes a space for the urban and architectural debate of the fourth CIAM congress on the theme of the functional city, which later generated the well-known Athens Charter. “A cruise ship had turned into meeting rooms for committees, for organizational work” writes Le Corbusier. “One noise: the lapping of the water on the hull; one atmosphere: youth, faith, modesty and professional conscience.” So, here is a mobile and temporary architecture that becomes a place where to elaborate a manifesto on the city of the future. Ten years earlier, in 1923, in his Vers une architecture, Le Corbusier dedicated an entire chapter to Eyes which do not see: liners : “If we forget for a moment that a steamship is a machine for transport [this is the difference between cruise ships] and look at it with a fresh eye, we shall feel that we are facing an important manifestation of temerity, of discipline, of harmony, of a beauty that is calm, vital and strong.”

Today the ship has become the symbol of a health emergency, the result of ineffective policies that seem to have accepted this emergency situation, without the respect of the rules in a context where architecture does not exist, neither in urban planning and land use, nor as a spatial form. We must once again remember Le Corbusier’s project Asile flottant (1929) for the World Salvation Army in Paris, where a river boat, not unlike the one used by the director Jean Vigo in his masterpiece L'atalante, is turned into a women’s shelter after the First World War, with 160 beds, some bathrooms and a kitchen.  Renzo Piano also took plenty of inspiration from the ship’s archetype, with alternating results. The first time was with the recovery of the old port of Genoa in 1992 when he designed the Aquarium, in 1997 when he designed Nemo in Amsterdam and recently in the construction of the new motor way over the Polcevera river, also in Genoa. Just to desecrate the ship-architecture duo, Francesco Rosadini created the facebook page “Ma se a certi architetti piace fare navi, perché invece fanno case?” (But if some architects like to design ships, why do they design houses instead?). An ironic way to ask designers to make their real intentions clear.

On the other hand, in this situation of identity and health crisis, it is evident how much architecture is excluded from the decision-making processes for temporary shelters, be they houses or hospitals... This happens in an underdeveloped cultural context, where even the architecture institutions are helpless. Yet the history of architecture has provided a number of formidable examples: the Ecole volant (1940) designed by Jean Prouvé and Pierre Jeanneret; the structures designed by Buckminster Fuller for the Dymaxion Deployment UNIT (DDU) (1940-1941) and the Geodesic Dome for the U.S. army; the inflatable structures of Hans Walter Müller, Hans Hollein and Haus Rucker-Co, and the temporary architectures of Shigeru Ban, Anna Rita Emili, and Elemental.

Read also: Art and culture, but without leaving home