Einstein’s theory on locality has been proven wrong. Quantum entanglement at a large distance is possible and Studio KNOL visualises the phenomenon at TU Delft. 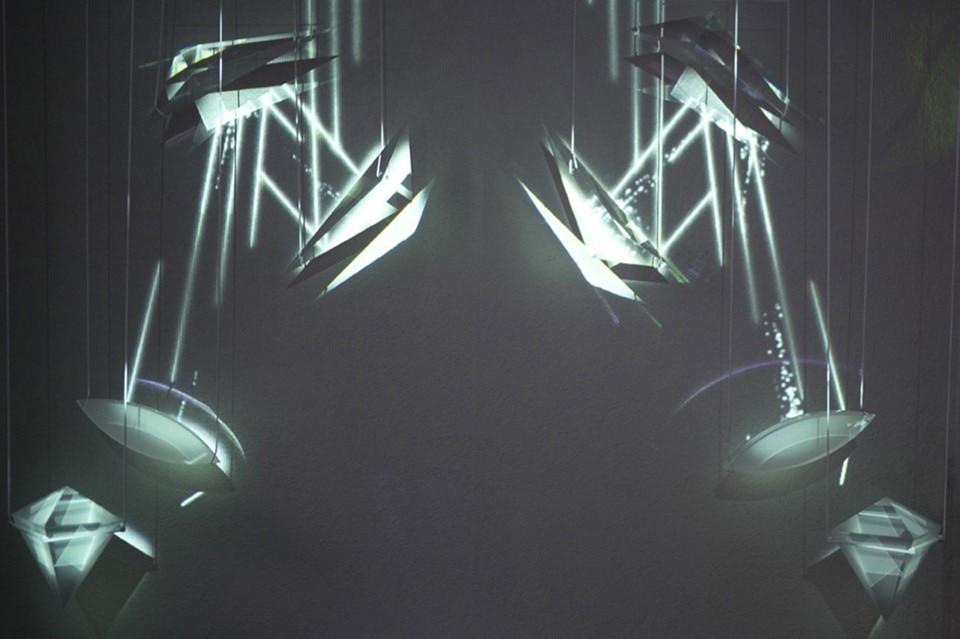 Quantum physicists at the TU Delft have announced that so called “entanglement” of particles at a large distance exists.
This has been one of the most fundamental claims of quantum theory — that objects separated by great distance can instantaneously affect each other’s behavior, without being physically connected by another medium. But it has never been proven. Scientists have managed to create entanglement over a distance of 1.3 kilometers by setting up two identical labs. In these labs, tiny invisible electrons are caught in self-fabricated diamonds. These electrons were correlated by photon beams to create entanglement.

Studio KNOL has been part of this process throughout the last year. During this time they have spun off their own experiment, inspired on theirs. By means of an art installation titled Between Science and Fiction, they have caught the essence of the complex matter that stays so intangible to non-scientists.

The fact that this theory has now been solidified (here the New York Times’s article), will mean an enormous and yet unpredictable impact on the world and it’s (data) traffic. Information will be available at two separate locations at exactly the same time, it will not have to travel through for example fibreglass cable. This also means that it can not be intercepted anymore (think safety!) and that it is faster that the speed of light. This is what’s called teleportation.