Asked to choose five “things” for the #domus1000 launch, Stefano Boeri – Domus editor from 2004 to 2007 – cites Beuys, Kahn and Calvino among his favourite cultural references. 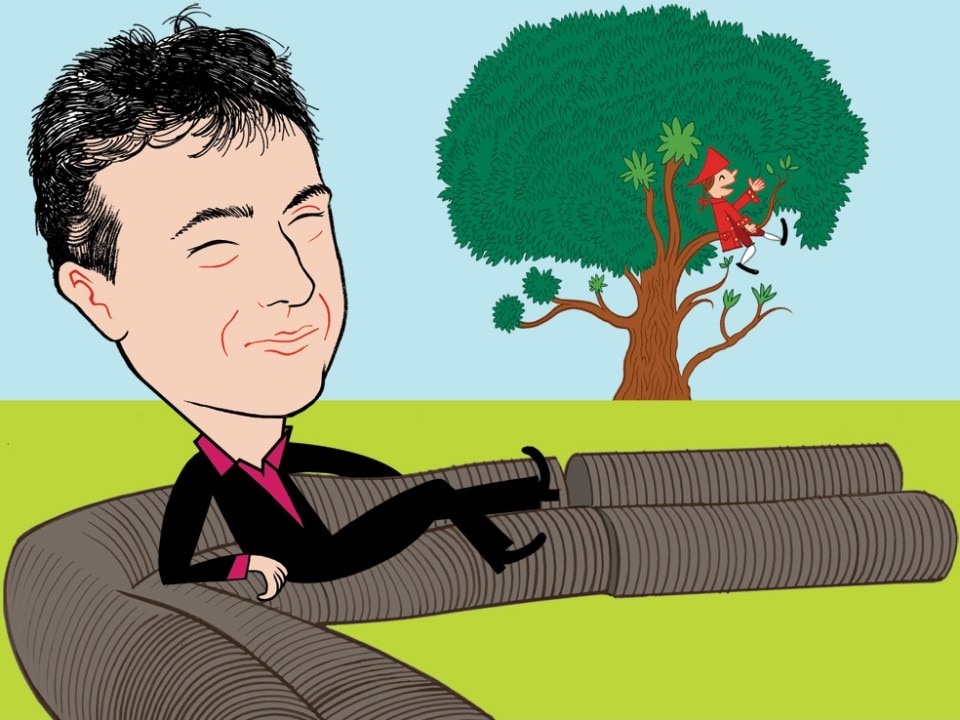 Expanded editorial meetings often with guests as prominent as they were unexpected and a string of ambitious events marked the editorship of Stefano Boeri, born in Milan on 25 November 1956, Sagittarius with Sagittarius Rising. Teamed up with his friend the architect Mario Piazza – whom he saw as far more than a graphic designer – the architect of the Vertical Forest was the only editor who “occupied” the San Siro stadium with happenings and performances for a whole night; to organise a concert before an audience of thousands in a former paper mill shortly before it was demolished; and to hold a world competition to redesign Pyongyang’s iconic tower. An extrovert, he was flanked by an extensive and shifting network of international collaborators. Outgoing, visionary and elusive, he broke the boundaries around the magazine’s stock disciplines. His Domus no longer featured just architecture, design and art but also “information”, law, geopolitics, social issues and alternative interpretations of buildings, cities and areas.

Piece of architecture – The Salk Institute for Biological Studies designed in 1965 by Louis Kahn on the La Jolla headland in California, facing the Pacific Ocean. I visited it in 1975 (aged 17) and as I climbed the central steps between the departments and research labs, I realised that the might of the ocean and that of collective intelligence had come together in architecture. I have never since left it.

Design object – The Serpentone, a sofa in foam-rubber with a lamellar section designed by my mother Cini Boeri for Arflex in 1971. The simple but potent idea of an “endless sofa”, cut and sold according to user need and preference, is the achievable utopia of a democratic aesthetic.

Work of Art – In 1982, Joseph Beuys built a triangle with 7,000 basalt stones in front of the Fridericianum Museum in Kassel. Each stone represented a tree to be planted. Anyone paying a certain sum could “adopt” one of the 7000 stones and the money was used to plant an oak tree. Day by day, the pile of stones shrank, and finally disappeared, as 7000 new oak trees, flanked by one of the basalt stones, appeared in the roads, squares and courtyards of the city of Kassel. It was a moving work of urban metamorphosis.

Book – In 1957, Italo Calvino wrote a beautiful fantasy novel about Cosimo Piovasco di Rondò, a little Baron in Ombrosa, a small town on the Ligurian coast. One evening in 1767 – at 12 years of age – he climbed into the trees and decided to spend the rest of his life there. The Baron in the Trees is a fundamental reference in my childhood imagery. I have him to thank for my fascination with the olive and holm woods lining the Mediterranean coastline and their undergrowth of juniper, myrtle and helichrysum. Perhaps I should also thank the young Baron of Ombrosa for my dogged attachment to radical and irrevocable choices.

City – Cities traverse our lives, as do our loves. With some you construct a long story, others last the duration time of a journey or mark the cadence of a return; others again are merely courted. I adore many cities, some with a passion, but Milan is my great love. It sets the bar for all the others and, like all great loves, I don’t really know why.