One last Danzón in Mexico City

The new book by photographer Chiara Bonetti, One Last Danzón, is a pretext and an opportunity to discover and support a lively culture that risks to disappear with the economic crisis.

Chiara Bonetti, Gloria and Omár — mother and son at Salon Los Angeles, from the series One Last Danzón, 2021

Chiara Bonetti, Salon Los Angeles – Billy at the cloakroom, from the series One Last Danzón, 2020

Chiara Bonetti, Salon Los Angeles – the bar, from the series One Last Danzón, 2020

Chiara Bonetti, Salon Los Angeles – details of the entrance and the area around the dance floor, from the series One Last Danzón, 2020

Chiara Bonetti, David at Salon Los Angeles, from the series One Last Danzón, 2020

Chiara Bonetti, Mario, from the series One Last Danzón, 2020

Chiara Bonetti, Gloria and Omár — mother and son at Salon Los Angeles, from the series One Last Danzón, 2021

Chiara Bonetti, Salon Los Angeles – Billy at the cloakroom, from the series One Last Danzón, 2020

Chiara Bonetti, Salon Los Angeles – the bar, from the series One Last Danzón, 2020

Chiara Bonetti, Salon Los Angeles – details of the entrance and the area around the dance floor, from the series One Last Danzón, 2020

Chiara Bonetti, David at Salon Los Angeles, from the series One Last Danzón, 2020

Chiara Bonetti, Mario, from the series One Last Danzón, 2020 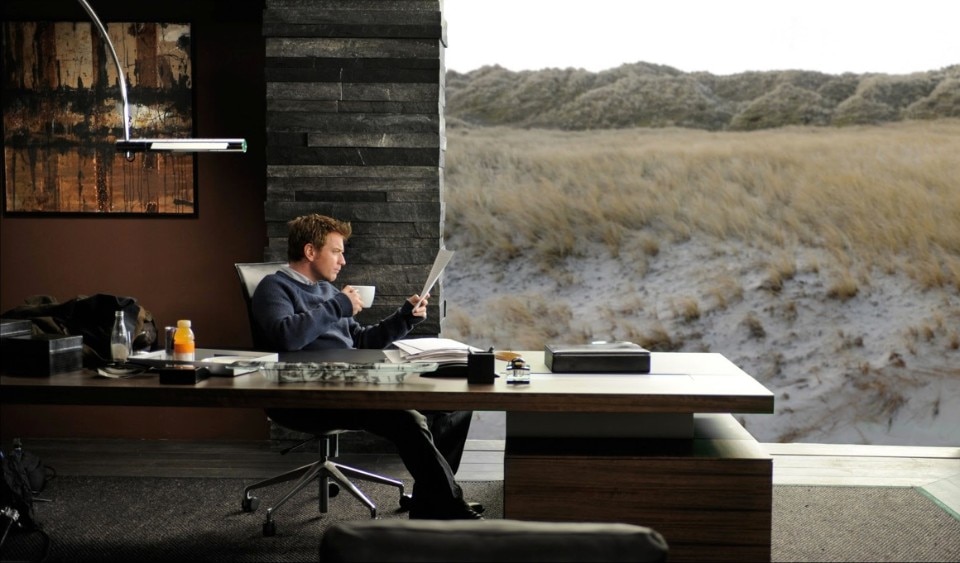 It is Sunday afternoon at Salón Los Ángeles, in the Nuestra Señora de Los Ángeles neighbourhood, in the Guerrero area of Mexico City. And like every Sunday afternoon since 1937, the Danzón, one of the country’s most representative and cohesive dances, is on stage.

Tired of the evenings of electronic music—in a purely American and European style—which she had attended in the south of the country until then, at the invitation of friends photographer Chiara Bonetti entered the sparkling world of this colorful traditional dance, and was so enchanted by it that she decided to devote all the time she still had in the city to recounting its spirit, temples and protagonists. In that moment she does not yet know that she has the good fortune and intuition to document what only a few weeks later would turn out to probably be its last days: we are obviously talking about pre-Covid times, at the beginning of 2020, before the hall, like all the others in the city, the country and the world, was closed to deal with the spread of the virus. The idea of returning to Mexico City to continue her work thus faded into the restrictions that then froze travels, international and otherwise, and forced her to stay in Berlin, where she lives and works and where she nevertheless decided to give the long series of photographs already taken a first possible editorial form.

The result is One Last Danzón, a small and delightful self–published book (currently on pre–order), for the launch of which we had a chat with the author. Usually divided between Germany and Italy, Chiara was in Mexico to document the work of painter Beatriz Morales, and knew nothing about Danzón, while now she talks about it with an enthusiasm that is halfway between aficionada and expert.

"I had no idea what Danzón was, let alone how to pirouette in pairs. Yet, as soon as I entered this ballroom, I felt a very familiar and welcoming sensation. The energy of the dance, the eccentric outfits, the friendly welcome of the people and their life stories completely captured my curiosity."

The story goes that this dance was born in the 19th century in Cuba, where it is recognised as a national dance, from the encounter between the styles imported by English and French immigrants and the culture of African origin, and then arrives in Mexico in the 1940s, soon becoming a fashion that over time will capture the most eclectic audience, from politicians to sportsmen, from show business exponents to members of the working class, from the ever–present Frida Khalo to Ernesto Che Guevara and Gabriel García Márquez. In time, its success and notoriety were overtaken by the Mambo—whose standard bearer, the famous Cuban musician Pérez Prado, has a small altar in the great hall of Los Ángeles—which was originally just a rhythmic and instrumental variation of one of the sections that make up the composite, though somewhat rigid, form of the Danzón.

Today in Mexico, the Danzón survives as an integral part of the vibrant local culture and, practised without interruption and with democratic and transversal propensity since its arrival, is even more popular than in Cuba, so much so that the 1994 piece Danzón No.2, by Mexican composer Arturo Màrquez, is considered a kind of unofficial national anthem.

This dance was born in Cuba, and then arrives in Mexico in the 1940s, soon becoming a fashion that over time will capture the most eclectic audience, from show business exponents to the working class, from Frida Khalo to Ernesto Che Guevara and Gabriel García Márquez

So far, so technical. But what is most striking about Bonetti's images are the exuberant characters and the picturesque architectures, which, rather than simply acting as a backdrop, are in their own way the protagonists of this culture. In the first case, a certain variety is perhaps obvious, but the typical Pachucos are the most striking: the term derives from the city of El Paso, known as Pueblo Chuco or El Chuco, and originally denoted Mexicans who, having immigrated to the United States, adopted a rebellious attitude and style—the so-called zoot suits also worn by a young Malcolm X and made famous in films such as The Mask—as a form of belonging and self–determination, but also of opposition to the traditionalist values of a now distant homeland and to the more or less blatant racism they had to face in the supposed ‘Land of Opportunity’. Of that revolutionary thrust today there certainly remains a sense of non–conformity, but this is absorbed by local folklore—and therefore as a value linked to the past and tradition—in a paradoxical inversion of the parts.

And if people like Mario with his dance lessons and David, “a blogger in his eighties who has an online radio station and wanders around the tables of each salon with a tiny microphone ready to interview his guests” have been Chiara's guides in this dancing adventure, it is worth lingering over the curious genesis of some of the structures that surround them today, which are true temples of dance.

Before 1937, for example, the Salón Los Ángeles was a coal depot that also served as a garage, whereas now its black and white chequered floor and pink and red walls are inextricably linked to the Danzón culture.

“Mr Miguel Nieto Alcantara, its founder, decided to turn this space into a hall that would offer access to dance in a working–class neighbourhood like Nuestra Señora de Los Ángeles,” Chiara explains. “It has remained practically unchanged since then. The building has a rectangular ground floor. In the centre is the dance floor, around which revolves the stage with the waiting area underneath, the table area surrounding the floor, the two bars and, next to the entrance, a picturesque cloakroom with a dance shoe shop. The walls are adorned with numerous pictures hanging as evidence of an important past: trophies from musical competitions, old flyers signed by showbiz celebrities and souvenir photos of famous musicians or dancers.”

Read also: Supporting artists in times of pandemic: the differences between countries

Also known as the ‘ballroom palace’, El California Dancing Club has a more musical background, having started out as a cinema. Built in the 1930s, it was converted into a ballroom in 1954, but retained most of its original furnishings and features.

“The walls and wooden seats have remained unchanged, as has the marble floor and the beautiful illuminated sign at the entrance welcoming guests and announcing the musicians of the evening. Here, too, the dance floor is in the centre, surmounted by a huge red heart that decorates the ceiling, and around the floor are the tables at which guests rest between dances. Here, however, the special feature is the mezzanine floor, built like a tribune/loggia overlooking the dance floor below. This area is mainly attended by those who want to learn how to dance, since from here one can observe the stage and the dance floor while remaining isolated. There is also a very curious corner, which is always in the half–light and was used by lovers seeking intimacy: here, sometimes, the jealousy over a woman would also find an outlet, but this should not spoil the joyful atmosphere of the main hall.”

El California Dancing Club started out as a cinema. Built in the 1930s, it was converted into a ballroom in 1954, but retained most of its original furnishings

And it is precisely the position of women in Danzón culture that fascinates Chiara. Traditionally, in fact, in these dance halls women have always been able to enjoy great respect and independence, a central and privileged position that is by no means taken for granted in Mexico. In a country where, in order to stem the tide of violence, which often leads to feminicide, public transport has carriages dedicated exclusively to women, and where there is a law that allows single women drivers not to stop at red lights at night if the road is clear, it is, for example, very significant to see every evening Mrs Nieto, the owner of Los Ángeles, who at over eighty years old does not move from the entrance of the club.

“She is a kind of gentle bouncer,” says Chiara. “Despite the area not being considered safe, she never stops welcoming her guests. Until 1953, women in Mexico did not have the right to vote, but they could arrive alone at Salón Los Ángeles and choose their dance partner without being maligned.”

Violence, for which Mexico is often rightly or wrongly singled out, has practically no place in clubs such as these, where the sale of alcohol is prohibited and the dynamics of drug dealing are not affected.

It is therefore all the sadder to consider how, for economic reasons that are plain for all to see, spaces such as Los Ángeles, the California or the Salón Sociales Romo, another protagonist of Bonetti's work, risk remaining closed even once the pandemic emergency has been contained. And it is precisely with this in mind that, with its clean, cheerful and ironic style (the cover becomes a poster where you can put stickers of the various characters portrayed in the book, a tribute by Bonetti to the old posters of dance nights that dot the walls of clubs), One Last Danzón is also a pretext and an opportunity not only to highlight this lively culture, but also to support it through a fundraising campaign.

At a time when it is all too easy to consider only the most negative aspects of the passing of time, Chiara concludes:

“These spaces, where time seems to have lost its importance, are precious not only for the community around them, but more generally because they are concrete and contagious examples of joie de vivre. They are, in my opinion, a fundamental legacy, serving to remind us how important it is to live together by cultivating the passions that keep us active”.