Upon his arrival in New York, Warhol proposed to draw postcards for the MoMA bookshop: he got the job. A piece of a wider story, that of the religiosity of the Pope of Pop. 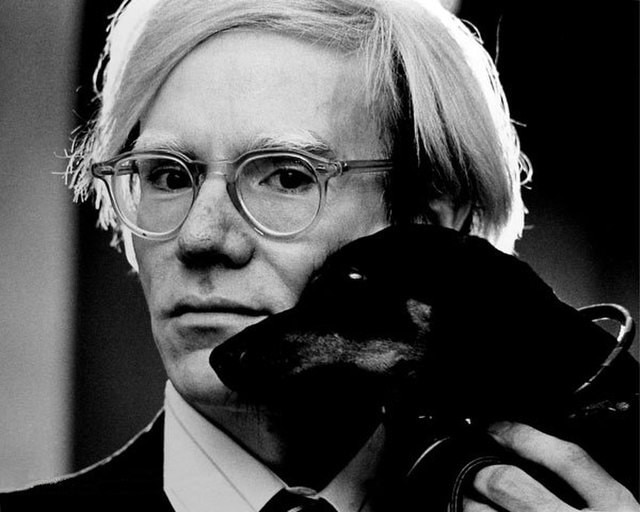 “Andy was a Catholic, the ethic ran through his bones. He lived alone with his mother, collecting gossip and toys”.

“Christmas-is when you have to go to the bank and get crisp money to put in envelopes from the stationery store for tips. After you tip the doorman, he goes on sick leave or quits...” reads The Philosophy of Andy Warhol. If one was ever to think of Andy Warhol, Pope of the Pop and Christmas they would probably imagine him eating a Campbell soup alone under a fresh painting of an electrical chair.

And yet… Warhol was a man of paradox. As sung by Lou Reed, the artist remained all his life a catholic (or at least a church goer). Young Andy Warhola (this was his original family name) grew up with his mother, Julia Warhola, in a pious home, where he saw her drawing angels. When he moved to New York to become the artist that we know, his mother moved with him (and stayed for most of his life). Even after she passed away, Warhol remained loyal to the pietus teachings of his mother. There is a picture showing him serving food to the homeless New Yorkers at the Church of Heavenly Rest, whose rector recalled that Warhol served food and cleaned up at communal meals.

In April 1980, Andy Warhol went to the Vatican an, following the crowd of believers, shook the Pope’s hand. Today, the Brooklyn Museum has just inaugurated “Andy Warhol: Revelations” an exhibition shining a light on the ample evidence of religious belief in Warhol’s art as well as the more private self. This exhibition orginated in the Andy Warhol Museum in Pittsburg and after Brooklyn will go on to tour to it’s spiritual origins the Vatican (the exhibition originally supposed to be held in 2018 was postponed by the Leonardo da Vinci anniversary and the pandemic, the Vatican has not announced a new date as of yet).

Upon his arrival in New York city, Warhol started to look for work as an illustrator and one of his first stops was the Museum of Modern Art, where it is said he went up to a staffer and proposed that he designed Christmas cards for the gift shop. He got the job. Artists often seeked out this kind of jobs to finance their artistic endeavours. Strollers of the 5th avenue were passing by window displays created by the current avant-garde such as Bob Rauschenberg and Jasper Johns. In 1956, Tiffany & Co commissioned Warhol to design Christmas cards which rapidly became an annual event for the clients. Indeed, his delicate drawings were bringing artist qualities into commercial goods. His whimsical angels, mischievous leprechauns, stockings and trees filled with ornaments embodied a candid vision of Christmas that would later seem miles away from the artist’s signature paintings which most likely explains why the cards stopped being edited in 1962 – the year he started to exhibit his Campbell’s soup. Perhaps to mark the end of an era, Warhol produced an illustrated gift book with all his whimsical drawings.

Warhol even had his very own Christmas miracle. As a young man the artist was obsessed with writer Truman Capote and was telephoning him almost every day. Capote kept dismissing him until, at the approach of Christmas a friend sent him a golden shoe painted by Warhol, dedicated to Capote. Decades later, in 1978, Andy Warhol and Truman Capote were featured in the Christmas issue of High Times dressed in festive garbs. Warhol was dressed as a Santa, and Capote was supposed to be dressed as a little girl. Yet as Warhol recalled in his diaries, “Truman wasn’t in the mood to go into drag, he said that he was already dressed like a little boy”.

Read also: The essentials: 15 wrapping papers that made history

Even years after his illustrator days, when Warhol was incredibly famous and hardly needed to massage anyone’s ego, he created a series of Poinsettia plant polaroids and screen prints as gifts to his friends. One young artist who was working doing deliveries for a florist even remembers spending days carting Warhol’s orders around town.

In 1981, Warhol created Myth, a portfolio of 10 screen prints depicting iconic figures of American culture such as Superman, Uncle Sam, Mickey Mouse and a disreputable Santa Claus. Andy Warhol never really let on whether he was serious about anything, and that is perhaps why he is still so present at nearly every level of culture. In fact, the character he built for himself won him an enduring reputation of an emotionless person. However, to look at his career through the prism of celebrations may just give a glimpse that deep down there might have been a little boy who still believed in Santa Clauss.