The cinematographic version of the pièce by Filippo Timi is a tribute to the liberty of 1950s America, with costumes by Fabio Zambernardi, design director at Prada. 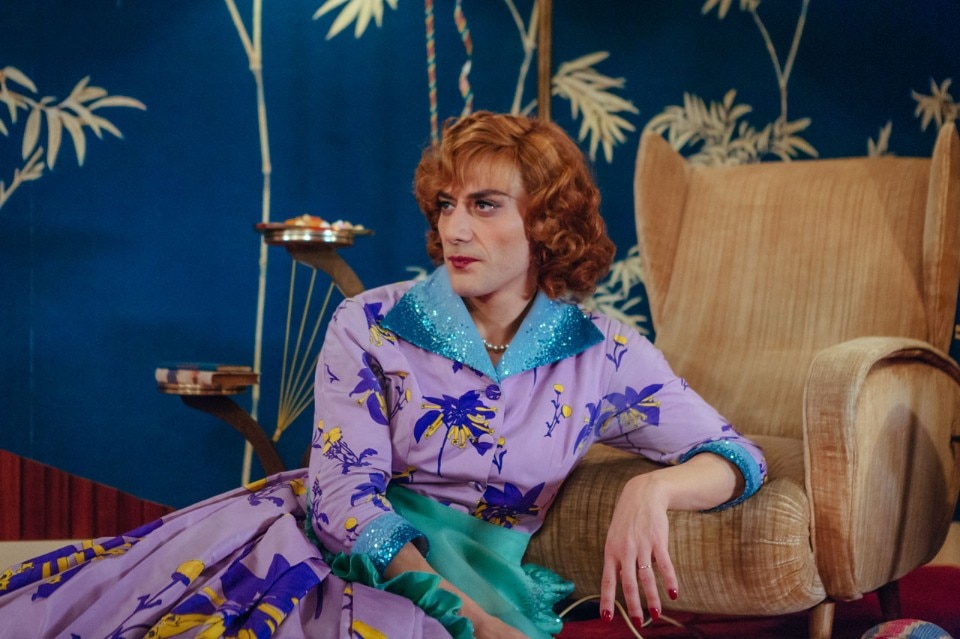 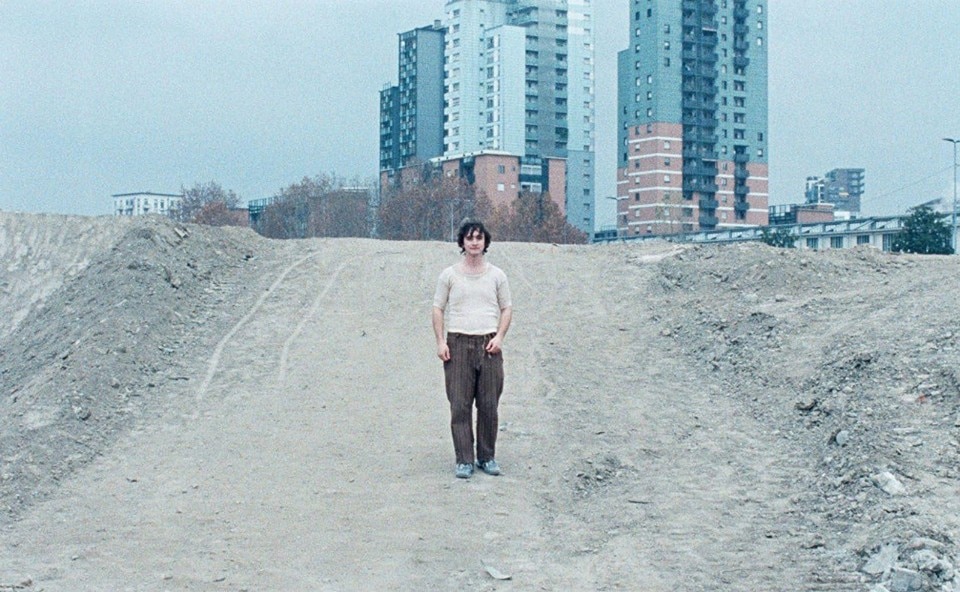 When theatre becomes cinema, at times it can become a Favola [Fairytale]. This is the case with this film, the directing debut of the writer Sebastiano Mauri, artistic and life partner of Filippo TImi, the writer and protagonist of the theatrical production of the same name which premièred in 2011 to great acclaim. The bringing of theatre to the cinema is a trend which has been growing for a number of years now, with excellent examples such as Carnage by Roman Polanski, based on the work by Jasmina Reza, or What’s in a name, another play from the comédie française which was recently brought to the screen. The reasons for this type of ever more frequent transposition lie above all in the lower production costs tied to the single location nature of stories tied to the limits of theatre stages, but also in the scripts with their sparkling and vivid dialogues. In contrast with the cited titles however, Favola openly declares its theatrical nature, beginning with the cast, which remains unchanged, and expresses it with enjoyment.

The story is that of Mrs. Fairytale (Filippo Timi), a 1950s American housewife who becomes aware of her own unhappiness and embarks on a process of personal liberation, helped and supported by her friend Mrs. Emerald (Lucia Mascino). The two women meet every day to share their lives, which are only apparently tranquil, characterised in reality by domestic violence, infidelity and depression, until the 45th minute, exactly halfway through the film, when the unthinkable happens. In a world which does not allow for such a situation, the two friends fall in love.

The 1950s are the perfect setting for a story of liberation from social constraints, an imaginary place presented with great liberty and irony, where everything goes, and which offers an opportunity to smile: the threat of UFOS, Communism, guns in the living room, but also the views from the many windows, snapshots of the United States of America, from the maple leaves in the autumn to the skyscrapers, from the American flag to the cacti in the Grand Canyon. Costumes and sets are fundamental in this liberally-reconstructed 1950s American world.

Mrs. Fairytale’s spacious home, rebuilt in the studios just like in the films from the golden era of Hollywood with Doris Day, an essential point of reference, but also Alfred Hitchcock (Mrs Emerald as extremely blonde and apparently  algid as his classic heroines), is a triumph of vivid colours and 1950s shapes, including red carpet, brightly patterned wallpaper with pink flamingos on a blue background, and wood panelling. The rooms of the home are connected through ogival openings which, when filmed straight on, form a dizzying tunnel, as if to underline that even that apparently perfect, and “fairytale” word hides a nightmare.

The costumes, the result of the precious collaboration with Fabio Zambernardi, the director of design for Miu Miu and Prada, are a feast for the eyes, with wide swing skirts and aprons for Mrs. Fairytale, and sheath dresses and transparent plastic raincoats for Mrs. Emerald. Cinema meets the theatre which meets fashion in a play of references and re-invention.

Freedom is one of the cornerstones of this film. The freedom denied and then reconquered by the protagonist, the freedom to be what you are because “no-one chooses who to be or who to love”. But also, the freedom of keeping elements of the theatre play which are truly non-cinematographic, such as the lead role played by a man, and the pet dog Lady, which despite being stuffed disappears and reappears here and there. The writers however also allow themselves a certain freedom with respect to the play, with the addition of two characters who are only mentioned in the theatrical version. The husband Stan (Sergio Albelli), according to who “when wives obey their husbands, life is simple”, an upper-class man whose suit and tie and standard moustache hide a despotic and violent character. Then there is Mother (Piera degli Espositi, often seen in independent Italian cinema), who bursts into scenes to remind her daughter that a wife is lost without her husband, that if she loses face, no-one will ever allow her to get it back, and that it would be best not to provoke gossip. It’s better to pretend, wear a mask, because in any case, life is a farce.

Favola is a film which is not a film in the traditional sense of the word. It is an artistic work which recalls certain films by François Ozon (Water Drops on Burning Rocks the play by Rainer Werner Fassbinder) in which the theatrical setting is clearly expressed without the need to move the story to a realistic world. It is no coincidence that the film is being released in cinemas as a special event for Nexo Digital, a distributor of artistic films and documentaries. It is in this use of the cinematographic format to slightly change the rules of the game that the beauty of this work lies, founded on the theatrical skill of the writer-actor Filippo Timi, who is funny even when saying things which in reality are nothing to be laughed at, and who shows how the theatre can offer a new lease of life to the cinema, even in Italy, with stories with brilliant scripts which have already been successfully performed on the stage. The wait is now on, following Favola, for Thanks for vaselina and Palloncini, a recent Italian pièce, which will both soon be released as films next season.