How will we build the library of the future?

In the book Libraries and Their Architecture in the 21st Century, experts from different disciplines alternate reflections on contemporary libraries and their virtuous architectures. Among the main references, the works of Henning Larsen Architects, Snøhetta and Max Dudler. 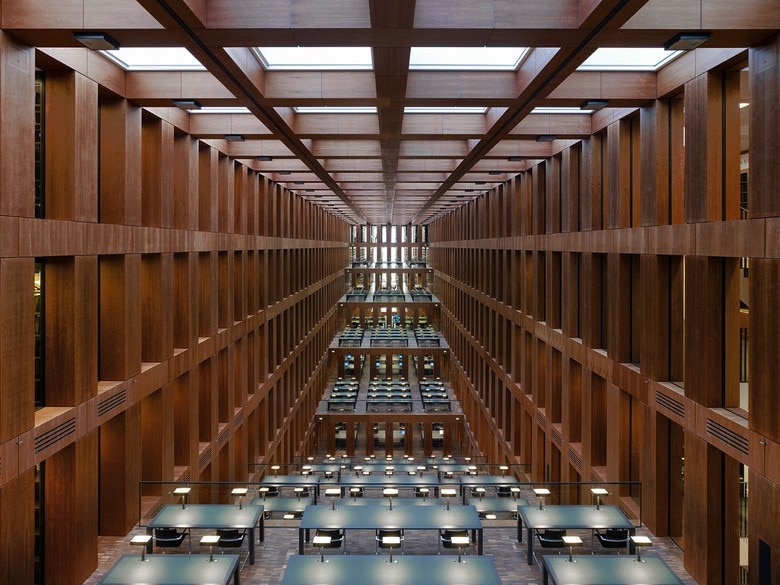 This article was originally published on Domus 1066, March 2022.

For today’s architects, designing libraries is fertile terrain for experimentation, and for various reasons.

Firstly, because of the constant evolution of production means as well as archiving and spreading knowledge, also related to the digitalisation of supports. A library is required to be, in equal measure, a solid built form, which is represented in its nature as an institution, and an empty public space, open to its context and able to embrace and stimulate the practices of all its users. With this latter aspect, library design has acquired increasing importance over recent decades. Lastly, libraries are among those buildings that, due to their symbolic value and overall generality of their programmes, are less rigorously regulated than others concerning their size and configuration. Architects have a decent leeway, often incentivised by the possibility of an economic and spatial dépense, permitted by clients in homage to the sacredness of knowledge, which is more or less genuinely felt.

The first publication of the MSAO Future Foundation – the research branch of the Miersch Suess Architectural Offices of Ines Miersch-Süß – reflects on the pivotal role played by library architecture in the contemporary knowledge society. The rich and in-depth volume Libraries and Their Architecture in the 21st Century (De Gruyter, 2021), edited by Miersch-Süß, presents the results of the International Library Summit, which took place in 2019 in Venice.

Contributions by experts from different disciplines – including architects, library scientists and publishers – alternate with reflections on transversal topics, citing virtuous examples of 21st-century libraries, considered not only or not so much according to the parameters of architectural quality, but rather as common rooms of authentic democracy in accessing, elaborating and exchanging knowledge. Henning Larsen Architects, Snøhetta and Max Dudler are some of the architects involved in this collective reflection, which aims to be a reference for the theory and practice of building libraries of the near future.

Read also: The library of the future according to Snøhetta