An interview with the Dutch photographer who has been visiting uninhabited houses, factories and churches for over ten years. We asked him what the purpose of this research is and what risks he takes to bring home a good picture. 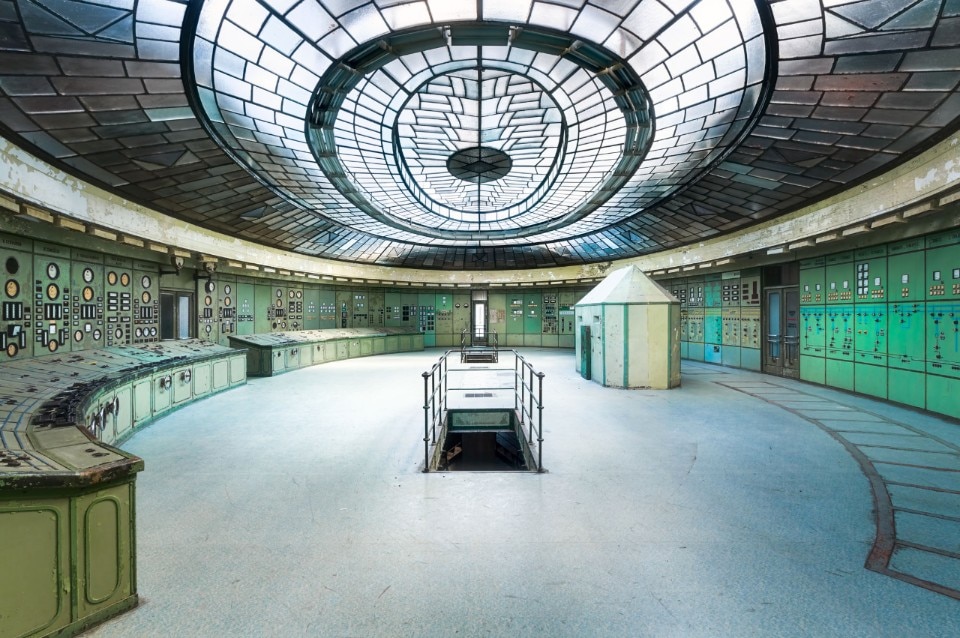 All space rich in aesthetics and memory that we find on social media with the hashtag #abandonedplaces, the abandoned places of the world. Roman is Dutch, and when we interview him he has just returned from Italy, where he hopes to move one day because of his strong interest in all the abandoned buildings that can be found there. He has been researching abandoned buildings online, on maps, for eleven years now. He locates them, studies them, finds a way in and photographs and documents them.

“Last year I celebrated ten years with a book that collects all my work”, says Roman. “At first it started as a hobby, something to do during my free time. I would go to Germany with friends, find these uninhabited places that I was curious about and take pictures. I would share my photos online, there are very large and active communities of people interested in abandoned places”.

Over the years Roman has travelled throughout much of Europe. “For Germany and Belgium it was easy,” he explains, “I live in a small town ten minutes from Germany and ten minutes from Belgium, it is the lucky thing about living in Holland. For a couple of years, I spent a lot of time in Belgium. Then I got bored, the houses started to look all the same to me. So I travelled to East Germany, where there is very interesting post-Soviet architecture. And then to Italy, Poland, and many other countries”.

Post-Soviet countries are full of brutalist residential architecture (actually, often all but abandoned) that has always interested people who carry out this kind of research. “I have seen a lot of brutalist architecture in Georgia, and in the regions between Georgia and Russia”, says Roman. “But I love Italian places much more, I love frescoes, I love that kind of architecture and decoration. I also found something similar to that in Austria or Bulgaria”.

Roman Robroek is not only a photographer of abandoned places, but also of abandoned objects. “Yes, of course”, he replies, “think of pianos. They are objects too heavy to move and take away, that’s why they are left in these abandoned houses. They are very evocative, interesting, romantic. Or the cars left in garages, they are vintage, covered in dust, they are incredible. I love capturing the history that entered these places, imagining who played that certain piano. The present and past meet here. But there is also the future, because these buildings are often symbols of a community, here are the criteria, the styles, that guide the future of a community.”

For the photographers who are part of “abandoned places” communities, one of the most recurring questions is: “how did you break in?”. It is certainly one of the interesting aspects of these projects, to enter closed buildings that are often restricted to the public (e.g. industrial warehouses) and have the time to photograph them with all the criteria of architectural photography. “Very often it is not allowed to enter these spaces. There is no electricity, you cannot mount flashes, you have to photograph with natural light. And you cannot make any noise while walking around. And then of course you have to be careful of the fragility of the structure, both for your own safety and not to ruin these places. For a long time I went with friends, because if something happened to me I wanted someone to find me”.

It is said that the interest in abandoned places came after 9/11, when ruined urban buildings (City of ruins, Bruce Springsteen said) became part of our imagination. The dramatic naturalness of these images is also the result of a use of light that should never have anything artificial about it. Roman Robroek shoots exclusively with natural light, and he does this for two reasons. “First of all, I realised that by bringing the flash or artificial light into these locations I would be seen from the outside, and I did not want to. The second reason is that I want to keep the environment as natural as possible, as I see it with my own eyes, in fact I don’t move anything, I don’t clean anything, I want everything to appear as it is at that moment. I prefer to photograph at dawn, because there is a special light, but I have to be honest, I don’t like to get up that early. So sunset is a good alternative.

The wide-angle and very bright lenses do the rest of the work. “I shoot with a Full frame. As for the lens, I have a very wide-angle one, 16 mm, and a 70 mm that I use to bring subjects closer. But what interests me most is the brightness of the lens, because these are often very dark and closed spaces where very little natural light comes in, so only a very bright lens can allow me capture all the details.”

Is there a responsive market for these photographs, besides the lively online communities? “I have to say that the market exists, in these ten years I have always done well”, explains Roman, “there are two major destinations. Firstly, fine art collectors, interested in the history and aesthetic strength of these buildings. And then the publication in newspapers, through the agencies that promote my work in Europe and the United States. Finally, as I said, last year I published a book in which I put together ten years of photographs”.

A final point concerns education. We ask Roman what he studied and whether he was interested in abandoned places during his studies – which we assume had something to do with architecture. “None of that”, he replies, laughing, “I never studied architecture, I am a computer scientist. When I was younger, I spent most of my free time playing video games, I had never used a camera”.

Read also: A reflection on the workplace through Massimo Siragusa’s images
Share