Deyan Sudjic: “Are houses machines for living in?”

The former director of Domus analyzes the similarities between the mechanical world and the one of architecture, comparing the different realities on common objectives of innovation and new solutions: from investments to effective research. 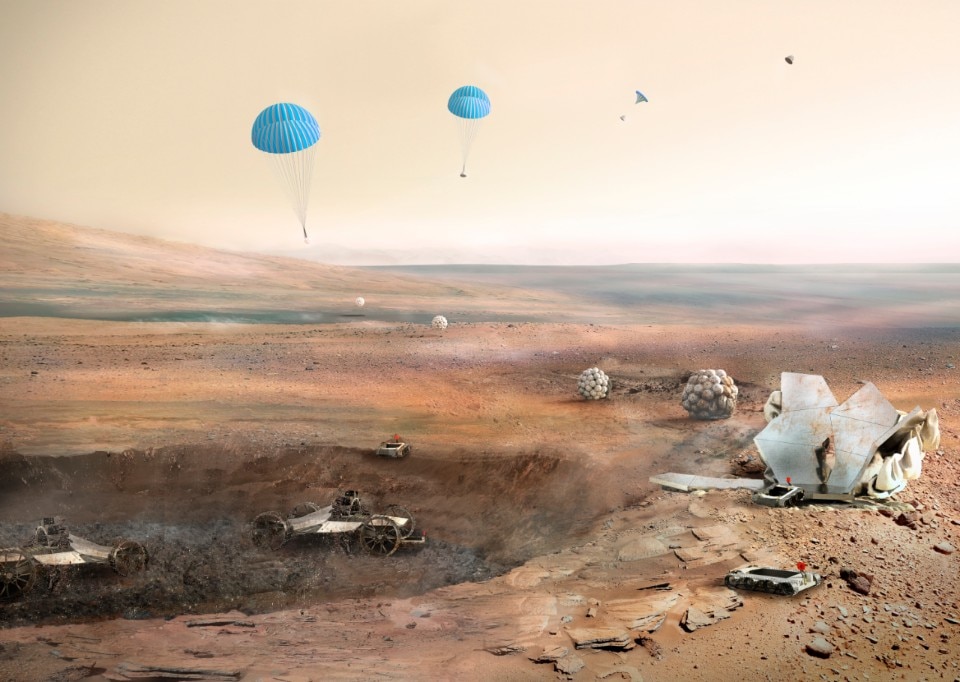 Before the introduction of an annual budget cap of 140 million dollars in 2021, Ferrari used to justify the huge investment of up to 400 million dollars it made to produce the components to assemble two Formula One cars for every race in each championship season by talking about the benefits for everyday car drivers. Its cars, which are capable of sustaining speeds of 400 kilometres per hour for up to 80 minutes, but are otherwise entirely useless for any practical purpose, rely on exotic materials, high-performance fuels, digital aerodynamic design techniques and new suspension systems that will supposedly make their way into mainstream production.

One Ferrari technology transfer manager named Amedeo Visconti once suggested that it’s the primary purpose of the exercise for the company. “Formula One serves as a research laboratory for developing new solutions and showing the world what is possible.” If he is correct, Olivetti and Polaroid might still be the hugely respected companies that they once were had they adopted similar investment strategies.

In a good year, Fiat Chrysler builds 4 million cars and has a market capitalisation of 30 billion dollars. Ferrari builds just 8,500 road cars annually, plus those 2 Formula One cars that used to cost the company up to 200 million dollars each. It is valued at an extraordinary 39.8 billion dollars, 25 per cent more than its far larger parent, suggesting that research laboratories really are valuable properties. The possibility of attracting investment in design research on this kind of scale has always fascinated the architectural world.

As early as 1923, in Towards a New Architecture Le Corbusier suggested: “If houses were constructed by industrial mass production, like the chassis, unexpected but sane and defensible forms would soon appear, and a new aesthetic would be formulated with astonishing precision.” But despite the best efforts of Jean Prouvé with the Maison Tropicale, the dream of using the techniques of a car production line to build houses quickly and cheaply has proved elusive. The idea of designing a house as if it were a car is to rely on a visual analogy rather than genuine technical innovation. The Bauhaus building famously looked like a product of the machine age, but actually depended on laborious handcraft.

Buckminster Fuller had mocked the Bauhaus modernists for worrying only about the appearance of the faucets that they could see in the world that they controlled, and not engaging with the engineering world that governed the pipes that served them. When Fuller patented the Dymaxion bathroom in 1938, he tried to obliterate that division. He devised a shower that required only a single cup of water, using what he called the “fog gun” technique, which involved mixing a trickle of water with a jet of compressed air to facilitate cleaning. For all Fuller’s energy, it got no further than the museum that Henry Ford established outside Detroit.

Perhaps a closer analogy with Formula One levels of spending is the wave of so-called super-tall apartment buildings that began in Manhattan with Rafael Viñoly and his 425.5-metre tower at 432 Park Avenue. If Formula One is driven by speed, super-tall architecture is driven by spectacle. It’s a financial imperative to be the tallest and to offer the most spectacular view. The first 60 metres of the Park Avenue tower have no views, and so are financially useless. They are allocated to what the agents call “staff accommodations, wine cellars and a swimming pool”. To give 106 apartments on 54 floors wrap-around views with a minimal core and 3.8-metre ceiling heights, Viñoly’s tower needed a 1:15 slenderness ratio. There is no question that Viñoly’s structural engineer WSP achieved a remarkably elegant solution to a complex and demanding problem.

The building has a perfectly square floor plan, formed of two perfectly square structural concrete tubes. The interior tube that forms the building’s core measures nine by nine metres. The outer tube is the tower’s perimeter beam-and-column frame, which even with the square floor-to-ceiling windows punched through it is extremely rigid. Every 12th floor is a double-height void on which the inner and outer concrete tubes are connected by stiffening beams. When the engineers tested this structure in a virtual wind tunnel, they realised that even with relatively gentle winds, the tower would quickly start to vibrate. Rather than make the concrete structure even thicker than it already was, Silvian Marcus, WSP’s engineer in charge, decided not to glaze the mechanical floors, but to allow wind to penetrate the tower. “It’s similar to making holes in the sail of a boat,” he said.

Adrian Smith and Gordon Gill’s Central Park Tower, completed last year, is structurally equally extreme. It’s less elegant, but at 472 metres and with 179 apartments, it’s substantially taller, even though it has even more dead space. Residential floors start at 92 metres above ground level. You can expect to pay 65 million dollars for a 5-bedroom and 5-bathroom apartment, with another 30,000 dollars per month in taxes and service charges, or a lot more for the 3-floor penthouse at the top. These are prices that allow space planners to perfect the art of giving extremely demanding clients interiors that rise above the mundane nature of most high-rise buildings. Grand salons and master reception galleries are popular.

Building such towers is without doubt a serious technical achievement based on real research and innovation. The doubt is whether it is research that aims to answer questions that are more generally applicable than in marketing apartments for 65 million dollars. Smith and Gill have certainly learnt from Ferrari. They call their architectural philosophy “global environmental contextualism”. Apparently without the faintest trace of cynicism, they suggested to one reporter: “We focus on designing projects that create new models for sustainable development.”

Perhaps the closest that architects have come to this kind of technology transfer with a wider application is the thinking that has gone into exploring the concepts of living on Mars. It’s what has led both Norman Foster and Hassell to design for autonomous ways of living, using robot construction and printed components to demonstrate ways in which the planet might become habitable for humans despite an atmosphere that is not only oxygen-free but also subject to toxic levels of radiation. Beyond individual habitats, Bjarke Ingels and Elon Musk have explored ways in which large-scale settlement on the planet might become possible. In this they are following a path that Jan Kaplický and David Nixon embarked on in the 1970s, first of all inspired by aircraft and automobile technologies, such as the monocoque shell.

Perhaps more immediately productive have been attempts over the years to use special events as a catalyst for new ways of thinking, such as the 17 architects selected by Mies to design homes for the Weissenof Siedlung in 1927. Mies’s intention was to showcase contemporary architecture and popularise it for a wider public. The one-off house has always been a way to distil new architectural ideas and a test bed for new thinking about ways of living, means of production and space.

It’s what drove the Case Study Houses of California in the 1940s. And unlike Formula One, or the super-tall towers, these were projects grounded in budgets that, while not exactly in the bounds of social housing, were not moonshots. The philosopher Alain de Botton’s Living Architecture project in Britain has seen him build a series of houses designed by architects ranging from Peter Zumthor to John Pawson that are rented as holiday homes to give the public a taste of what such architecture has to offer.

SOHO China’s Commune by the Great Wall project marked the beginning of contemporary China’s fascination with new architectural thinking. More ambitious programmes such as Foster + Partners’ attempts at a car-free carbon-neutral settlement at Masdar in the United Arab Emirates or Leon Krier’s master plan for Seaside in Florida have ideological objectives. Drop City in Colorado and the Burning Man offered a counter-cultural take on this approach. Amsterdam’s Borneo-Sporenburg project by West 8 brought the two together, allowing laissez-faire architecture in the context of a tightly controlled development matrix. And it is such projects in which research is applied directly that are perhaps the most effective.

Ingenious though the super-tall towers are, they have recently seen residents complaining about noise caused by wind whistling through voids in the structure, not generally considered to be a problem by Ferrari enthusiasts.