Designing an open school and learning how to live together 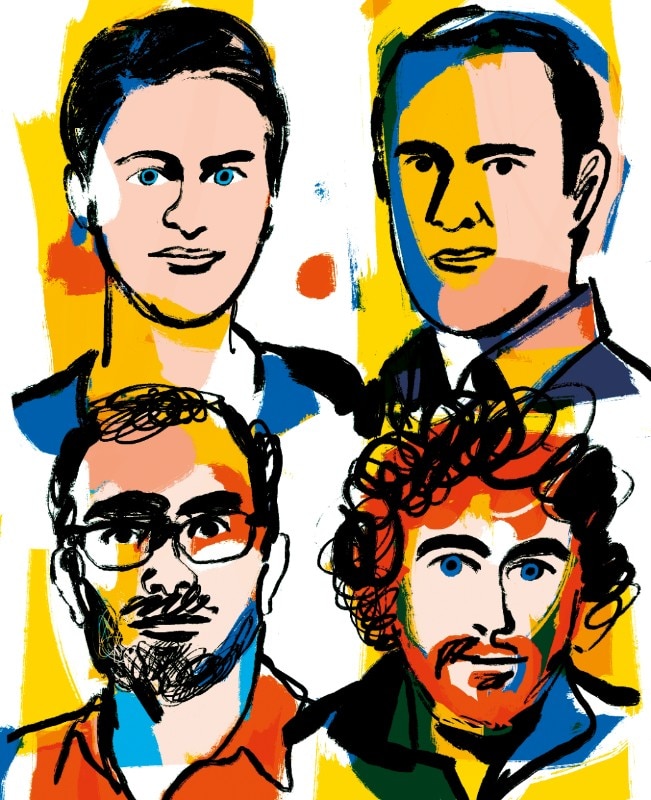 This article was originally published on Domus 1060, september 2021.

Yves Moreau: The types of school buildings vary enormously, depending on the country. In their built form, they embody the way the role of the institution is conceived and its relationship with society. In France there is a strong tradition of “the republican school”, which strongly undermines all education programs.
The republican school is the idea that the school plays an important role in fabrication and the maintaining of the republican state. It is a foundation of the public thing, the common ground of the democratic society. This common ground is based on values of equality between children.
Currently, we are working on a competition for a school in Switzerland, where some spaces, by contrast, are designed to be open to the outside world. If there is a courtyard, for instance, it will also be accessible to people who are not part of the school community. So in this case the educational building acquires, at least in part, the qualities of a public space.

Driss Kettani: Today, teaching methods are undergoing an important phase of change, yet the functional programmes requested by clients are often rooted in models from the past. As an architect, I believe it’s important to reinterpret the rigidity of old functional models, proposing solutions that make learning spaces flexible, open and of quality.
Plus there’s a solemn and almost mystical dimension to school architecture that me and my studio partners, Saad El Kabbaj and Mohamed Amine Siana, try to apply to our designs. But without forgetting that this kind of architecture must convey lightness and joy: from configuring shared spaces to relations with cities.
Our design approach tends to join vernacular architecture and Modern experiences in Morocco: especially, the work of Jean-François Zevaco. I find that a reference to traditional spaces and materials can spread a sense of a building’s belonging to the community and activate its integration with the surroundings.

Anna Heringer: Rethinking our relationship with the environment also means establishing a relationship with the context. The use of local materials, as Driss rightly points out, is essential when you want to create a project that responds to the specifics of a place. When you work for a community, there is a significant advantage. The local workforce is familiar with the tradition of construction and with a certain type of spatial and material expression, which brings the building closer to those who will use it.

Karim Nader: In many parts of the world, schools are becoming more complex organisms, despite the difficulties created by the pandemic. In a way, at times I find myself feeling “against school”, or rathe gainst the way we have conceived education up to now, separating teaching from direct experience, which often translates architecturally into rigid structures.

DK:Again in this case, I feel that reinterpreting local architecture can help soften a certain rigidity when you design an institutional building. In 2011, with Saad El Kabbaj and Mohamed Amine Siana, we completed the Ecole Supérieure de Technologie de Guelmim, as part of a national programme to strengthen higher education in southern Morocco.
On the one hand, the various buildings are arranged along a north-south axis, a covered path that rationalises the distribution and gives a certain theatrical quality to the complex. On the other, each building follows vernacular typologies like those of the riad or the medina, enclosing gardens and playing on the coexistence between different scales adapted to the functions.
With this school we wanted to create close ties to vernacular architecture, which also helped us define the strategies for thermal regulation of the interiors.

When you work for a community, there is a significant advantage. The local workforce is familiar with the tradition of construction and with a certain type of spatial and material expression, which brings the building closer to those who will use it.

YM: In France, we often have to cope with stringent programs that limit our range of action in designing spaces. This is especially true of schools. In the school complex at Boulogne-Billancourt, built in 2018 on the site of a former Renault factory, it was a challenge to incorporate a number of functions open o the public, and therefore introducing a strong dialectic between enclosure and openness.
So how to conceive building that are both enclosed and open, both neutral and open to differences? This is the question, that we always must answer we conceive public educational buildings.

KN: We recently had the opportunity to reflect on this through the “10 Schools Repair” project, commissioned by the Swiss Agency for Development and Cooperation. This is a project coordinated with the Ministry of Education of Lebanon to make ten schools in the western part of the capital operational again. This was after the explosion on 4 August last in the port of Beirut, which created a huge fracture in the multifaceted fabric of the city. In this respect, schools were among the worst hit structures. The ones we were dealing with differed widely. On the one hand we had to work on a heritage of the nineteenth century, including former residences.
On the other, Modernist buildings dating from the 1950s. The recovery project involved extremely tight deadlines and budgets. By optimising these limits to the utmost in each project, especially in the case of the most recent buildings, we were able to insert a series of new functions, opening the school programme to the city with libraries, urban gardens and workshops, which were planned to include residents of the neighbourhood.

AH: In my work, I feel affinities with an almost artisanal practice of architecture. This means that my office is very active abroad. Perhaps, precisely because of this approach, I look for those occasions where I can best express my confidence in architecture as a way to improve the living conditions of individuals and communities.
Our recent experiences are those at the Tatale campus in Ghana and a view years ago the METI School in Bangladesh. In this last case, the pupils were even involved in building their own school , that would hardly have been possible in Europe.
The cavities in the mud walls, in which children find themselves surrounded by a space resembling a womb, reflect a strong urge to experiment. We see the building work as a form of collective reflection and construction, in which everyone can learn and teach at the same time, in a process of learning-by- doing. Learning to build gives individuals a sense of independence, enriching a community with new prospects, including its economic potential, while the participatory design of spaces generates a sense of identity. If you like, the building site itself is, in its own way, a school