Carlo Gandolfi remembers his friend Paulo Mendes da Rocha, a key figure in contemporary architecture, who passed away at the age of 92. 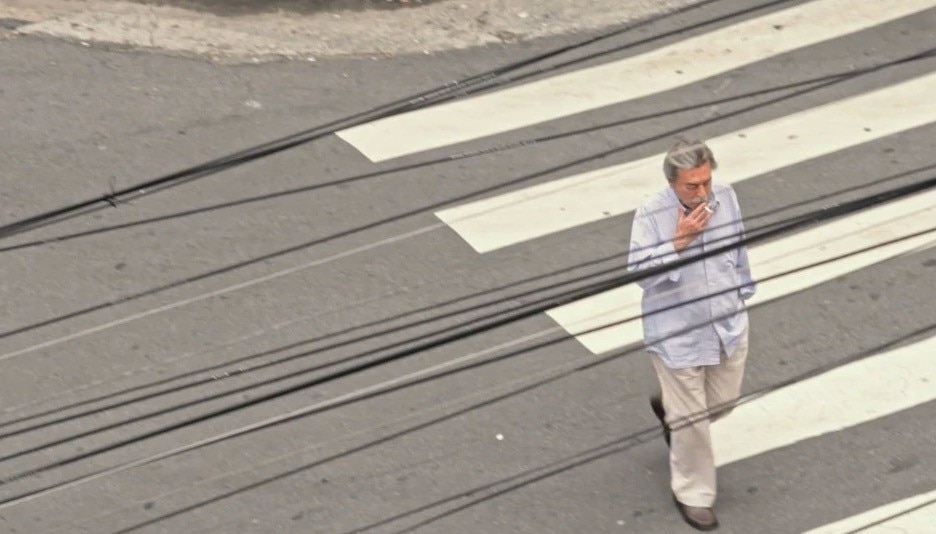 “I owe a lot to my childhood, which was very exciting. I experienced extraordinary things. I owe a lot of my formation to it. I was born in Vitória do Espírito Santo, a seaside city with a big port, a city that never sleeps, where people at the port are always working. This idea of constant work impressed on my mind the idea of work being entirely separate from working hours. [...] Imagine a huge port, where ships come and go at any hour of the day, a huge workshop constantly illuminated, as if there were never a timetable, which brings us back to the idea of the Universe... after all, sailors have no timetable... I was born in my maternal grandparents' house. My grandfather, Serafim Derenzi, was a road builder of Italian origin. Ours was a very large family, composed of two men and eight women. I remember when they used to make gnocchi. You know the movement you make with your hands and the fork?

I learned a lot of things from my grandmother. She was a fantastic woman. In Vitória it was very hot and, in that house, there were three ice-houses. She would make sorbets and then all the grandchildren would come to her house. Then she would take out a little chair, sit in front of the icehouse and start crocheting, otherwise, we would eat the sorbets before they were even ready... My grandmother taught me awesome things. If you think about it, they were lessons in thermodynamics, calorimetry, fluid mechanics, time as a real ingredient of action, and crochet and its code was a way of measuring time: she didn't look at the clock, instead, she sewed for a while. My father was an engineer of Bahian descent who grew up in Rio de Janeiro. He worked in hydraulic engineering. I grew up seeing the resourcefulness of things, the possibility of transforming them. I realise that this has influenced my perspective on design, on the relationship between ideas and objects. Man can turn the existing beauty into a beauty that is desired and necessary for life to exist and build cities... there is a relationship between natural growth and human ingenuity”.

Dear Paulo, I am trying to unravel the post-mortem journalistic mechanism and, as today I feel unable to tell your story, I can only quote the words from when I first met you. They are so authentic and sincere that they accurately express your character, your relationship with reality, and the world that you made better with your work. Next October, Paulo Mendes da Rocha would have turned 93. He studied at Mackenzie  in São Paulo and worked with Vilanova Artigas from the 1950s onwards. He created works of extraordinary quality, all characterised by their degree of abstraction and synthesis in relation to the theme of the project, as well as by their extraordinary degree of structural boldness.

His international success came late, partly because of the isolation caused by the military dictatorship's measures against him and the  concentration of his main works in the state of São Paulo. After decades of silence from the historical-critical culture, which has only been active since the second half of the 1990s, a few days ago he was awarded the last of many (belated) prizes. After the Pritzker in 2006, the Golden Lion at the Venice Biennale exactly five years ago, the Imperial Prize of the Japan Academy in 2016, the Gold Medal of the Royal Institute of British Architects in 2017, next June he would have been awarded the Gold Medal of the International Union of Architects.

The architect's engineering is linked to human life, to the place they inhabit. Perhaps architects are the last humanists.

Receiving awards, however, was not his main concern. I can remember Paulo Mendes da Rocha with a few adjectives that relate to the person I met. His generosity: he made his knowledge, his time, his genius available to students and scholars, the architecture community, and all citizens. His ideological integrity and political outlook: he never tried to compromise or to take a shortcut, which from an ethical point of view is an exemplary attitude. His was not an obedient architecture, but rather a dialectical and didactic activity, which presupposes culture and vision, imagination and experimentation, starting from his humanist attitude, which was as urgent as it was forward-looking: “Architecture is a form of knowledge, not just simply the exercise of a profession. What characterises architectural vision is the possibility of imagining a constructed, realised thing. We could say that the architect is a particular engineer and, vice versa, that a good engineer is a particular architect. In a certain sense, it is as if we were born architects; it is as if humans were inclined to form their own habitat. The architect's engineering is linked to human life, to the place they inhabit. Perhaps architects are the last humanists”.

His gaze was full of hope – “Wisdom is the daughter of experience”, as Leonardo da Vinci claimed – and nourished by his knowledge of space and the means of transformation of nature. That's how, thanks to his imagination, in his projects, beams become walls to free up space, and every structural constraint becomes a challenge to recount the possibilities of technology with gentleness and elegance; the Brazil Pavilion is a distillation of lyricism and structural tension; the Paulistano Athletic Club Gymnasium emphasises its objective quality, offering the city of São Paulo its first excellent project; the Serra Dourada stadium in Goiânia is a garden for sport; the Brazilian Museum of Sculpture in São Paulo is an open-air theatre; the Poupatempo Itaquera is a large-scale civic landmark; the SESC 24 de Maio in São Paulo is a succession of functions culminating in a swimming pool soaring over the city's rooftops. The list could go on and on, with over three hundred and forty projects (of which only forty have been built).

When he talked about certain projects, he would sometimes say “as if it were a Venice”. Here Venice was not the city, but rather a theatre, a mental place, a miracle made by humans for their own happiness, in dialectic with a natural condition. His love for this city was a constant in his most important conceptual formulations. His ability, which could be described as directorial, visionary, and radical, shows us a way of thinking and acting in the name of a discipline that deserves to regain the collective dignity that by its very definition distinguishes it. Not only: in a time in which complexity seems to swallow thought and the worst architecture supine to speculation advances - this was one of his fears - Mendes da Rocha bequeaths his thought made of density and depth, expressed - as in his projects - with the lightness that distinguishes him, his musical nonchalance.

Dear Paulo, your architecture has been described as timeless, eternal, devoid of all rhetoric; an architecture where humans are always at the centre. Telluric, classical and at the same time condemned to its perennial modernity, I'm thinking of your masterpiece, the Brazil Pavilion in Osaka. I am thinking of the song by Sílvio Caldas Chão de Estrela - Nossa cidade aberta / E o que nos resta / É celebrar: Our open city, what remains to us is the solemnity of remembrance.

We will never forget your lesson, that city that you created for everyone, and that will remain eternal, like your work full of life.