Djamaâ el Djazaïr: the Great Mosque of Algiers is the third largest in the world

Flanked by the tallest minaret on African soil, the Great Mosque of Algiers, also known as the Bouteflika Mosque, is a much-discussed monument, a political project and advanced architecture at the meantime. 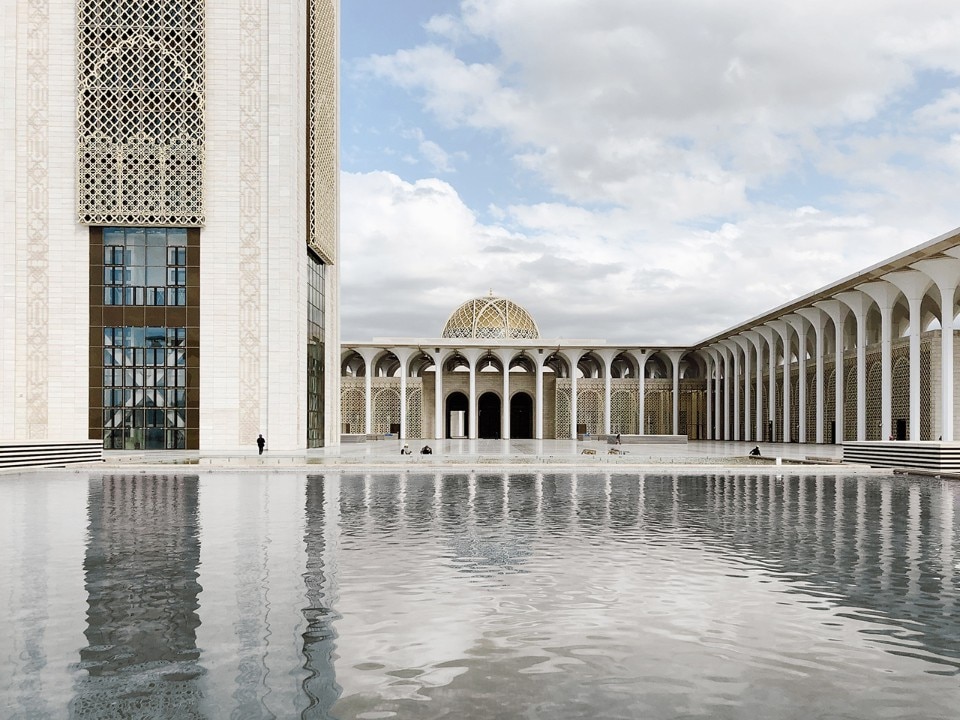 After nearly eight years of construction work, the Prayer Hall of the Grand Mosque of Algiers, which can accommodate up to 120,000 people, was consecrated and opened to the public for the first time on the Muslim holiday Mawlid an-Nabi (Feast of the Birth of Muhammad) on October 28, 2020. Then opened last November 6 to the public for the first time for Friday prayers, it was then closed again due to the rising curve of Covid-19 contagions. But the mosque’s is a complex story that the pandemic only makes more apparent.

The monumental complex was strongly desired by former Algerian president Abdelaziz Bouteflika – forced to resign after twenty years in April 2019 by street protests – as a kind of architectural concretization of the political project of opening up to moderate religiosity but also as a monument to himself, which is why the mosque is nicknamed Bouteflika Mosque. The city already has hundreds of neighborhood mosques, while the country’s health care system is seriously outdated and this, as pointed out by many critics of the mosque’s pharaonic project, is tragically relevant today. It cost more than 750 million euros from Algerian taxpayers, which could have been spent otherwise.

Finally, the criticism of Morocco, which has seen in the construction of the high minaret a real competition with the Hassan II Mosque in Casablanca, a controversy that is part of the already not very serene neighborhood issues. The contract for the construction of the project was signed in the presence of Angela Merkel during her visit to Algeria in 2008. It was the golden age of oil revenues, today significantly reduced.

View from the geometrical garden

View from the multilane parallel to the complex

Aerial view of the mosque site

The minaret is a new city‘s landmark, well visible from Algiers‘ port

View of the long arcades of the complex

View of the big esplanade with calla shaped pillars

The great Prayer Hall can host until 120,000 people, covered by the 70 meters high cupola

The entrance to the mosque

Detail of the travertine pillars

View of the minaret from below

View from the geometrical garden

View from the multilane parallel to the complex

Aerial view of the mosque site

The minaret is a new city‘s landmark, well visible from Algiers‘ port

View of the long arcades of the complex

View of the big esplanade with calla shaped pillars

The great Prayer Hall can host until 120,000 people, covered by the 70 meters high cupola

The entrance to the mosque

Detail of the travertine pillars

View of the minaret from below

The mosque was designed by the consortium of architects KSP Jürgen Engel Architekten and engineers KREBS+KIEFER International. The construction, which covers a gross area of about 400,000 square meters, was entrusted to China’s largest construction company, the China State Construction Engineering Corporation (CSCEC), as general contractor. In the official communication, the countries that worked on the project – Algeria, Germany, China – are described as an extraordinary opportunity to promote integration among peoples. But it is impossible not to see here, too, an element of the geopolitical interests of the countries involved: Germany putting one foot in the former French colony and China continuing its race in Africa, consolidating a long-standing political relationship through trade. The fact remains, however, that even the harshest critics recognize that the monumental complex – which contains a number of functions in addition to the mosque – has the great merit of enriching the country’s architectural culture not only in terms of form but also in terms of engineering. In fact, the most advanced construction research has been applied to create structures capable of withstanding earthquakes.

The main complex with the Prayer Hall is based on a structure with four square modules arranged in a line, each measuring approximately 150 x 150 meters. They form a hierarchical spatial sequence in a linear arrangement; in the direction of Mecca, the open podium with the entrance porticoes (the pergola) and the view of the sea is followed in line by the (esplanade) which transitions to the religious areas such as the main podium (courtyard) and the Prayer Room (salle de prière). The communal podium houses an underground parking lot with approximately 4,000 parking spaces and as an elevated platform creates a clear spatial division from the multi-lane highway that runs parallel to the complex.
The key stylistic element of the ensemble is the slender pillars with their projecting capitals, which are found in all parts of the complex. Their shape and proportions are inspired by the calla lily, native to Africa. The floral pillars – 618 in total – are installed in different heights and versions according to their functions, and serve as a connecting element for all areas of the complex. Even the interior of the large prayer hall, with its central dome, is divided by pillars, which here reach heights of up to 45 meters. The pillars also serve technical purposes such as ventilation, drainage from roof surfaces, and improving acoustics due to their large capitals. The Mezquita-Catedral of Córdoba provided a historical reference here, with its dense rows of pillars dividing the prayer hall, but still making the breadth of the space perceptible. The use of travertine refers to the materiality of the desert.

Scheme of the monumental complex functions

Scheme of the monumental complex functions

In addition to the dome, which measures 50 meters in diameter and reaches a height of 70 meters at its peak, the main landmark of the complex, easily visible from afar, is the minaret, which rises up to 265 meters. The slender tower follows the construction tradition of the Maghreb: asymmetrically shifted from the axis with a square footprint. At the same time, however, it is the first minaret in the world to take on different functions and is therefore similar to a modern hybrid skyscraper. In addition to a viewing platform at the glazed top of the tower (the Sommah), the structure also includes a museum of Islamic culture, a research center, office areas, and sky lobbies. These also serve as vantage points and visually divide the tower into five segments in line with the Five Pillars of Islam.