Occupied Cities, 2020: Is sitting in public forbidden in the United States?

The recent protests have highlighted a very peculiar aspect of American cities: places to sit outdoors do not exist, or have almost all been eliminated in recent years. 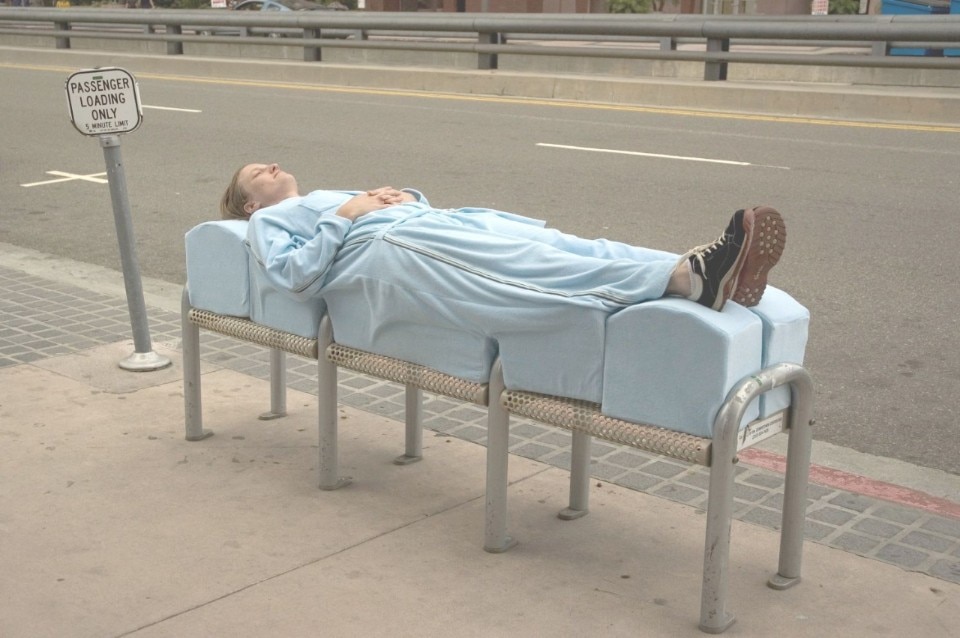 As the urban anthropologist William H. Whyte said, “This might not strike the reader as an intellectual bombshell,” but “people tend to sit where there are places to sit.”

While the start of the Occupy Movement can be traced to a location in NYC near Wall Street on September 17th, 2011, prior occupations had already been carried out elsewhere. Cairo with Tahrir Square and the waves of the Arab Spring, Teheran with the Iranian Green Movement, Gezi Park in Instanbul, and Spain with the Indignados all became visible locations for these types of protests. They became synonymous with the “we are the 99%” movement, described by Cornel West as a “democratic awakening,” triggering a global following of demonstrations in public places.

Zuccotti Park in Downtown NYC became the face of the Occupy movement and also brought to light the fact that it was not actually a public space. POPS (Privately Owned Public Spaces), which number about 600 in NYC, are spaces dedicated to public use and enjoyment but are owned and maintained by private property owners, in exchange for the permission to build bonus floor area or gain waivers. Occupy Wall Street chose Zuccotti Park for its unique location, which was exceptionally not abutting a tall high-rise and was surrounded on all sides by public streets. Unlike city-owned parks it was open 24 hours a day, and was not governed by curfews like city parks. This ‘public’ space, which was one of the largest private parks in the city, featured low stone benches, large beds of ornamental grasses and a dense canopy of trees, in contrast to most other POPS that have earned mixed reviews when judged as public spaces, as they add little in terms of urban qualities.

While NYC had its Zuccotti Place, Cairo its Tahrir Square, Paris its Champs Elysées, Vienna its Ring Strasse and Barcelona its Plaza Catalunya, what is the proper place to occupy in Los Angeles and other sprawling cities of our Hemisphere that lack obvious central gathering points? It was telling that in the recent demonstrations for social justice and against police brutality, that the most violent confrontations and looting occurred in some of these private public spaces. The Grove on the West Side, Santa Monica’s Third Street Promenade, and shopping inlets along Rodeo Drive were all looted and have since been boarded up. These urban Ersatz places, that imitate pleasant urban density, with their high-end chain stores, terraced outdoor restaurants and sanitized kiosks selling selfie accessories, are highly controlled and monitored spaces more like Disneyland than a real urban streetscape. It is also important that exactly these spaces are becoming the bulwark of commercial private space that must be defended at all costs by armed police forces in military gear and attitude.

Over the years and in several cities, public seating has dwindled and even been criminalized when aligned with “loitering.”

Over time, many municipalities have given-up on encouraging urban development through sensible planning incentives. They would rather cover the wounds of inner city devastation caused by urban renewal with dubious developments that usually favor limited access, privately controlled areas, private policing and gentrification. These places are weaponized with rules, like “no loitering,” and spikes to deter skateboarders and the ever-growing homeless population. Classical and relaxed chill beats are piped in to encourage a calm shopping experience.

Elsewhere in California, San Francisco removed the benches from Civic Center Plaza and the nearby United Nations Plaza. Over the years and in several cities, public seating has dwindled and even been criminalized when aligned with “loitering.”  At the same time, homelessness has dramatically increased, turning the search for urban seating between tourists and dissidents into an open battle. Los Angeles with its lack of public space has seen poverty and homelessness spill out into public display. With Los Angeles’ array of leftover urban spaces caused by streamlining of car traffic, which had the effect of confusing sidewalk space and inaccessible traffic islands, homeless encampments proliferated and became the visual manifestation of a litany of social problems: inequality, lack of affordable housing, and a disconnected and disgruntled population. One of the keys to a more egalitarian city is the chance for residents to interact and walk along sidewalks that are free for everyone rather than policed by private security guards.

Fueled by the frustration of confinement to homes and the internet, the current call to take to  the streets has not seen such vitality since the 1970’s. To demonstrate in a suburban environment poses its challenges, and it is interesting to see how these marches adapt to this reality. Instead of centralized marches in familiar locations, we find a dispersed series of smaller localized demonstrations roaming unsuspecting and unprepared neighborhoods. Social media and limited freedom to roam has perhaps brought on an unintended benefit by mingling groups at marches that would otherwise not take on similar goals. It can be speculated that LA’s post-modern urban structure, usually dismissed for its lack of connectivity, might provide a good conduit to a more positive future for a more open city.

Right now, it is too early to speculate on the fate of CHAZ, the Capital Hill Autonomous Zone in Seattle, Protestors re-dubbed that space a CHOP, or Capitol Hill Occupied/Organized Protest, and declared a “no-Police” area, demanding the defunding of police at the same time as they set up a festival-like area with community feel-good amenities like workshops on racial equality and community gardens.

While this moment brings back memories of hippie politics and the architectural proposals for Open Cities from the late 60’s, this new way of being tested out in abnormal times can hopefully reinforce open-city values and lead to an urban environment where the pavement once again becomes the seat of power. Hopefully benches will arise to offer places of rest for weary protestors and facilitate new urban explorations.

Opening image: Sarah Ross, Archisuit, 2005-2006. Benches often feature “armrests” that can make benches more accessible for the elderly and people with disabilities. These armrests also deter the homeless from sleeping in public spaces. With her Archisuit artist Sarah Ross created something that allowed the wearer to “fit into, or onto, structures designed to deny them.”