Memphis is growing thoughtfully through considering strategic connections between cultural centers on the rise while striving to retain its rich character, and attract people and businesses back into the city center. 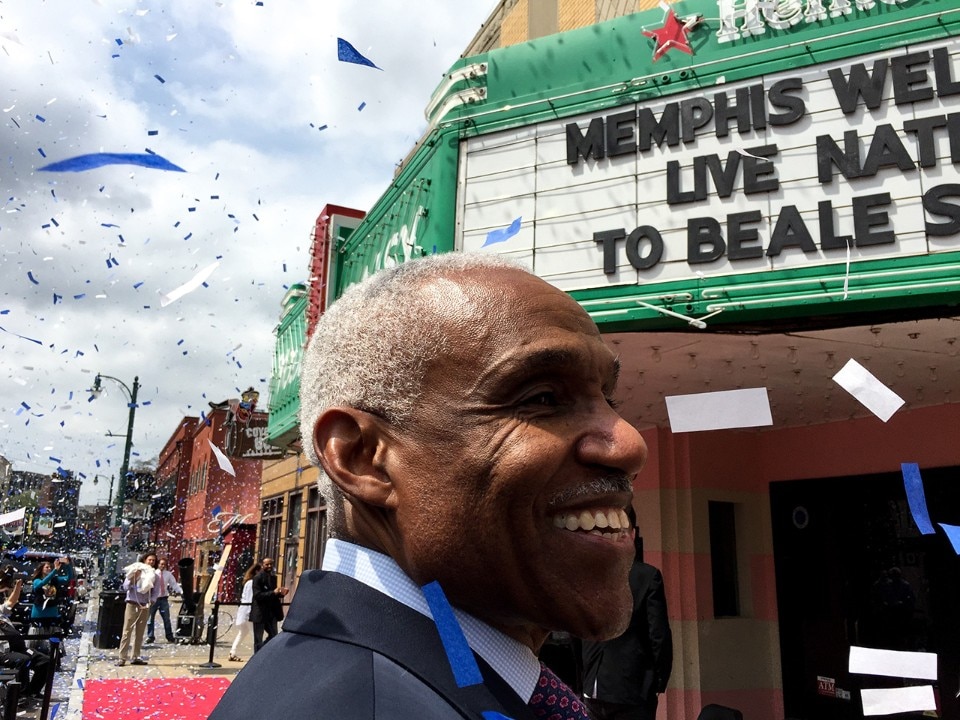 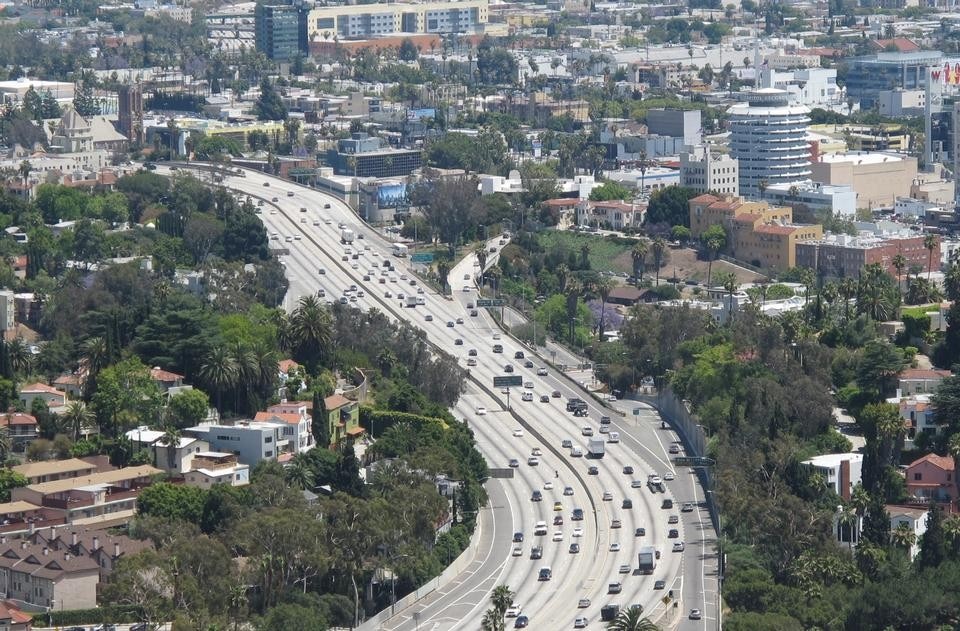 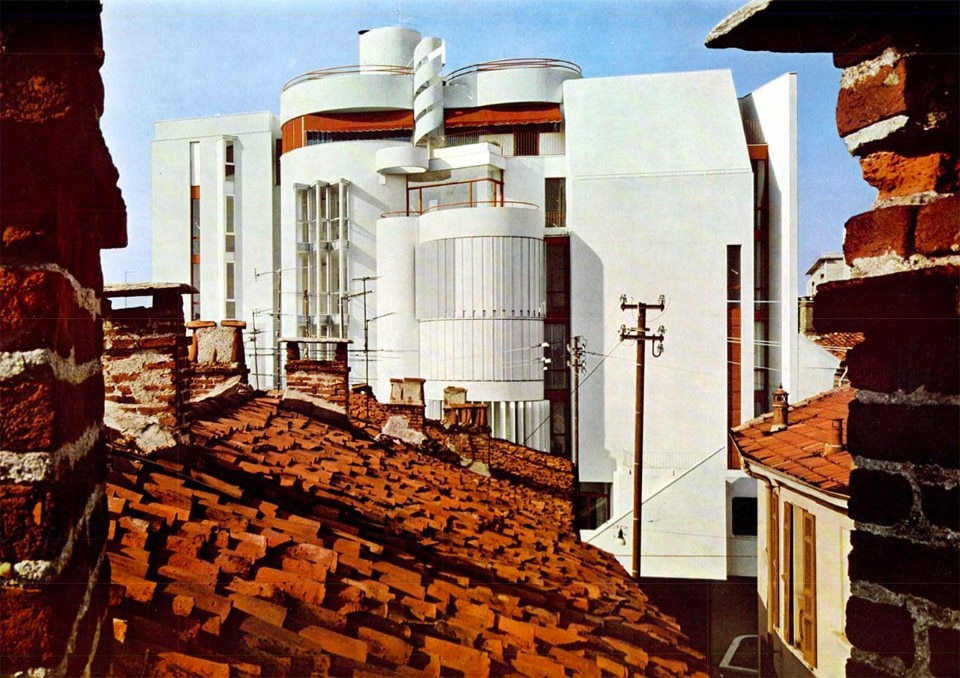 We invited archimania, a Memphis-based architecture studio, to tell us about their city, where a major urban redevelopment rooted in the city core is ongoing.

The Mississippi River has had quite an impact, economically and culturally, on Memphis, one of the primary cities that sits along the River. It helped shape the city into a major shipping port in its early days, and as the city grew into a global hub of cotton commerce in the 1840s, it drew a vast array of people into the city.

The people who arrived in Memphis during this time—entrepreneurs, ship captains, sharecroppers, enslaved people, and musicians—are the same ones who helped shape the city’s culture. The Mississippi River has also influenced the city’s growth pattern and cultural fabric significantly. Like other coastal cities and cities along large rivers, Memphis’ growth patterns have been impacted by its geography. The nearly one-mile wide river bound the city from expanding westward. As a result, the city core—it’s geographic and cultural heart—is not entirely synonymous with the historic downtown. Rather, we view the area inside the Parkways (North, South, West, and East Parkway) as the city core.

Also like many other cities across the United States, Memphis experienced a dramatic population decline due to suburbanization and “white flight”; in the 1960s, racial desegregation in schools pushed many families to move to the suburbs and enroll their children into private schools. In 1968, the sanitation workers’ strike—brought on by poor pay and dangerous working conditions—and the assassination of Dr. Martin Luther King Jr. further accelerated the population decline in Memphis, leaving Downtown desolate. These events, coupled with the appeal of suburban developments, caused residents and businesses alike to leave the city core and move, primarily, east, igniting the beginning of urban decay.

Archimania has called Memphis—specifically South Main—home since its inception in 1995. Though the transformation had not taken root, the founders of the company could feel the soul of the city and understood the potential for urban renewal. We are happy to see that over the last few decades, development has shifted directions, and more investments have been focused again on the city’s core. We are now witnessing another wave of entrepreneurs, creatives, investors, and musicians coming to Memphis, which now has several cultural centers/districts that are changing. Some of these neighborhoods include Downtown, South Main, Uptown, Crosstown, The Edge, Cooper-Young, Overton Square, Broad Avenue, and Midtown. We hope to see the connections between these taken into consideration in meaningful ways as the city continues to grow so that the neighborhoods grow together in support of one another toward walkable, vibrant linkages to urban places.

Sitting down to write this article led us to question what truly prompts relocation, particularly back to historic neighborhoods or downtowns. We discovered many people would relocate to a city based on historic buildings and districts, cultural centers (organizations promoting culture and/or the arts), food options, public parks, and access to education and easy transportation. All of these amenities play an important role not only attracting people to a place but ensuring they will thrive there. For the sake of brevity, we will focus on discussing just a few of many current projects in Memphis.

One example of a thriving cultural center is Overton Square in Midtown. Overton Square was one of the first areas to redevelop in Midtown. We got to know this area and community well during the design and construction of two of our projects, Hattiloo Theatre, and Ballet Memphis.

Hattiloo Theatre, the first Black repertory theatre in Memphis, wanted to relocate from their start-up space, located in The Edge district, to Overton Square. Hattiloo's new building helps promote their art by establishing a distinct presence on the corner of a primary artery in the district. Where Hattiloo was already invested in the city core, Ballet Memphis was motivated to make a dramatic institutional move from their suburban location into Overton Square, helping to grow the entertainment district with an added discipline of the performing arts. Ballet Memphis’ new facility is just a few hundred feet from Hattiloo Theatre. It is an extension of the Company’s mission to reflect the people they serve, “beautifully diverse in mind, body, and soul.” Their unique and award-winning repertoire tells the story of the cultural significance of the area on international stages. We think Ballet Memphis’ move was bold, intentional, and great for future development within the city core.

Archimania is continuing to invest in the city core. We believe our 663-673 South Cooper site, home of our new office currently under construction, has the opportunity to contribute to a growing Innovation District in Midtown that will link Overton Square with Cooper-Young. This vision is not unlike what inspired the firm to open its doors in South Main in 1995. The project seeks to instigate connections between the Midtown community nodes of Overton Square and Cooper-Young making the districts more urban and walkable. An immediate project goal was to develop more usable open space that will contribute to a vibrant setting. The removal of twelve parking spaces from between the two existing buildings and the central curb cut from Cooper Street will offer a new, accessible public courtyard for the community and tenants of the development. Within this context, the site design includes a mixed-use micro village for creatives made up of work, play, and living spaces—adding five micro dwellings to the property. Our new office sits adjacent to Redeemer Presbyterian church, an adaptive re-use project we completed in 2015. The young congregation purchased an abandoned mid-century office building to reinvigorate as their new home and enhance their presence and permanence within the community.

Another significant cultural destination that the City of Memphis has recently invested in is the riverfront. The great Mississippi River is arguably the city’s most significant natural asset. The city plans to transform the water’s edge and existing park on Mud Island, bringing people closer to the water. The project will involve a few primary anchor projects. One is an Aquarium Museum, which will offer educational and recreational opportunities, and emphasize the significance of the Mississipi River and its impact on Memphis. This great river, one of the largest in the world, reaches from the top of the country and empties into the Gulf of Mexico. Another anchor project for the riverfront is an art museum; the Memphis Brooks Museum of Art announced earlier this year that the Museum would relocate by 2024 from its current location in Midtown to a prominent site Downtown on Front Street, overlooking the Mississippi River.

The city is also planning to invest in the green space and parking infrastructure in anticipation of continued growth downtown. We are eager to see these projects move forward, as it will inevitably be a catalyst, attracting other amenities and attracting more people to our city core. As we witnessed with Ballet Memphis’ attraction to Overton Square and its growing community, improvements and changes Downtown will inevitably impact Midtown and vice versa. The Brooks Museum’s move will open up a significant opportunity within Midtown for another cultural center.

Memphis will celebrate its bicen­tennial in 2019, which the city is referring to as “A New Century of Soul.” We’re hopeful about recent developments and excited by how this will continue to move our city forward in a positive way. We hope to see a continuation of the trend of people moving into the city core from the surrounding suburbs that grew in popularity during decades past. We hope the city retains its “soul,” all of the unique character that draws and keeps people.

We believe growing thoughtfully through considering strategic connections between cultural centers on the rise, new focus on progressive architecture and design excellence, continued concentration on reinvesting in historic buildings, parks, transportation, and culture will help Memphis retain this rich character and attract people and businesses into the city core.

We also hope to see developers and city planners strive to retain the people who are already invested in the city, but who may currently live in the suburbs of Memphis (outside the interstate loop). We feel that keeping our community in mind as we build new residential communities, workplaces, and cultural centers will make a difference in the pace and quality of Memphis’ future development forever.

Acknowledgements:
archimania, Lauren Mitchell and Kelsee McKim
Image on top:
A C Wharton, 63rd mayor of Memphis, in a photograph by Stephanie Wexler