Parasite 2.0: “Architecture is at the base of the split between nature and artifice”

Primitive futures, relationship platforms and radical islands. An interview with the “young architectural studio” which operates between Milan and Brussels. 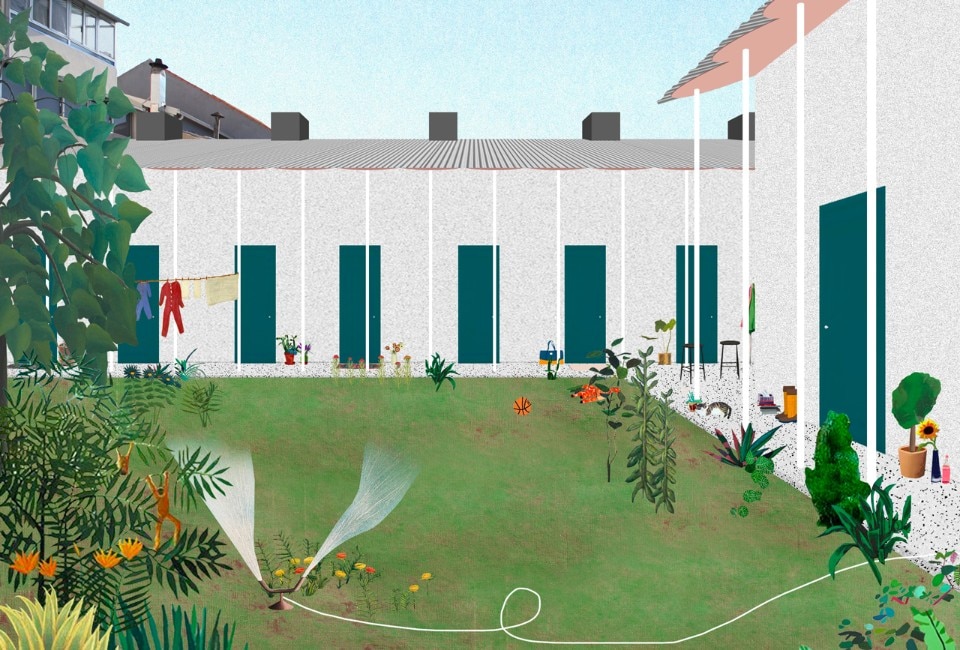 You (Stefano Colombo, Eugenio Cosentino and Luca Marullo) founded Parasite 2.0 in 2010, when you were still students. After almost eight years of activity and numerous projects under your belts, you are still considered a “young emerging studio”. Do you think this is an exclusively Italian limitation? Is it a question of age?
This way of referring to us is simply media and communication strategy, something used by the magazines, curators and spaces we interact with. We don’t give it much thought. In Italy, labelling something as young or emerging often leads to a physical or intellectual exploitation of work. On the contrary, we are never defined abroad. We are never even asked to clarify where we place ourselves, whether it is within the world of architecture, design or visual arts.

You are defined as “neophiliac architects”, like figures which continuously generate conflict. Which of your projects has caused the most discussion?
Any project is conflictual if it is presented as a platform for relationships between different figures. Our first occasion for conflict was the project Parasite Trip, which was part of the programme “Gran Touristas”, curated by Stefano Mirti, Remo Ricchetti and Daniele Mancini for the Italy Pavilion at the International Architecture Exhibition in Venice in 2012. Ours was a journey across Italy in search of architecture in a state of abandon, where we illegally carried out temporary interventions. A few weeks before the final intervention in the Gardens of the Biennial, we were asked to reconsider and change the installation. We refused to do so and continued to create a series of installations around Venice and the islands of the Lagoon. Later, we realised we had created our first T.A.Z. (Temporary Autonomous Zone).

A second moment of conflict was with the MAXXI Temporary School, created in Rome in 2016. With the motto The museum is a school. The school is a battleground, the project took place within a public institution and the Young Architect Program award to create a place for debate and confrontation. We worked on various levels: the physical and material aspects of the pavilion, the virtual level of a smartphone app, and the transient level of a programme of events and conferences.

Read also: Conceived by Parasite 2.0, the installation Books from the Wilderness has naturalised the interior of a Milanese bookshop.

What environment is best suited to translating your research?
At the moment, we are very much focused on teaching, on designing set-ups for contemporary art, every-day objects and events. Fortunately, we are able to develop our research in all of these situations. Teaching is most certainly a moment in which we manage to best expand and translate our ideas.

You are very fond of the community aspect of design and architecture, yet many of your works examine forms of design autonomy, where, through simple instruments, every individual can create their own abacus of forms and elements. Do you not find that these two aspects contradict each other?
It is not possible to discover new collective ways to give form to human habitats if first one does not free oneself from a series of basic structures through a process of individual awareness.

The conflict between artifice and nature is one of your key themes. In a number of writings, you hope for a return to origins, where in reality this conflict does not exist. How do you manage to operate with this ambiguity?
It is a very complex subject which is in continuous evolution, even within our research. We consider architecture as an element at the foundation of processes of anthropisation, and therefore as the origin of a division between nature and artifice. As maintained by the philosopher McKenzie Wark, the concept of nature is something created by us, and is necessary in order to state a difference, to distance humankind from a whole of natural things. It is required in order to justify the violence with which humankind relates to the world. Design is only removed from natural processes because we have decided to see it this way. More than a return to our origins, we imagine the revision of a number of aspects regarding anthropisation, new forms of primitivism immersed in the contemporary world. It is no coincidence that we speak of a primitive future. It is a form of hybridization.

Read also: “Westopia” by Parasite 2.0 feeds on the impossibility to determine an imaginary, signalling how the attraction of various concepts produced by the Western world have in fact generated a sequence of tragedies.

Can forms of collective life coexist in domestic space?
Domestic space is an individual utopia on the scale of a sofa. It is the only place in which legislative and regulatory aspects which determine constructed architecture can be overstepped. Within the home we have the freedom to allow our “radical islands” to take shape. There are already more collective forms of inhabiting domestic space.  Various economic, social and technological dynamics now lead domestic space to assume extremely new forms, which overcome aspects such as privacy and domesticity in general. We also believe it is the space in which, in a certain sense, one can clearly see the changes which are affecting our society.

This interview is part of “Superdomestico. A Dialogue on the New Obsession with Domesticity”, a research project by the casatibuonsante architects’ office and a cycle of lectures promoted and hosted by Ostello Bello, in Milan. Its aim is to analyse the domestic environment and its changes in relation to mechanisms linked to the contemporary economic system.