Sails, waves, slender blades and airy sheets of paper, composed with SANAA’s typical vocabulary, in which even the most solid materials become delicate and rarefied. 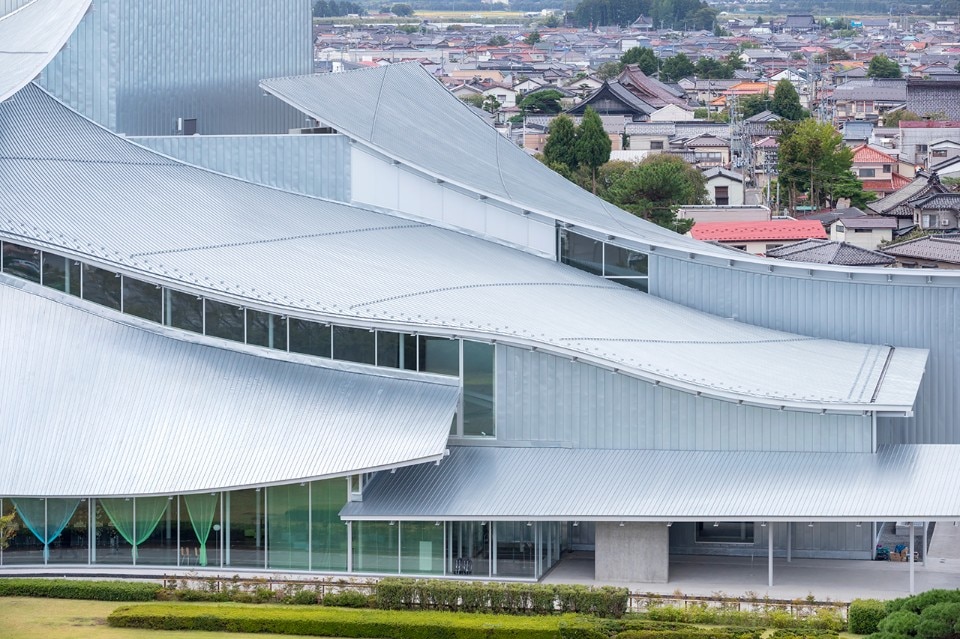 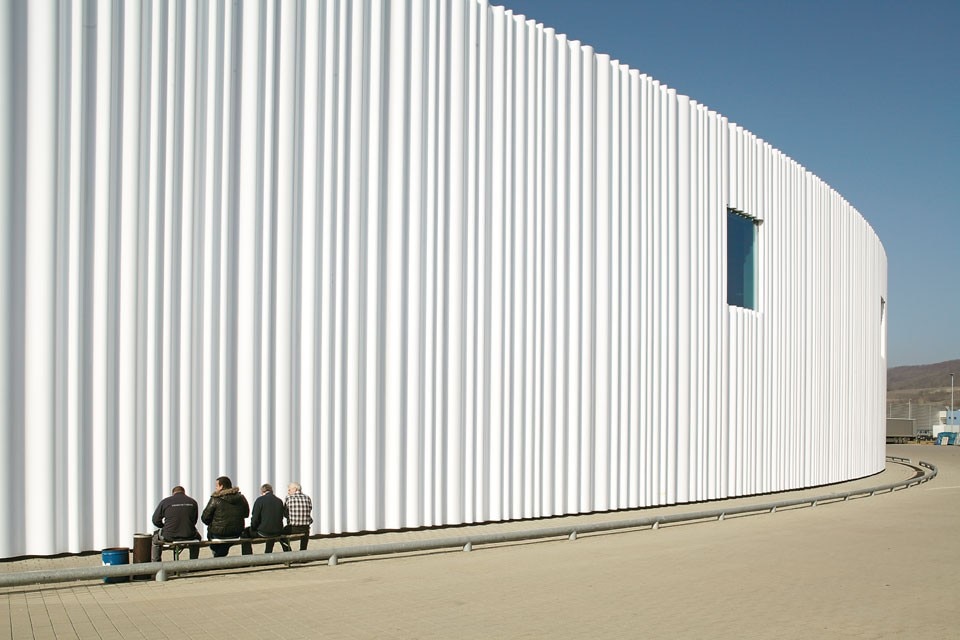 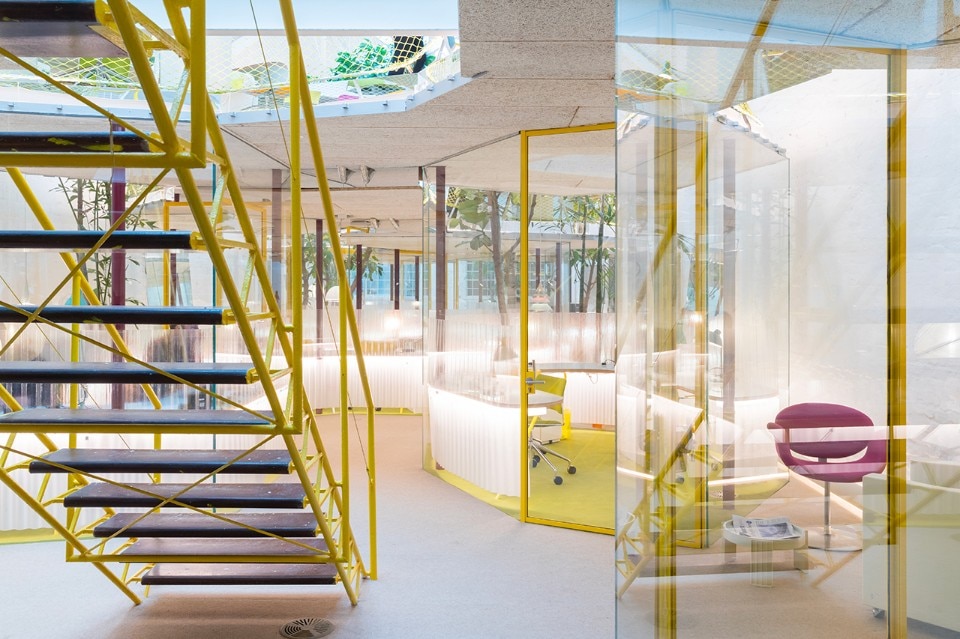 You can read the full article in Domus March 2018 issue.

(...) The project is the Shogin TACT Tsuruoka, the Cultural Hall for the city of Tsuruoka in northern Japan, on the less man-made stretch of coast bordering the Sea of Japan. It develops as a multifunctional space on the same site as the old cultural centre, with the pur- pose of stimulating the whole of Yamagata Prefecture via its future artistic activities.
(...) In 2012 SANAA won the competition and designed an extension for the community’s new civic activities beside a garden and a Han school. Their project incorporated the pre-existing structures of the student and artist collectives which were active at the time of the previous cultural centre.

The scheme’s main feature is the auditorium, which was designed with a reduced depth to close the gap between audience and performers during shows. The tiered seating is laid out like a terraced vineyard so that the sound spreads uniformly from the stage to each row of seats. Positioned at the centre of the building, the auditorium is surrounded by a corridor that becomes a functional public space, while also serving as a link and filter between the various areas of the complex, which includes rehearsal rooms, halls for civic activities and service spaces. When a performance requires greater privacy, partitions can be used to create independent spaces. The enfolding movement of the corridor recalls the sayadō, an element that allows for circulation in temples. One of the clearest examples of this feature is the Buddhist temple of Chūson-ji Konjikidō, where the sayadō makes the sacred area permeable and eliminates the distinction between front and rear.

As with all SANAA’s projects, the programme seeks new compositional relations and social narratives, but at the same time each room becomes independent both structurally and spatially. Hence from outside the building appears fragmented into several volumes that highlight the steel structure, reminiscent of the recent Junko Fukutake Hall and deviating from previous projects. Each of the rooms has a separate roof. The one over the auditorium is imposing and dominates the complex, while the other roofs slope down towards the park, making the building a collection of volumes set at different heights, rather than a single element jarringly out of scale with its setting. This solution evokes the tall roofs of Buddhist temples as well as the roof-garden connection in Kengo Kuma’s design for the Nezu Museum in Tokyo.

Japanese architects have a common taste in choosing materials and geometries: here a selection of projects published on Domusweb.it.