We talked with this year’s Chile Biennial curators about their holistic and radical approach. 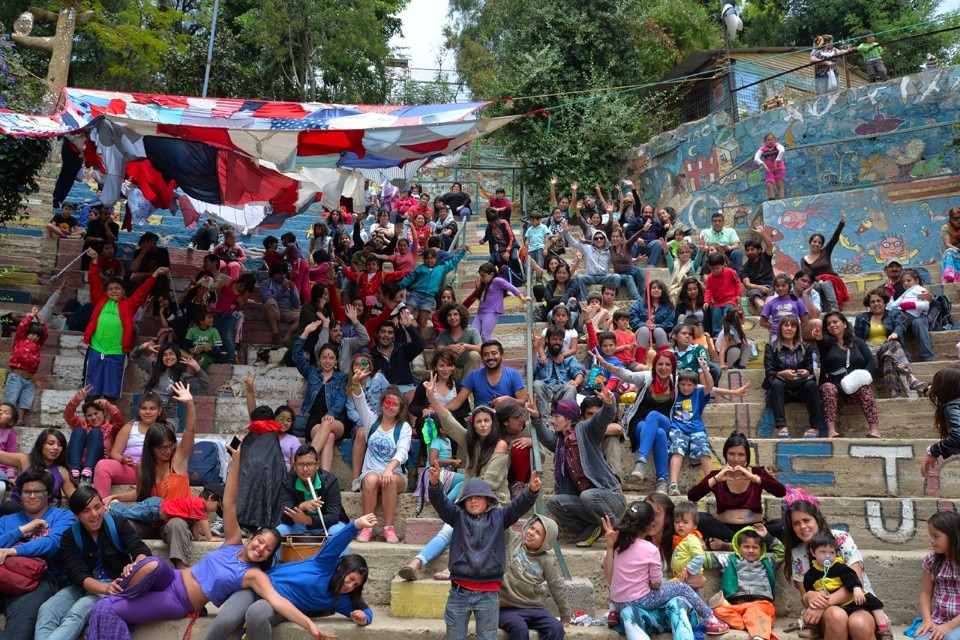 Time: one year ago; scene: the Venice Biennale of Architecture: the Chilean director Alejandro Aravena placed the global peripheries at the centre of current contemporary architecture debate. The most important exhibition in the field was overrun by projects, investigations, theories, and practices that affirm architecture’s role as a creator but also as a vessel of  the “common good”. In recent days another biennial has been inaugurated, this time in Valparaiso; the twentieth edition of the Chilean Bienal de Arquitectura y Urbanismo has maintained the spirit of its Venetian counterpart while it continues to explore the field of social architecture, meaning the search for an architecture that is more inclusive, pluralistic and transversal. We talked to three members of the large curatorial team: Felipe Vera, general curator and executive director; Jeannette Sordi, academy and research curator; Claudio Magrini, activism and Valparaíso territorialisation curator.

Salvatore Peluso: The two biennial shows that recently opened in Chicago and Orleans are basically a deeper look at the past. By contrast the appointment in Valparaiso deals with the “unpostponable” themes of contemporary architecture. What are the most pressing issues you would like to discuss?
Felipe Vera: This biennial originates from the recognition that, in recent years, more and more people as well as professionals are talking about architecture, and not simply from the aesthetic and formal point of view. An attempt is being made to tie the field to ethical and social issues and to reflect on the built environment in all its complexity. To achieve this we can't just limit ourselves to the classic architectural repertory so we decided  to do an open call to try to identify which themes are the most impelling. From the proposals  received we chose seven key words that each correspond to a large investigative overview. The words are commonality, participation, vulnerability, integration, identity, future, resources.

Salvatore Peluso: What lessons were learned from Aravena’s Venice Biennale?
Felipe Vera: We know Alejandro personally and, on a number of occasions, we have been able to discuss our critical ideas with him. While Aravena’s biennial served to give visibility to themes and projects considered marginal by the architectural mainstream, our exhibition is, instead, a call to action, an invitation to reflect as a group. Our event diverges from the Venice Biennale in another way, too; we are far away from the spotlights and so have fewer external pressures. This allowed us to choose the exhibition’s participants in a truly rigorous and coherent fashion.

Salvatore Peluso: What criteria was used to choose the participants? Jeanette Sordi: We subdivided the proposals into four categories: professionals, researchers, activists and institutions. Each one of the curators tried to put into play his own expertise to bring out the different connotations and facets of the issues under examination. Another fundamental aspect of the selection process was the open call. We received almost 500 proposals from which we selected about 50 projects.
Felipe Vera: Considering Chile’s geographical situation, we chose fifteen shows that had already been seen elsewhere but that we felt were necessary to bring to Valparaiso. These include “Exit” by Diller Scofidio and “Border City” by Fernando Romero Architect.

Salvatore Peluso: It seems clear that an approach of interchange has formed the basis of this biennial. What activities are included in the exhibition?
Jeanette Sordi: This Biennial lasts just over two weeks , so in that period we have focused a series of debates and activities aimed at reaching out to and involving the public.
Claudio Magrini: We have developed various workshops to talk about the specific problems of the city of Valparaiso. One of these workshops aimed at students has international tutors, such as Ecosistema Urbano and Barclay & Crousse. We also launched a challenge to several studios: instead of exhibiting works that had already been completed, the participants were asked to create site-specific projects for Valparaiso. In general we can say that the Chilean biennial is a productive, and not merely an expository, event.

While Aravena’s biennial served to give visibility to themes and projects considered marginal by the architectural mainstream, our exhibition is, instead, a call to action, an invitation to reflect as a group.

Salvatore Peluso: The 2014 “Uneven Growth” exhibition at MoMA certainly marked one of the fundamental passages towards the affirmation of Tactical Urbanism within architectural discourse. Now, only three years after the New York show,  these architectural approaches are showing up a number of limits and problems. “Bottom-up is not enough” was the message of a recent essay by historian Michelle Provoost. What tendencies are inherent in such a project? What role can the architect play in this kind of process?
Felipe Vera: I think it is risky to identify predefined formulas. We must always carefully  take into account the project at hand, the urban conditions, the scale and the general context. We have noticed that, more and more frequently,  there are encounters between bottom-up and top-down approaches. We see changes in collective actions but also in institutional attitudes.
Claudio Morina: I agree that “bottom-up is not enough”. However we must recognise that the continuous and radical pressure exerted by some groups is necessary in order for some issues to be inserted in the political agenda. This is the case, for instance, with the Mapocho Pedaleable that was carried out thanks to the citizens’ fundamental activism;  the project called for the construction of a bicycle path within the riverbed,  occupying  the space when the water level was lowest. This marked the beginning of imagining the space’s possible uses in the future.
Jeanette Sordi: In our view the architect can be one of the fundamental players in these new urban processes. He has the sensitivity to recognise critical problems as well as possibilities offered by different urban conditions; he is able to mediate between the parties with diverse interests and to give form to the people’s desire for change. Going back to the Mapocho 42k project, the input of architect and researcher Sandra Iturriaga proved fundamental; she was skilled enough to understand  the citizens’ intentions and she put these into dialogue with the institutions. The difficult but necessary interchange with the various municipalities allowed the project to permanently change the face of the city.