Just completed, the first building in MVRDV’s masterplan for the business park at Shanghai Hongqiao Airport is a flower shaped landmark offering 15.000 sqm of offices. 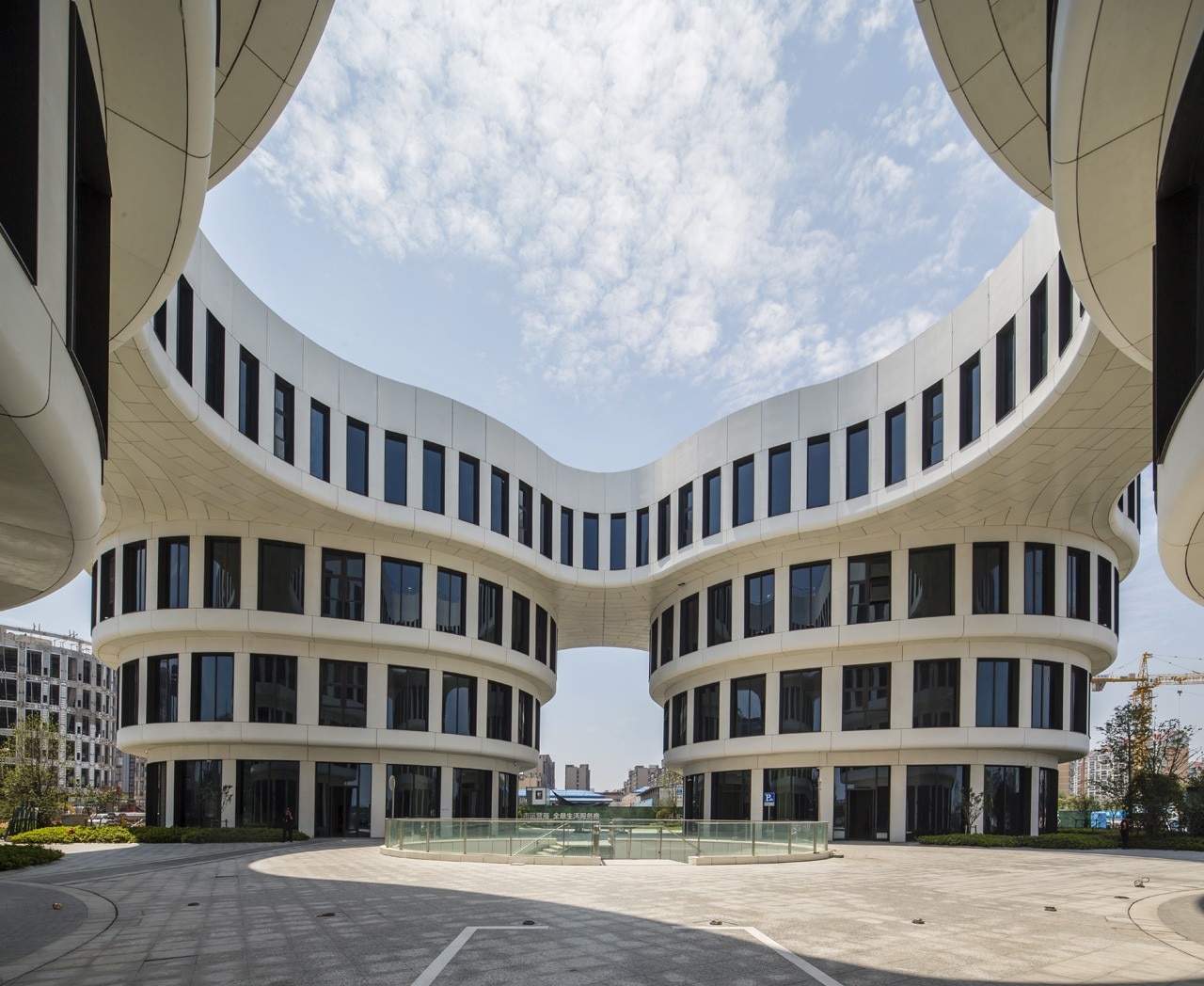 Located near the entrance to a new metro station and conceived as a beacon for pedestrians, the Flower Building is the landmark in MVRDV’s overall plan to create a more intimate form of urban life with pedestrian streets and plazas in an area dominated by large boulevards and high-speed expressways, on the edge of Shanghai’s Honqiao airport.
The second phase of the masterplan, under construction, combines flexible, more generic office spaces with a village-like urban plan that offers intimacy and friendly outdoor spaces.

The building merges the tops of four towers to create a shaded and intimate plaza in between. The building’s ground floor, with the largest windows, will feature retail space, while its top floor features connections between the four towers so that the building can be used flexibly by a one or more different tenants.

The building’s rounded forms minimise the amount of facade necessary, and also optimise views and floorplates.

The cantilevered, self-shading form of the Flower Building is complimented by a facade with smaller openings on the upper floors to reduce energy consumption, leading to the buildings 3-star energy rating. The white facade, made up of extremely light but highly-insulated GRC panels, offers a subtle, shifting grid with expands as it reaches the ground to become more public and open to passers-by, and contracts as it reaches up to reduce the need for air conditioning.