The city in your hands

Architecture is getting faster and funkier as a result of technological developments. Smart cities are materializing. But are they also social? 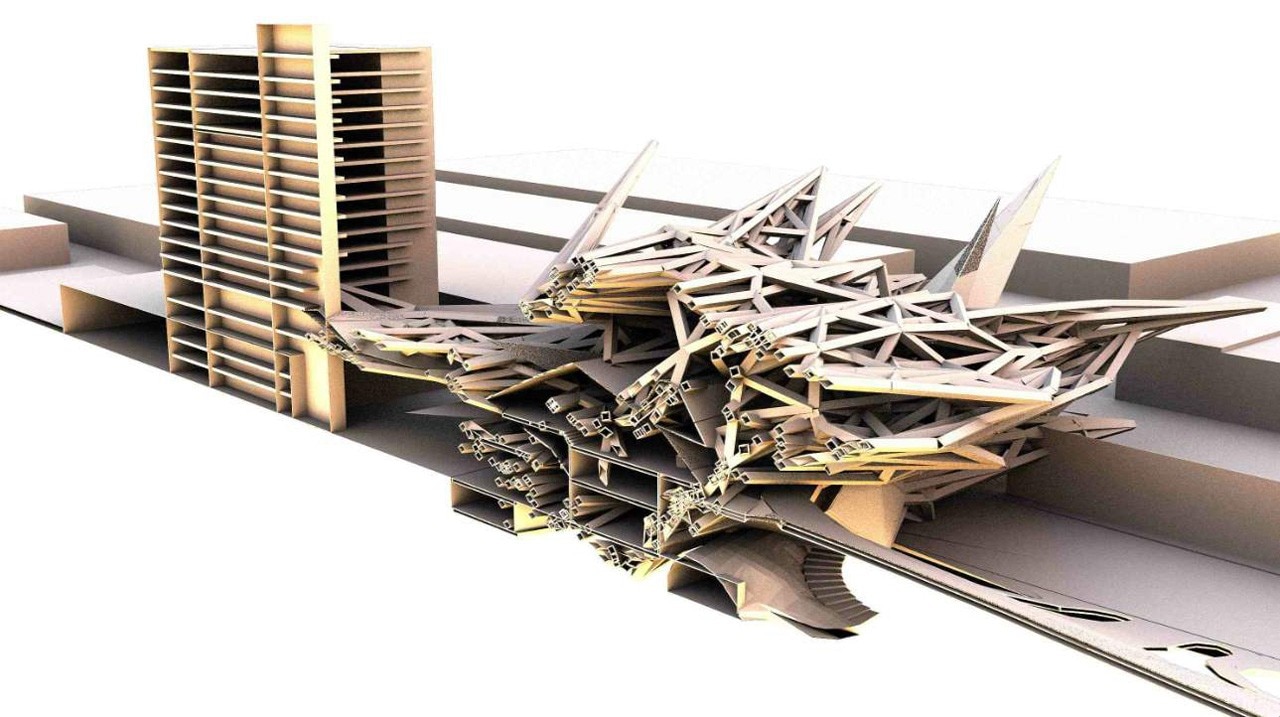 Technological innovation is rapidly changing architecture and urban planning.
Generative algorithms have enabled architects to create gravity-defying roller-coaster buildings, 3D-printing techniques can produce any thinkable shape in almost any material, rapidly fabricated modular tower blocks are built at a dangerous pace and interactive sensory design allows for responsive environments. According to some we “are entering an age of urban infrastructure capable of sensing and responding to the events and activities transpiring around them”.

This real virtuality is becoming all-pervasive and offers great benefits to architects and designers. But in spite of the promise of more cost-efficiency, increased sustainability and improved esthetic quality, these new technologies can just as easily lead to the same kind of dull and dehumanizing spaces that emerged from the previous technological revolution called Modernism. A 3D-printed house might look nice as a rendering, but is not necessarily a good place to live in once it is built. Smart is not always social. Algorithms are perfect for data processing and automated design, but have limited value for the social life of urban spaces and people’s appreciation of architecture.

Luckily, the very same technology that enables the construction of alienating Tetris-buildings and copy-paste-architecture is also bringing people and their built environment closer together. Big data and cloud computing, spurred by the proliferation of smart devices and social media, have produced an endless stream of images and maps that show the places we inhabit and visit and the ways in which we perceive and use them. Our smartphones and the data they generate have become a valuable source of information for urban planners and architects. By tracking our movements, daily habits and interests, they can better adjust their new plans and services.

At the same time residents and other users of cities get more direct control over their built environment with the introduction of interactive tools and the widespread use of smart devices. Users of mobile devices have already become accustomed to the possibilities that urban webservices, like maps and transit and weather information provide. There are many prototypes available of services that give users the power to not only understand, but also shape their city.

In 2012 we developed FloriadeRadar, an experiment into mapping the social-media landscape as a tool for urban planning. It was commissioned by Amsterdam’s Physical Planning Department as part of Amsterdam’s bid to host the 2022 Floriade (the Dutch national horticultural expo) in a post-war residential area. It harnessed and filtered the activity of popular social-media services into a real-time online map interface, making it simple and fast for sense to be made from the large volume of digital activity that addresses the city and its public space. The aim of the project was to provide a democratic, immediate and up-to-date feedback system for the inhabitants of Amsterdam so that faster and better informed planning decisions could be made for the city. The project was discontinued when the city of Almere was selected as the host for the 2022 Floriade.

The FloriadeRadar also mapped new posts on Verbeterdebuurt (Improve the neighourhood), a Dutch social platform that “unites citizens and local government by offering an easy way to improve the neighbourhood”. Internationally there are more and older/better examples of such problem-reporting websites, such as FixMyStreet in the UK and SeeClickFix in the US, where residents literally map their problems and ideas which are communicated to local government. Walkonomics aims to rate the pedestrian-friendliness of every street in the world using an app. Although a large number of the reported problems are indeed being ‘fixed’, the input from residents is mostly limited to annoying potholes, broken streetlights and other minor problems.

More creative tools, that facilitate the actual co-creation of cities, are currently being developed. Betaville aims at providing an online participation platform in the field of urban planning and design. This open-source multi-player environment tool has been developed by a team at the Polytechnic Institute of New York University, in collaboration with the University of Applied Sciences of Bremen. Its main purpose is “to engage the residents of a city in a collaborative, creative environment, where everyone can express their ideas towards enhancing urban areas”.

Ideas for new works of public art, architecture, urban design, and development can be shared, discussed, tweaked, and brought to maturity in context, with the kind of broad participation people take for granted in open source software development. It supports the development process from the first conceptualizations and discussions to decision-making through ongoing engagement of communities. Users are able to visualize proposals of ongoing city development projects, generate new ideas and vote for proposals. The mobile app employs augmented reality technologies in order to provide the user with on-site 3D-visualizations of proposals.

According to data visualization designer Ben Cerveny, we are now entering an era where technology begins to weave together the desires of citizens and the services available to them in their environment in real-time. For him it is quite clear that the first step to unlocking these possibilities is the mobile terminal, or ‘smartphone’. But can we envision these possibilities?

VURB, a research project that was co-founded by Cerveny to explore the relationship between 'computation and urbanism', has created a set of environmental services to be ‘discoverable’ by mobile devices. This user-generated system is called Urbanode and a prototype has been tested successfully in the Melkweg, a large music venue in Amsterdam, making it possible for visitors to change the colors of the lights during a live performance with an Android application. The next step could be to allow people to vote for the music to be played or the visuals to be projected.

Based on the successful pilot and further research, VURB believes that citizens will continue to gain the ability to affect their environment in new ways, using city services the way they would use a digital application in an online environment. Transportation systems, lighting systems, public media hardware like active signage and sound-systems will become objects available for activation, control, and coordination by tools and services that citizens use in their everyday lives.

There are many prototypes available of services that give users the power to not only understand, but also shape their city

Through collaborative interaction with such tools, users of public spaces can configure them for specific temporary functions and even begin to ‘perform’ space together. And because more and more people will “start to use everyday tasks to navigate, understand and operate space, this will feed back into the discipline of architecture and urban planning and design around space”.

With the right mix of new technologies, cities can be both smart and social. Or as Roope Mokka, social scientist and co-founder of think tank Demos Helsinki, put it: “social networking sites already connect people and cluster interests. When these types of virtual systems are used as the mold for our physical surroundings and local governance, cities become truly inclusive.”

Michiel van Iersel is co-founder of Non-fiction, an Amsterdam-based office for cultural innovation.