Mapping the identities, spaces and forces within a temporary zone for displaced residents, 26'10 South Architects and University of Johannesburg students come together, shedding light onto the right to housing debate in South Africa. 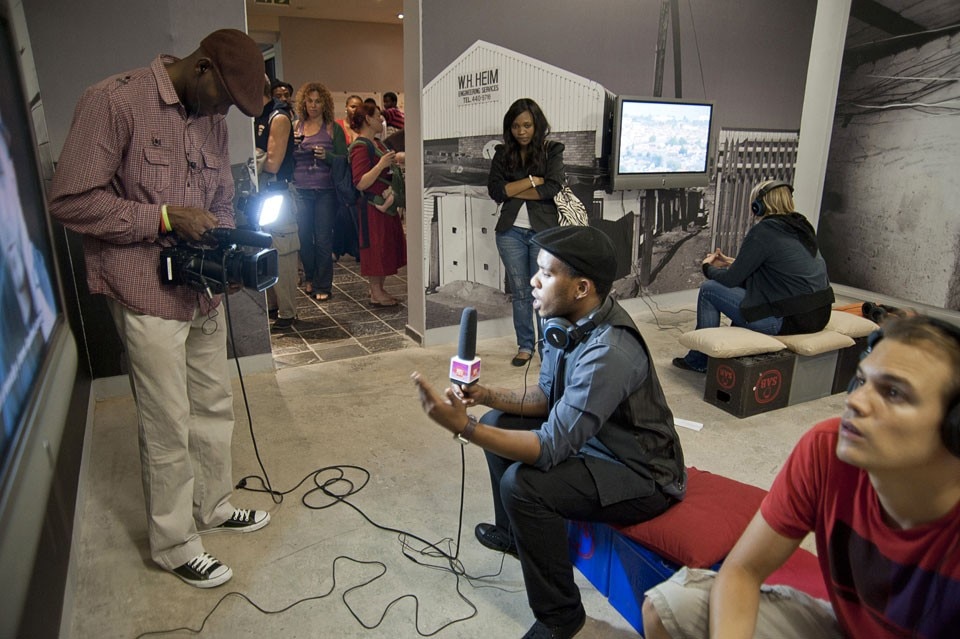 The right to housing is a central part, perhaps even the core of the struggle in South Africa. Housing involves not just the right to land, but also the right to settle it securely through time. The measure of victory over the apartheid has come to be quantified in numbers of units of housing released, a number that is never enough and that constantly extends the historical struggle into the present.

The Marlboro South area of tents and occupied factory sheds looks like a refugee camp. It is effectively that —a temporary zone for displaced residents of the Alexandra township which, as one of the few well located pieces of land in Johannesburg, is the very theatre of the struggle and its fallout. Every piece of vacant land is subject to invasion, every resident drawn into an identification with some community in whose name leaders will stake claims and, occasionally, score some victory in the form of upgraded public amenities, title deeds or, incredibly, new dwellings.

In the northern margins of this fraught space, in buildings and land abandoned by business owners, some 1,500 households camp out in shacks of zinc, timber and plastic sheeting. The rights of this group were taken up in the mid 2000’s by a coalition of NGO partners. Last year, building on earlier collaborations, the Architecture department of the University of Johannesburg’s Faculty of Art, Design and Architecture was brought in to document and propose changes to their physical environment. An impressive workforce of some fifty students advised by 26’10 South Architects and the entirety of the school’s teaching staff moved into Marlboro South in mid-2012, just as the eviction of some shacks began.

The crisis on the ground reads in the format of work that this group settled on. Their project was recast as a reaction to the near-impossibility of beating the state’s strategy of eviction and thereby rendering invisible the community. With support from the Goethe Institute, the group engaged into politics of visibility, mapping the identities, spaces and forces within this particular zone and formatting them as an exhibition that functions as propaganda for the community cause. Alongside the film footage of households and events, aerial images, maps and oral histories on display at the Goethe Institute, students and architects visualised a future neighbourhood that accommodated the evicted households of stand 960.

The collective project reads on many levels: as an ethnographic mapping of the almost bare lives on the margins of cities in Africa, a tribute to the agency of the community, a counter-project at both urban and artefactual scales to the state’s formula of housing. But where it stands out as a groundbreaking project is in a single image that came quite late in the process.

Brought in to assist with the urgent design of rehousing, Eric Wright and Claudia Morgado of BOOM architects found time to step back and map the entire history of the occupation of Marlboro South within a single timeline, in what they called the Processes of Engagement Map. The Map gathers together the many forces — the NGO’s, student groups, state agencies, communities and courts — involved in the process, and decentres them, placing them instead in bands relating to their physical location in time. BOOM then overworked a set of zones and lines onto the diagram to show some of the links, causes and effects of their relationships. The events of the processes of engagement, the many meetings, protests, evictions, court appearances and studios dot the image and link back to the headlines they elicited, highlighting the media’s role in bringing the fight to the public realm.

After being blown up to a much larger scale for the second part of the exhibition at the Gauteng Institute for Architecture’s project space in Braamfontein, the full impact of this campaign map is to overwhelm any single representation or design. It becomes instead an act of design that supercedes the idea that design is defined, Bauhaus style, by the production of an object. In so doing, the map produces something more strategic. In the opening talk, an impromptu offer came from the floor to use the Map as the site for long-overdue engagement between architects and the City about collaboration around the challenges of housing. It seems ironic that the rearguard action of reflection, this illustration of the art of war, so becomes the avant-garde element that the profession most dearly needs. Hannah le Roux