The American architect — who recently invited Woods to work on what would become his first built project — remembers a man of "very passionate beliefs and a deep philosophical commitment to Architecture". 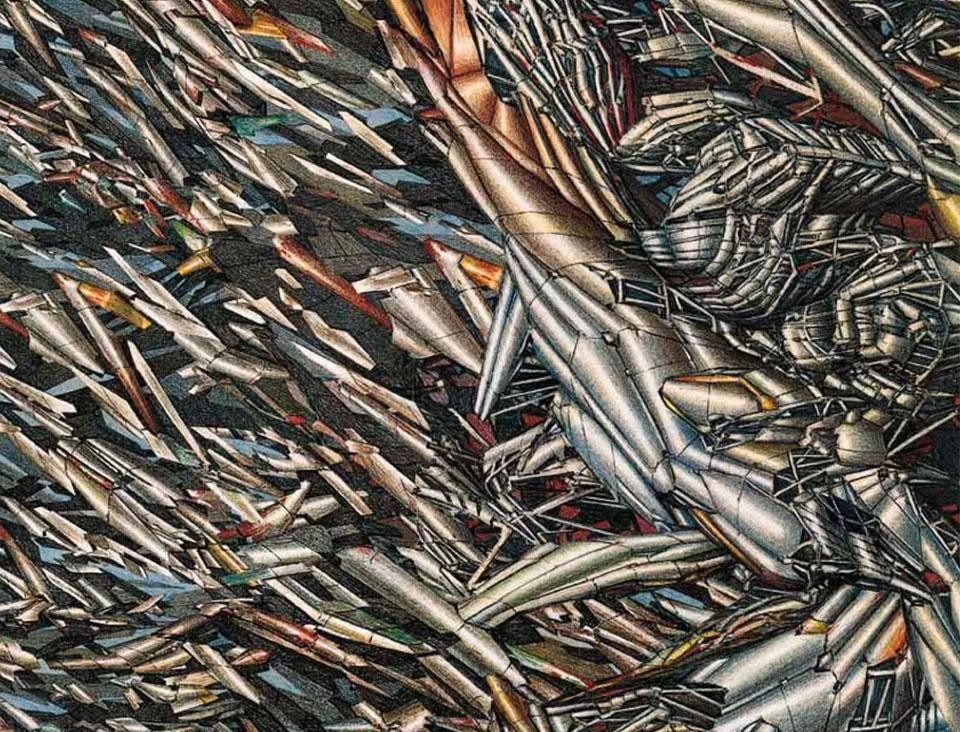 While in Rhinebeck, evacuated from New York City due to Hurricane Sandy, I received a 05:45 phone call from Aleksandra Wagner that Lebbeus Woods just died. She had no electricity and was calling me from a policeman's phone.

Lebbeus was very excited last week about the completion of the Light Pavilion in Chengdu, China. He and Christoph Kumpusch had a champagne toast on 24 October to celebrate this important moment — his first permanent construction.

The freedom of spirit in Architecture that Lebbeus Woods embodied carried with it a rare idealism. Lebbeus had very passionate beliefs and a deep philosophical commitment to Architecture. He often spoke of the importance of ideas and an understanding of our world. His designs were politically charged… fields of reality that he created.

I met Lebbeus in February 1977, introduced by Andrew MacNair, who was the Director of the Institute for Architecture and Urban Studies. I arrived at Leb's small loft near Franklin Street in TriBeCa to find Lebbeus standing bent over an enormous black and white drawing of a Piranesi-like urban vision. His cigarette had a long gray ash that was about to drop as he greeted me briefly and turned to show me the amazing drawing.

As we began discussing the current state of Architecture, I told him I really appreciated his deeply critical remarks on the postmodernism of Charles Moore, Robert Stern, and others that I read while I was in San Francisco.

Lebbeus and I began to meet every couple of weeks at the "Square Diner" as they served "all-you-can-eat-for-a-dollar" bean soup. Our ongoing philosophical discussions lead to our sharing reviews in the design studios we were teaching.

In late 1977, I began work on a project titled Bronx Gymnasium-Bridge that would become the first issue of Pamphlet Architecture. Lebbeus made the third issue with the project Einstein's Tomb. It was an amazing vision for a tomb about Albert Einstein — a strange architecture, which would travel on a beam of light around the Earth. Today I imagine that tomb is occupied by the spirit of Lebbeus.
Leb was a brilliant and charismatic teacher whose classes at Cooper Union were very inspirational. I was always amazed at the original work his students produced. Leb was still passionate about teaching this year. Due to his illness, he taught his class last week from a wheelchair.

Last week, Christoph Kumpusch, the publisher Lars Müller, and I had meetings on a new book called Urban Hopes to be published next year. In this book will be a "book within a book"—or as Lars calls it a "separata" — which records the construction of Lebbeus's Light Pavilion. This publication will be ready for the major exhibition of Lebbeus Woods that will open at the San Francisco Museum of Modern Art next February.

Leb was a brilliant and charismatic teacher whose classes at Cooper Union were very inspirational. I was always amazed at the original work his students produced

In 2007 when I first received the commission to realize a 278,000 square metre urban project in Chengdu, China, I began studies to shape a new public space with this huge project. The building fabric would not strive for iconic objects — rather a simple architecture sliced by sunlight shapes space. "Buildings within buildings" are cut into this fabric; sitting in gaps that are 8-10 stories in the air. I invited Leb to do one, and we did another.

Lebbeus's Pavilion, constructed of huge beams of light, is a place one enters at several levels. Walking on sheets of glass suspended by steel rods, the view is multiplied and infinitely extended via polished stainless steel lining the four-story gap in the building it occupies. Unlike other visionary architects — who risk disappointing when they get a chance to build — Lebbeus's Pavilion is a brilliant and engaging Architecture. One's experience there, especially at night, seems to dissolve the view of the city beyond. Up is down in a feeling of suspension of gravity via light and reflection.
This work merges Art and Architecture as they have merged in the past and are merging in the future. Next week, I will travel to Beijing, then to Chengdu, walk into the Light Pavilion, stand suspended on steel rods and imagine Lebbeus's tomb has been launched — on a beam of light. Steven Holl, Rhinebeck, NY, 30 October 2012

Steven Holl's urban project in Chengdu and Lebbeus Woods's Light Pavilion will be published in the January 2013 issue of Domus.
Share