The two books curated by Chiara Bertola and Fiona Biggiero from the studio of Joseph Kosuth bring together art, architecture and ornament in a stroll through the streets of Venice. 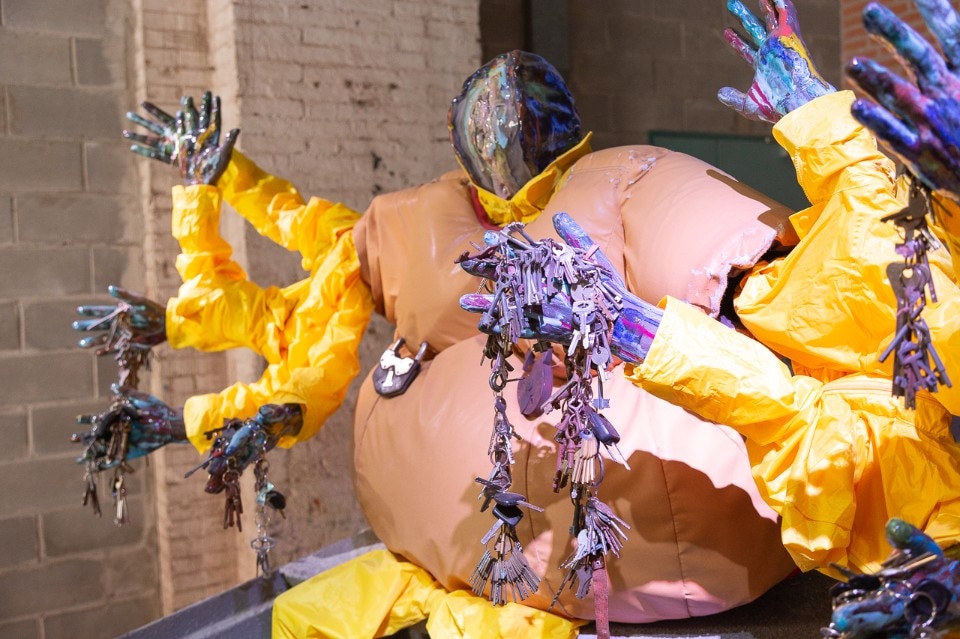 Material of Ornament and To Invert Relations (for Carlo Scarpa) are two small, precious and practically impossible-to-find books (Trolley Publisher) that have now been republished for the 58th Venice Art Biennale. Respectively dedicated to two of the most fascinating of Joseph Kosuth’s works, which integrate with the city and the Grand Canal, the books present motivation, inspiration and concepts as they examine the subject of works in urban spaces. Curated by Chiara Bertola and Fiona Biggiero from the studio of Joseph Kosuth, these books, with their silver and black covers, one the negative image of the other, accompany the works and the hypothetical viewer intend on seeking them out in Venice. They accompany this viewer on a walk in which art, architecture and the city are brought together in the work of Kosuth, who has the extraordinary capacity of creating art that integrated with its surroundings, or rather of including context in his works.

In To Invert Relations (for Carlo Scarpa), for example, Kosuth has created an installation in which the subject is the architecture that plays host, or rather more than playing host, becomes the work itself. Thus on the large window that looks out over the Grand Canal from the Baratto hall of the University of Ca’ Foscari, the American Artist has reproduced thoughts, concepts and even fragments of drawings by Carlo Scarpa, who restored the hall in various stages. The effect is extraordinary. The window framed by the Gothic multi-mullioned opening becomes the surface for the work, but it is a transparent surface, which opens to the urban landscape rather than excluding it, while citing concepts of the Venetian architect. The work is a continuous reference to past and present places and concepts, and while recalling the first tautologies by Kosuth on the glass squares set against the wall, “it becomes one with the architectural environment in which it is set”, as Chiara Bertola writes in the book.

Material of Ornament, dedicated to the neon light installation on the facade of the Querini Stampalia Foundation, represents the search for a fusion of art, architecture and ornament. The book retraces the challenge of ornament, that combination of architectural elements unjustly considered decorative and superficial. Here Kosuth provides a re-reading of John Ruskin and decides to transform the thoughts of the English theorist on ornament in the work. “What interested me was the idea of taking a theoretical model of ornament and using it as ornament itself”, writes Kosuth in the book. “For me, this work serves as a structure referring to tautological models”. However, once again, the visual strength of the work of art is such as to become a context in which the canal, the lane and that glimpse of Campo Santa Maria Formosa over which it looks, while the theory and practice of decoration come together in the book and in the neon characters that illuminate the night.