In Palermo, Manifesta 12 goes for performance: religions, rituals and storytelling

The biennial’s expressive medium of choice is performance. From Marinella Senatore to Invernomuto, read on for a selection of official and unofficial offerings. 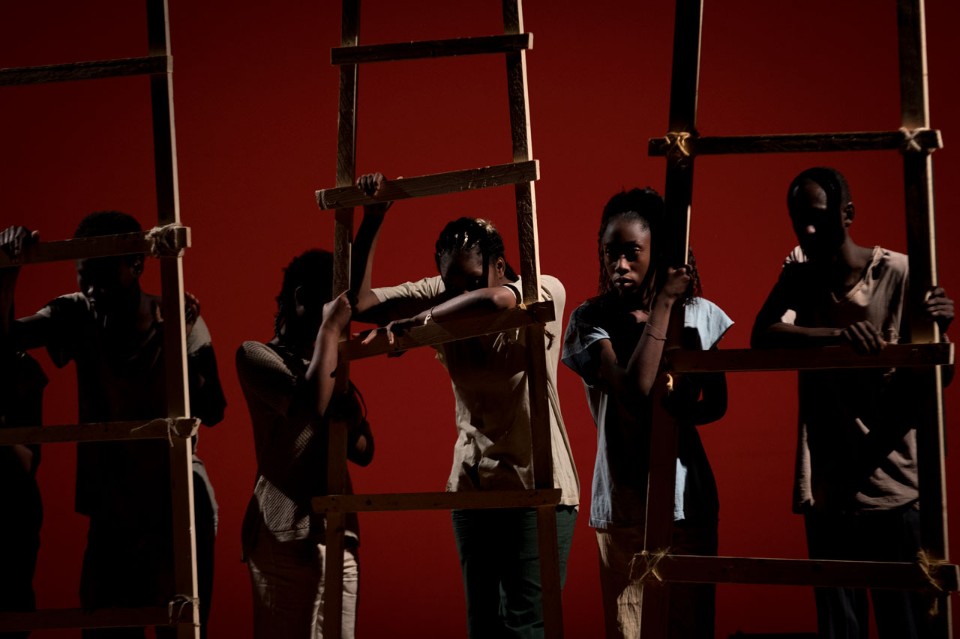 In 2015, the mayor of Palermo, Leoluca Orlando, successfully lobbied with the City Council for the endorsement of the Carta di Palermo, a declaration of intent to initiate a cultural and political process aimed at a drastic change of the citizenship law: the abolishment of residency permits and the establishment of mobility as a human right. The process is nebulous and still has a long road ahead, but a bitter reverse shot of its scenario reared its head during the inaugural days of Manifesta 12, when Italy's new interior minister, Matteo Salvini, closed the country's ports to rescue boats. The Aquarius, a ship looking to dock in Italy with 629 migrants aboard, was blocked off the coast of Sicily.

In this climate of psychological terrorism, Leoluca Orlando opened the Manifesta by reaffirming his position of openness and hospitality. His was a sharp political and cultural message regarding the migration crisis, currently the emergency most pondered, interpreted and – it must be said – exploited by politics and contemporary art.

So the choice of Palermo for this year's Manifesta is not random. The exhibition’s title “A Planetary Garden: Cultivating Coexistence” borrows a botanical metaphor from the French landscape artist Gilles Clément, who compares the world to an immense garden humanity must tend to. Palermo is taken as a point of departure and arrival, to stimulate considerations that apparently lead to the renegotiation of the concept of mobility and migratory flux. We observe here how historical and cultural stratification has generated a polyamorous and antagonistic commixture between Greek, Roman, Byzantine, Arab, Norman and Bourbon influences.

The programme of performances at Manifesta features productions inspired by the religious syncretism that belongs to this planet. They contain alternating aspects of paganism and Catholicism, which have always been expressed in processions and folk festivals, and blend them with contemporary rituals whose foremost value is participation as a means to reappropriate different types of space and time.

Palermo Procession by Marinella Senatore found in Palermo what was perhaps its best rendering. It responded in a spontaneous and emotively captivating way to the genius loci of a city that has based its form of cohesion on "the parade". The nomadic party of this performance swept up a heterogeneous crowd, following a precise dramaturgy for urban storytelling. Senatore had artisans from the ANPI (national association of Italian partisans) and tap dancers accompanied by groups of artists that had participated in her 2016 parade held in Modica (Modica Street Musical, presented by Galleria La Veronica), giving the initiative the structure of a virtual travelling theatre company founded on the principle of social sharing instead of strategic and economic sharing.

Santa Rosalia, the saint who saved Palermo from the plague in 1625, is referenced by Matilde Cassani, whose Tutto composes the theatrical basis for a moment of pure collective joy that seems to want to get us talking more than it aims to be an homage. A pyrotechnical explosion of confetti and streamers reproduces sacred icons on four velvet banners hung from Quattro Canti, a baroque square that is a symbol of the city. The saints Santa Lucia, Santa Rosalia, San Francesco and Sant’Antonio are taken as symbols of diversity and transformation still underway. The mix of religion and legend running through the city like a rumour is magnified by seeing things such as the float used that very same day, not far from here, to carry on a procession the 16th-century statue of Santo Onofrio, called u piluso (the hairy one), to whom women turn in search of a husband or lost items.

Festino della terra by the Nigerian artist Jelili Atiku is another allegory. It uses the act of collective walking in reference to a sacred ritual, carrying on a procession natural elements such as plants and rocks. Along with wooden sculptures that bear sacred African symbolism, these shuffle the signs of diverse religious beliefs.

The young Croatian artist Nora Turato concentrates on language and the power of words. Her I’m happy to own my implicit biases (malo mrkva, malo batina) is a monologue shouted and whispered in a number of languages, telling concealed stories that were imprisoned by the prejudices of history. Turato is inspired by the donas de fuera ("ladies from the outside") who were declared outcasts during the Spanish Inquisition.

But performance along the lines of the Manifesta concept is not only found on the official programme. In a more forceful way, it appears in the city often as a flash or as a grotesque reminiscence in the manner of Ciprì & Mareso or Francis Ford Coppola. Around the small bay on Caletta Sant'Erasmo, at the end of the Foro Italico, it seems as if work by Jordi Colomer is perennially on show. His New Palermo Felicissima is a beautiful video made in collaboration with several students from the film school Centro Sperimentale di Cinematografia in Palermo. It is the result of a performance at sea in a boat setting off from Caletta Sant'Erasmo toward the south coast. On board are a variety of symbolic characters from this out-of-the-way neighbourhood called Kalsa. The hilarious trip is a light-hearted, never-dramatic discovery of a piece of city that is partially abandoned, but characteristically inhabited by eclectic, real and temporary humanity.

“Temporary” is not what the effect of the Manifesta aims to be. Its concept speaks of cultivating our planet, and nourishing it in order to fortify it, which is something seen in the long-term work by the artist Leone Contini, who has built a bower in the former colonial section of the Botanical Garden.

Once again, I ask myself how we can discuss the migration issue without running the risk of cannibalising it instead of allowing it to nourish us. Whether you look from the sea or from the coast, the Mediterranean is currently the location of the most exemplary aberration of our times. The sonic installation Black Med by the artistic duo Invernomuto is a lecture-style performance synonymous with a route of comprehension. Music traces a sentimental framework that is able to transgress and offer new forms of hearing by which to listen to the Mediterranean Sea.