Carlo Scarpa. The exhibition design of Palazzo Abatellis in Palermo, 1953-54

From Domus archives, images and sketches by the Venetian master recount his refined work on the 15th century noble building. 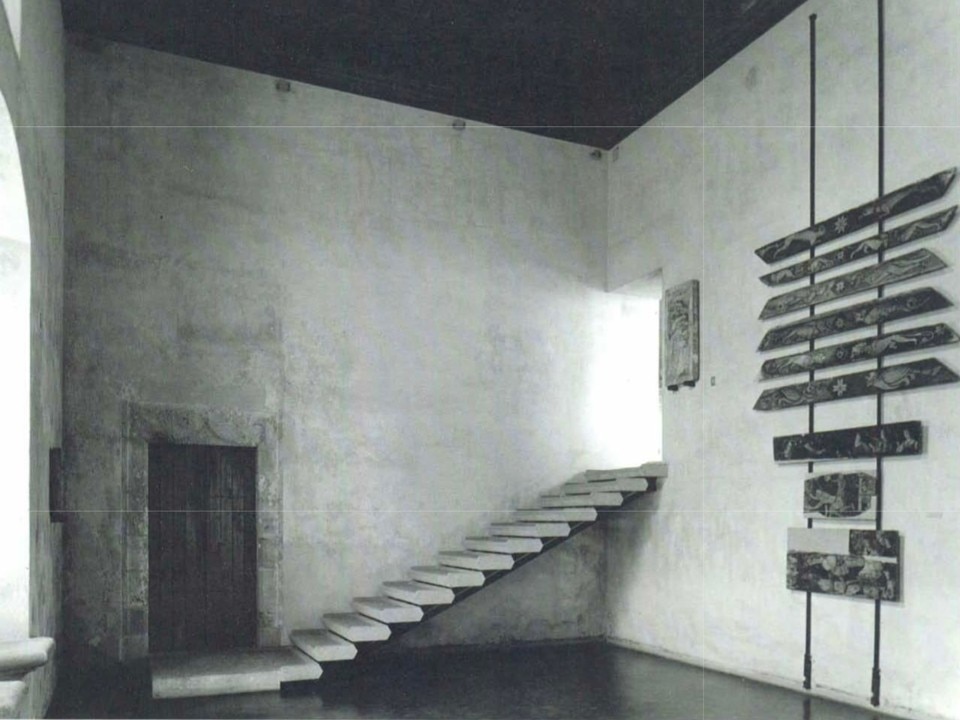 In 1953, Carlo Scarpa went to Palermo, proceeded by the fame that procured him the year before the refined preparation of the Antonello exhibition in Messina. Scarpa, new “Byzantine” master, was inebriated by the effluvia of the aromas and the spices that make the atmosphere heavy and dense with smells, by the sharp racket of the children and the rhythmical sing songs, by the riot of the sun and the colours rendered so intense by the violent light of the Mediterranean. Called to prepare the rooms of the new Gallery of Sicily in the Abatellis Palace, Scarpa found amongst the powerful ashlars, the ideal archetypes of his material voluptuousness, of his sensitive taste for form and making geometrical; he found the fabulous space of his imaginary figure, reconstructed the charm that these places recall and on the impressum invented his dialettic itinerary.

Scarpa’s architectonic “retouch” to the substantial refurbishment carried out after the war by the superintendents Mario Guiotto and Armando Dillon, limits itself to a few but significant interventions. The Venetian master couldn’t resist the charm of the warm stone of Aspra and he redid some missing parts of original ornaments in style, especially the external stairs with an orthogonal intertwined mesh.
The material yields to the design not for the dialect of a simple ornament, but that representation of a necessary law. In an anachronistic comparison with the time, Scarpa struggles between skilful technical manual ability and the abstract lucubration around the form, arranging that which is perfectly in his possession according to the icons of a foreseen idea.

The partition of the Abatellis Museum (first work of Scarpa’s museum interventions seeing the preceeding had only been temporary and partial fitting intervention, even if not a minor value of the Gallery of the Accademy), orders the rooms in chronological progression and arranges the works to be exhibited according to the discipline and the two floors – sculpture on the ground floor and painting on the upper floor. The succession is composed of dialoguing axes and stressed pauses in front of expositive devices, that directing the pieces to the light softened by the special curtains, reveal to the eyes of the learners the mysteries of the arts.