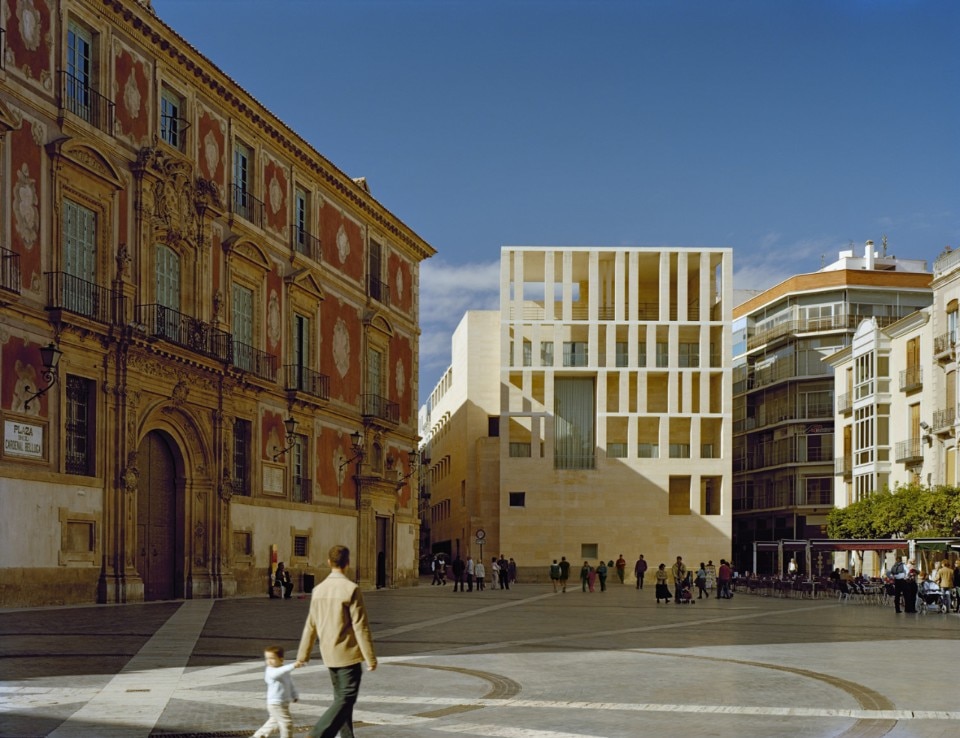 Combining professional practice with research, critical writing and academic activity, Rafael Moneo (Tudela, 1937) stands as one of the most complex and interesting contemporary Spanish architects.

Before founding his own firm, he worked with Francisco Javier Sáenz de Oiza and later collaborated with Jørn Utzon in Copenhagen. Since the beginning of his career, Moneo has worked on refining an innovative architectural language of semantics that incorporate and interpret modernism.

Accuracy in the choice of materials and attention to construction details are qualities that can be appreciated in his entire production. The complex relation between history, heritage and context is a recurring theme in his architectural research.

As shown in the National Museum of Roman Art in Merida (1980-1986), the repetition of brick arches combined with the study of light create a sense of tension echoing monumental atmospheres, while the new structures openly declare their contemporary nature.

The rhythmic facade of the Murcia City Hall (1998) is another example of Moneo’s precise architectural gesture, that in this case gives rise to a balanced juxtaposition of the new building’s outstanding presence and the historical baroque urban fabric around it.

Throughout his long career, Rafael Moneo’s work has been internationally recognized and awarded several prizes, including 0the Pritzker Prize (1996) and the RIBA Royal Gold Medal (2003).