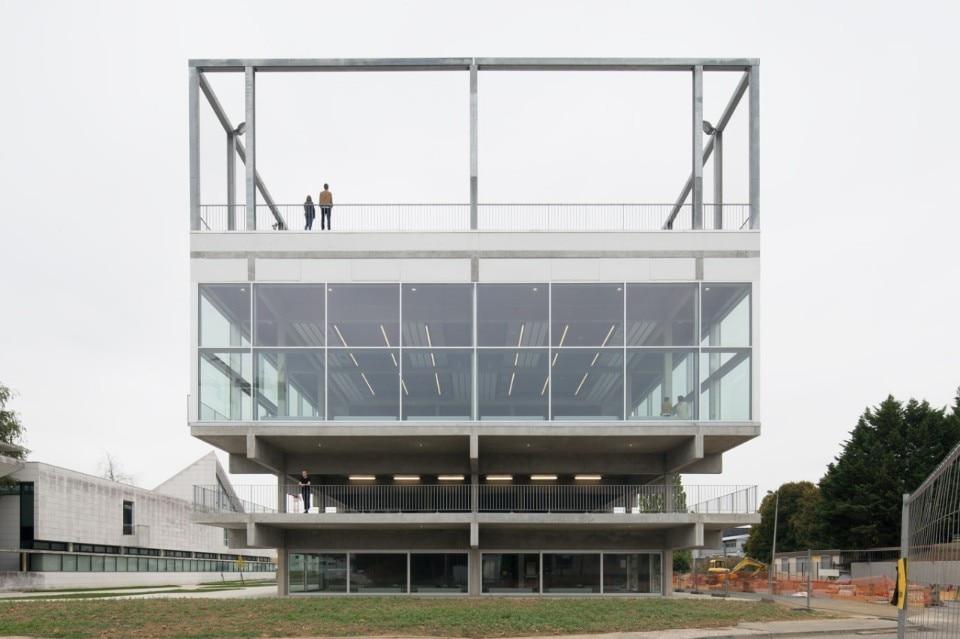 The pure volumes of the Oscar Niemeyer-designed former home of the French Communist Party dominate the wide traffic circle of the Colonel Fabien metro stop in Paris. Coincidentally, the Muoto office lies nearby. This is somewhat surprising, seeing its architectural work contains a subtle but unmistakable reference to modernism. The oxymoron “archaic modernity” was chosen by Muoto to define its approach, which contrasts with “heroic modernity” centred on the idea of progress.

Muoto explains its brand of modernity as being “joyful and dark at the same time”, stemming from the firm’s origins in a period of economic recession. Here, expressivity gives lifeblood to limited material means, a spirit that is echoed in the name Muoto, which means “form” in Finnish.

Gilles Delalex (Thonons-les-Bains, France, 1972) and Yves Moreau (Uccle, Belgium, 1976) founded the office in 2003, after working together at Dominique Perrault Architecture. The Frenchman Delalex teaches and directs the Department of Theory, History and Design at the École nationale supérieure d’architecture de Paris-Malaquais.

The Dutch-Belgian Moreau is the winner of the 2007–2008 Nouveaux Albums des Jeunes Architectes et des Paysagistes. Seeking a new narrative with every project, Muoto’s work is formally heterogeneous and coherent in its solutions, giving rise to an dentity that is at once sober and audacious.

The school complex Boulogne Billancourt (2018), which sits on a triangular lot at the Rives de Seine development, is cladded with blue-anodised corrugated aluminium panels in commemoration of the area’s industrial past. The student hall (2016) on the Saclay University Campus in Paris, inserted into a master plan by Xaveer De Geyter Architects, shows a minimal structure of metal and concrete responding to the requirements of a tight budget. This condition did not prevent Muoto from reaching a high level of spatial and expressive quality, a fact that has been awarded several prizes.

The Stendhal building (2017) on Rue Stendhal in Paris is a mix of social housing, kindergarten and emergency shelter. With a staggered elevation toward the street, the main facades are enlivened by external white blinds slid into a grid of dark frames.