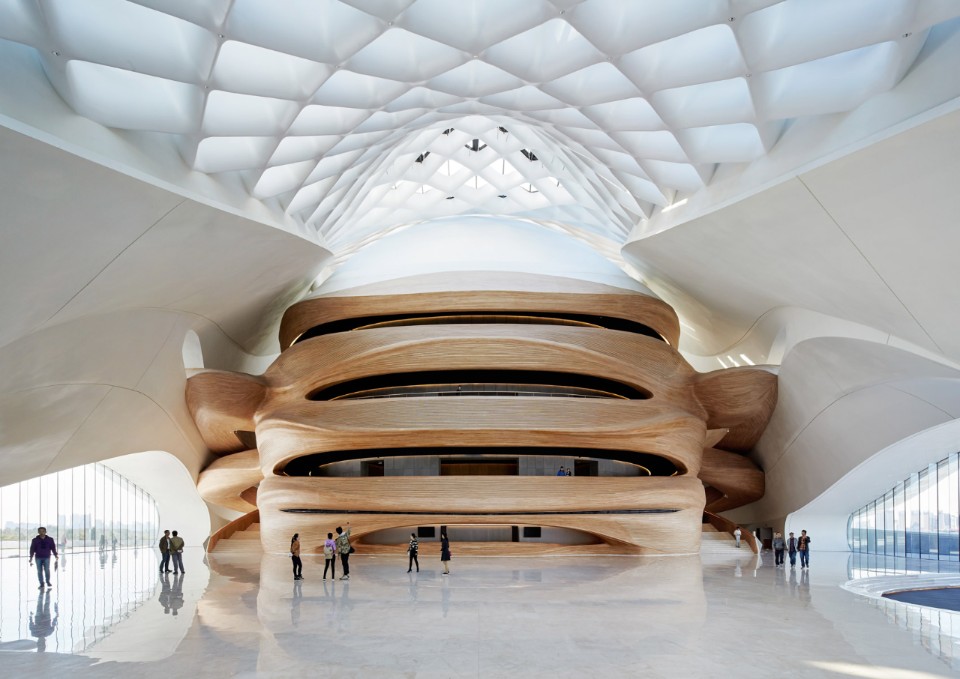 Founded in Beijing in 2004 by Ma Yansong (Beijing 1975), MAD Architects works on an architectural line aimed at a future that is marked by large-scale megalopolises and increasingly elusive relations between built space and non-anthropic space. Said future envisioned by MAD is not only full of new kinds of material and technology, but also based on the popular imagery that developed back when humans first explored the possibility of transporting life far away from planet Earth.

The minimalistic-looking codes and interiors of spaceships transferred ideas for new aesthetics and visual languages to the terrestrial world – the lunar landing and return to Earth of the Apollo 17, and the inauguration of the Nakagin Capsule Tower in Tokyo both took place in 1972, three years before Yansong was born.

Fantasy-filled imaginary extra-terrestrial life is one of the recurring themes inspiring MAD architecture, expressed in gigantism and fluidity of forms and space. The Harbin Opera House in Harbin, China (2015) and other projects under construction – including the Ouzhou Sports Campus in China and the Lucas Museum of Narrative Art in Los Angeles – are where cities and landscapes follow the inverse route with respect to that pursued by science fiction in the last 100 years, bringing to Earth scenarios already visualised in other worlds.

Reading between the lines of these often surprising buildings, there does not appear to be a real change of paradigm with respect to that century-old modern trajectory. Whether they have only been imagined or resemble those already built in the past when technology and means were less powerful, the forms that MAD proposes come across as being crazy yet familiar, perhaps due to the fact that they have existed in our minds for a very, very long time.