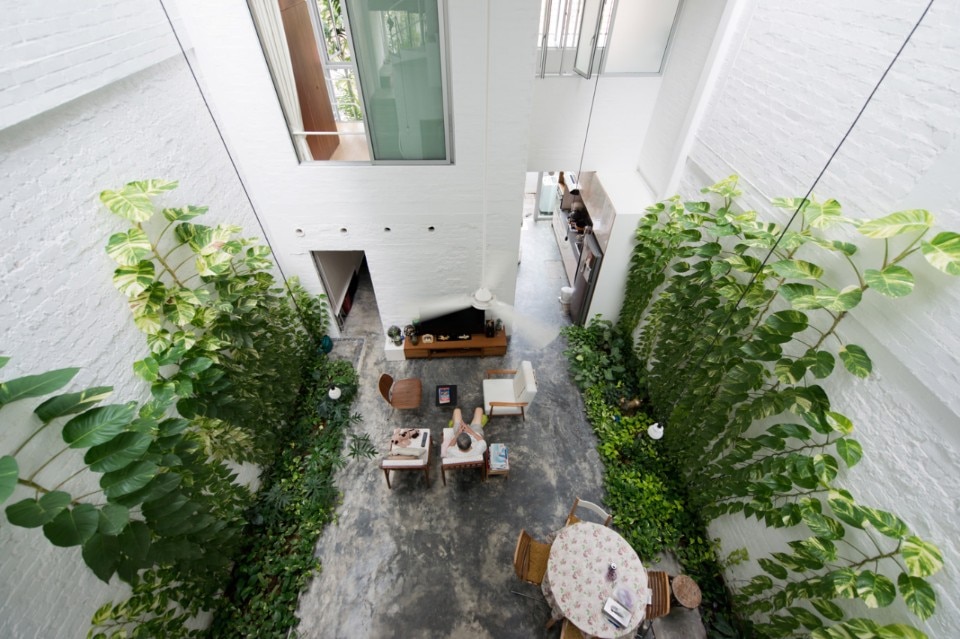 Ling Hao (1968) founded his office in 2000 in Singapore, the city-state island said to have shifted from “third world to first world in a single generation” under the government of Lee Kuan Yew (1959-1990). Born in Kuching, East Malaysia, Hao graduated from the University of New South Wales, Australia. In 1993, he moved to Singapore to join Tangguanbee Architects where he worked for five years. In 1998, he founded Ham Architects with Tan Kok Meng.

Hao grew up in a 1960s concrete “compound” house (a word said to come from kampong, the Malaysian word for “village”). This is a building type where the ground floor is completely open. Here, he had the opportunity to experience life in an exuberant environment.

Ling Hao’s practice is underpinned by the keen observation and study of the tremendous transformations that took place in and around Singapore, and how old and new inhabitants populate these areas. His architectural thinking is attracted by soft space delimitations such as curtains, plants and promenades architecturales. Such elements are seen in the T House (2011), a renovation of a one-story terrace house from the 1950s, where rooms are arranged around a central court and connected by paths. It is crowned by a 6 x 12.5-metre rooftop garden for family activities and gardening.

At Satay by the Bay (2012, in association with KUU architects), an open-air food pavilion set in the gardens of downtown Marina Bay, Singapore, customers are protected by a sculptural, curvilinear concrete slab of 2,000 square metres. Without concealing its presence, the planted canopy blends into the site’s lush vegetation. Both projects were recipients of the President’s Design Award Singapore in 2013 and 2014, confirming Ling Hao’s ability to define spaces with a soothing sense of intimacy, regardless of scale.

Nowadays, when he speaks of his work, he uses a specific vocabulary that reflects his understanding of architecture set in the atmospheric conditions of the equatorial climate: tactile materials and textures, actions in space, experiences of space, and a blurring of boundaries between inside and outside.